The showing was a remarkable gesture of solidarity between the two Asian neighbors following a deadly clash between their armies’ border troops in the Himalayas just over a week ago.

According to the report, an Indian Tri-Service contingent marched through Moscow’s historic Red Square followed minutes later by a unit of the Chinese People’s Liberation Army honor guard. An estimated 14,000 soldiers from 17 countries participated in the military procession, which marked the 75th anniversary of the Soviet Union’s victory over Nazi Germany in World War II.

Both Indian Defense Minister Rajnath Singh and Chinese Defense Minister Wei Fenghe attended the Victory Day festivities. Although recent media reports in Asia suggested the two diplomats might meet while in Moscow, India’s Ministry of Defense on Tuesday denied that a meeting would take place, according to the Nikkei. 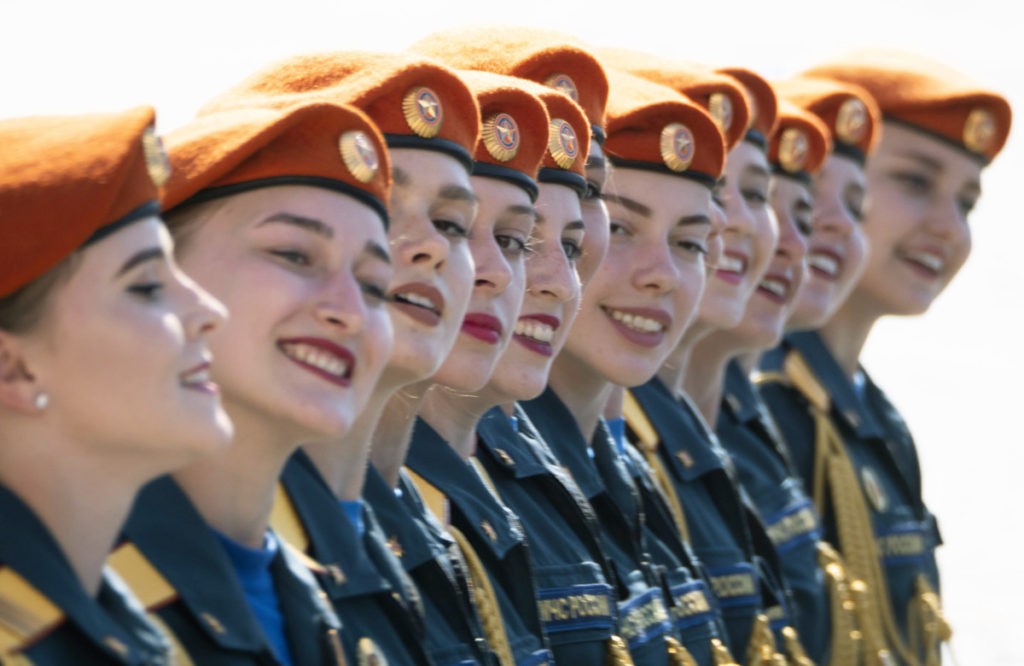 Female Ministry of Emergency Situations employees march during the Victory Day military parade marking the 75th anniversary of the Nazi defeat in WWII, at Dvortsovaya (Palace) Square in St.Petersburg, Russia, Wednesday, June 24, 2020. The Victory Day parade normally is held on May 9, the nation’s most important secular holiday, but this year it was postponed due to the coronavirus pandemic. (AP Photo/Dmitri Lovetsky)

Singh, who was on a three-day visit to Russia starting Monday, did meet with Russia’s Deputy Prime Minister Yury Borisov. They discussed “defense cooperation” between India and Russia and explored “ways to expand it,” according to India’s Zee News.

On Wednesday, Singh posted photos of Indian soldiers marching in the Victory Day Parade to his official Twitter account, along with a caption expressing his pleasure with India’s participation in the event.

“I am proud that a Tri-Service contingent of the Indian Armed Forces is also participating in this parade,” Singh wrote. “[It] is indeed an extremely proud and happy moment for me,” he added.

Chinese state media also shared photos of its armed forces marching in the parade, along with details of what it called the display of “Russia’s fighting capabilities” in the military procession. “The parade featured more than 200 units of military equipment as well as 75 planes and helicopters. Over 20 pieces of new equipment, including Tosochka flame-throwers, T-90M tanks, and Buk-M3 surface-to-air missile systems, [were] shown for the first time,” China’s state-run People’s Daily wrote.