Japanese scientists have journeyed to the vast expanses of the Australian outback to retrieve a capsule containing the first sub-surface samples from an asteroid, ending a six-year journey of more than three billion miles.

The ABC reports the Asian nation’s space agency said the mission will help address some of the most fundamental questions about how our solar system formed and where elements, such as water, came from.

The Hayabusa2 spacecraft had successfully released the small capsule on Saturday and sent it toward Earth to deliver samples from a distant asteroid, the Japan Aerospace Exploration Agency (JAXA) said.

A helicopter flew the capsule from the unmanned craft to a domestic research facility of the JAXA near the Woomera rocket test center landing site.

“The probe landed on the asteroid twice, and the second time it created an artificial crater and collected some debris,” agency president Hiroshi Yamakawa told a news conference, Reuters reports.

“I hope this will shed light on how the solar system was formed and how water was brought to Earth.” 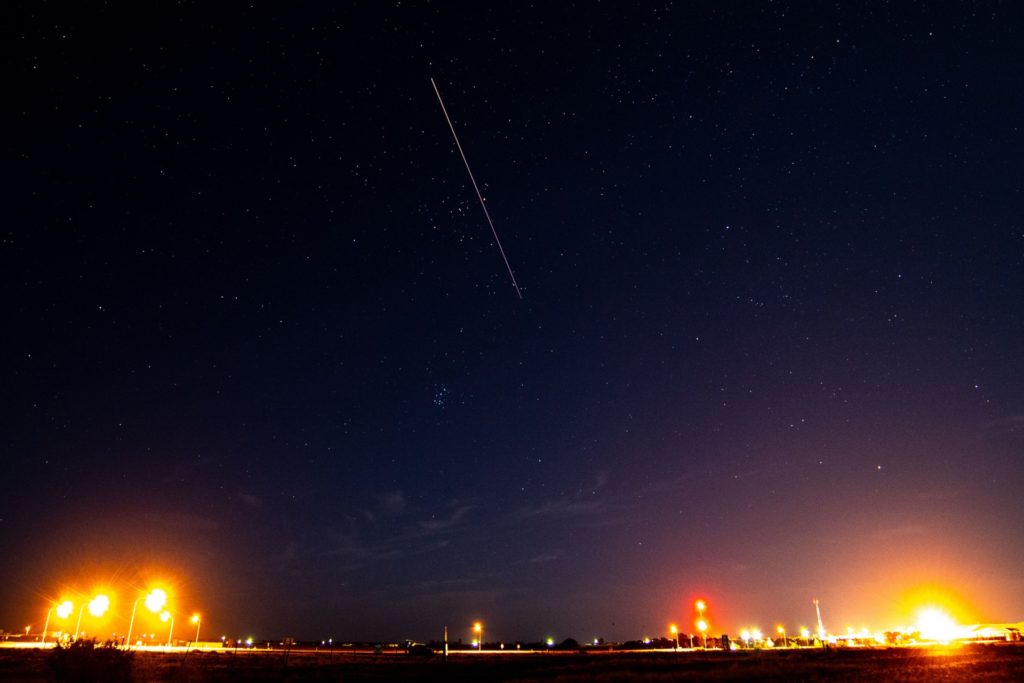 A long exposure shows the light trail of a re-entry capsule, carrying samples collected from a distant asteroid after being released by Japanese space probe Hayabusa-2, entering the Earth’s atmosphere as seen from Coober Pedy in South Australia early on December 6, 2020. ( MORGAN SETTE/AFP via Getty Images)

The capsule may also contain some gas, which will be extracted in Australia, Yamakawa added.

The spacecraft, launched in 2014 from Japan’s Tanegashima space centre, journeyed for four years to the asteroid Ryugu, where it gathered a sample and headed home in November 2019.