The Global Times and other Chinese state propaganda outlets have spent much of the past month advertising Wuhan as a tourist destination with robust nightlife, crowded events like concerts and theater plays, and open amusement parks – in contrast with much of the rest of the world that, thanks to the Chinese coronavirus pandemic, has largely outlawed large gatherings.

Reporting on the order to hoard emergency supplies followed the publication of dramatic images of New Year’s Eve celebrations attracting thousands in Wuhan. Public health experts have globally discouraged such events, as they have a high probability of spreading the contagious Chinese coronavirus.

“It is W.H.O.’s view that all countries with community transmission should seriously consider postponing or reducing mass gatherings that bring people together,” the World Health Organization (W.H.O.) recommends on its website, “and have the potential to amplify disease and support the recommended best practice of physical distancing.”

“Central China’s Wuhan, where the [Chinese coronavirus] epidemic first broke out, has released a list of emergency materials that Chinese families should stock, and called on the public to make preparations in the event that another serious outbreak occurs,” the Global Times revealed this weekend. “The list of emergency materials released by the Wuhan Emergency Management Bureau covers three major categories – daily basic necessities, first aid products and medical emergency supplies.”

“The epidemic reminds us of our country’s shortcomings in emergency supply production and stockpiling,” a Communist Party-approved “expert” reportedly told the newspaper. The Times admitted that Wuhan’s officials failed to appropriately respond to the pandemic a year ago, calling the first weeks of the outbreak a “chaotic period,” but applauded the officials for planning against a respiratory infection now.

The order to stockpile emergency supplies – including sanitary masks, influenza and other respiratory disease medication, and first aid kits – followed amendments to Wuhan’s emergency response laws last week. CGTN, the Chinese government broadcast network, reported that Wuhan has implemented new regulations forcing the local government to announce any information about a potential emergency within five hours of the initial incident. The regulation also forces the local government to hold a press conference within 24 hours of any incident that can be described as an emergency.

The regulation is local, meaning it only applies to Wuhan, laying the blame for the spread of the Chinese coronavirus on Wuhan officials and not Beijing. Leaked Chinese government documents date the diagnosis of the first case of Chinese coronavirus ever on November 17, 2019. According to the W.H.O., W.H.O. officials in China identified the spread of a novel coronavirus on their own, without the help of the Chinese government. The government of Taiwan independently warned the W.H.O. in December that it had intelligence of the spread of an infectious respiratory disease within China, but, according to Taiwanese officials, was “mostly ignored.” 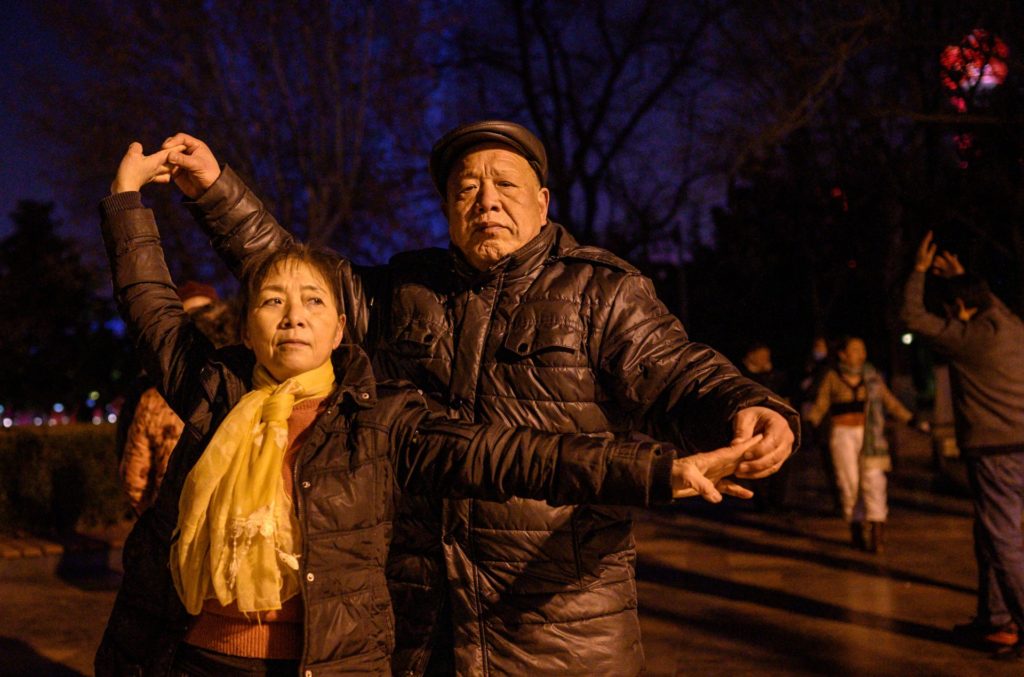 People dance on the banks of Yangtze River on New Year’s Eve in Wuhan, in Chinas central Hubei province on December 31, 2020. (NOEL CELIS/AFP via Getty Images)

While Beijing remained silent about the growing outbreak, police in Wuhan arrested and otherwise pressured individuals into silence with information about the disease. The most prominent cases of this suppression are those of Li Wenliang and Zhang Zhan, a doctor and citizen journalist respectively.

Li died in February, officially of coronavirus infection, after police detained him for sharing basic infection disease control information on WeChat, a Chinese social media outlet, such as encouraging people to wash their hands.

Zhang was sentenced to four years in prison last week for the crime of “picking quarrels and provoking trouble” by publishing true reports on the coronavirus situation in Wuhan.

In light of the damning timeline of how the world discovered the Chinese coronavirus, Beijing largely blamed Wuhan officials. The mayor of Wuhan, however, claimed that his government did not disclose evidence of a contagious disease spreading because Chinese law bans local officials from doing so.

“Regarding the untimely disclosure, [I] hope everyone can understand. [Coronavirus] is a contagious disease. Contagious diseases have relevant law and information needs to be disclosed according to law,” Mayor Zhou Xianwang said in January 2020.“As [the head of] a local government, after I receive the information, [I] can only release it after being authorized.”

Zhou offered to resign, but at press time remains mayor of Wuhan.

At the same press conference last year, Zhou admitted that, because he did not have the authorization to warn the public of a contagious disease, 5 million of the city’s 11 million residents left the city to travel around the world for Lunar New Year, facilitating the spread of the virus. Wuhan also held a Lunar New Year banquet for 130,000 people – most of them elderly and, thus, more vulnerable to viral complications – in an attempt to break a Guinness World Record. 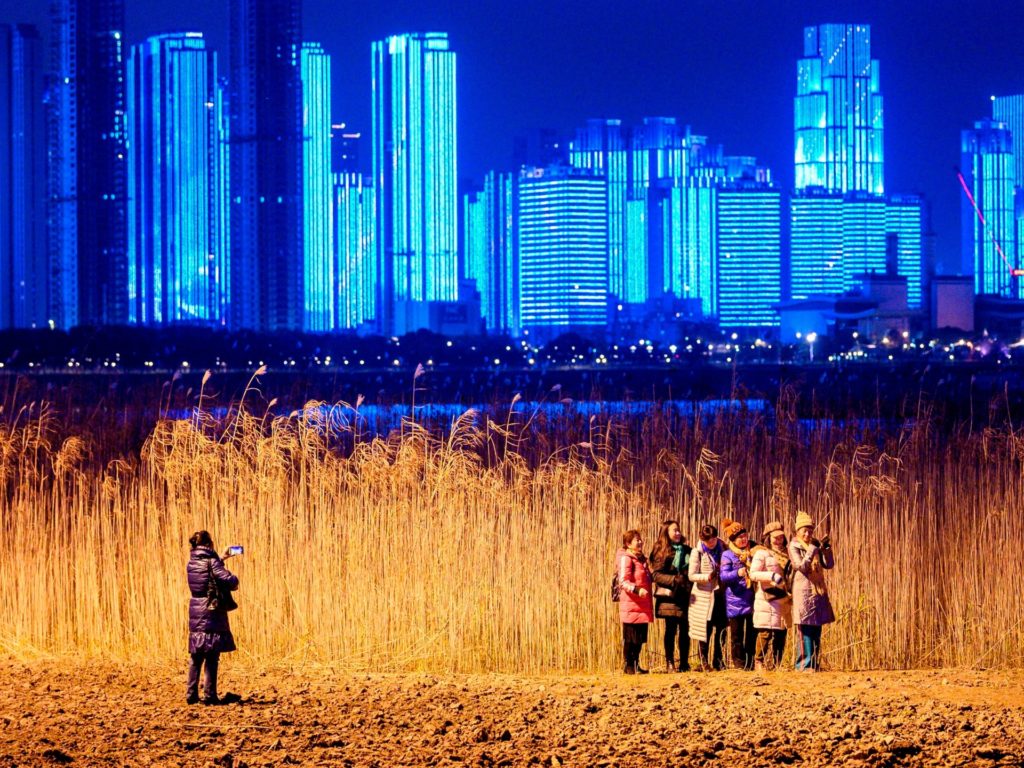 People pose for pictures on the banks of Yangtze River on New Year’s Eve in Wuhan, in Chinas central Hubei province on December 31, 2020. (NOEL CELIS/AFP via Getty Images)

On Sunday, the Global Times insisted that the sudden command to stockpile emergency materials does not suggest that cases of Chinese coronavirus in the city are on the rise or that the Communist Party expects the city to be in a state of emergency in the near future. Instead, the Global Times applauded the government of Wuhan for allegedly learning from the mistakes that allowed the Wuhan coronavirus outbreak to become a pandemic, killing thousands around the world.

“Drawing from this lesson, China is building a system of material storage for emergencies, and household stockpiles are an essential part of that effort, experts said,” the newspaper asserted.

While allegedly learning a “lesson,” Wuhan is also staging multiple mass gatherings. Despite international health experts discouraging them, the Global Times boasted that “the world had better get used to it.”

“When large crowds of Wuhan residents took to streets and launched balloons to celebrate the arrival of 2021 on New Year’s Eve, in sharp contrast with what Western media called a ghost town like Times Square with roads closed but no live audience,” the Global Times claimed in an article Sunday, “some Westerners with jealous eyes were sarcastic about Wuhan.”