China’s Global Times celebrated the debut of a music video by communist rap group “CD Rev” on Monday demanding the United States allow investigators into a U.S. Army facility the Communist Party has claimed for months, without evidence, may be the true origin of the Chinese coronavirus.

The Chinese coronavirus pandemic began in Wuhan, central China, in late 2019. Leaked Chinese government documents identify the date of the first diagnosis of an infection in a patient caused by a novel coronavirus as November 17, 2019. The Chinese Foreign Ministry has repeatedly insisted, however, that the virus originated in the United States. Its most frequent target is the U.S. Army laboratory at Fort Detrick, Maryland, which Chinese government spokespeople have linked, without evidence, to cases of lung injuries in users of e-cigarettes, or vapes, in the Northeast. 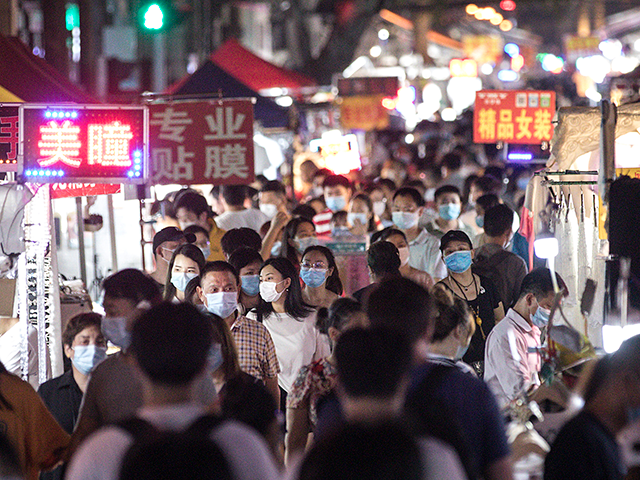 Residents visit a night market in Baocheng Road on June 3, 2020 in Wuhan, Hubei Province, China. Wuhan has seen its urban life gradually get back to normal following encouragement from local city management to open up street-stalls. Since January, China has recorded more than 81,000 cases of COVID-19 and at least 3200 deaths, mostly in and around the city of Wuhan, in central Hubei province, where the outbreak first started. (Photo by Getty Images)

The accusers have failed to provide an explanation for how doctors could have misdiagnosed coronavirus infections as lung injuries when no evidence exists that vaping lung injuries are in any way transmissible from human to human. The Chinese coronavirus is extremely contagious and scientists believe it spreads through respiratory droplets that spread through the air.

The Chinese Foreign Ministry increased its pressure on the United States to grant global public health experts access to the Fort Detrick laboratory, a military facility, after the World Health Organization (W.H.O.) published its initial reports on the origins of the virus, based on investigations in Wuhan. The report revealed that scientists tested 80,000 animal specimens and could not find a single animal testing positive for Chinese coronavirus, increasing speculation that the virus may have originated in the Wuhan Institute of Virology (WIV), a laboratory known to have been studying bat coronaviruses at the time of the initial outbreak of the disease. 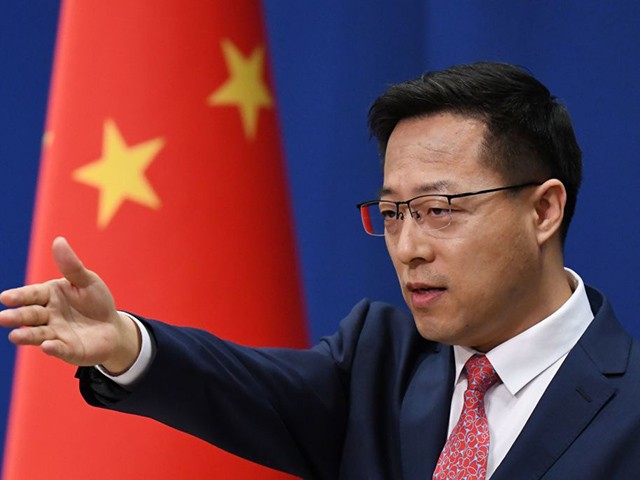 CD Rev, one of the Chinese Communist Party’s most high-profile allied rap groups, joined the campaign against Fort Detrick this month.

In a song called “Open the Door to Fort Detrick,” the rappers accuse the United States of conducting “human experiments” and scold Americans, “it’s coronavirus, not your Christmas souvenir.”

“We want the truth. Open the door to Fort Detrick. Shed light on tightly held secret [sic],” the rap song demands. “When things are stalemated, let the judges in, medical pros, they are ready for this.”

The music video begins with an excerpt of a testy exchange between Sen. Rand Paul (R-NY) and Dr. Anthony Fauci, the head of the U.S. National Institute of Allergy and Infectious Diseases (NIAID) who has become a media celebrity for his role in shaping federal government policy on the pandemic. The video does not explain the relevance of the exchange — or whose side CD Rev is on in the debate — nor does it explain appearances by other American government figures like White House press secretary Jen Psaki and former Secretary of State Mike Pompeo. 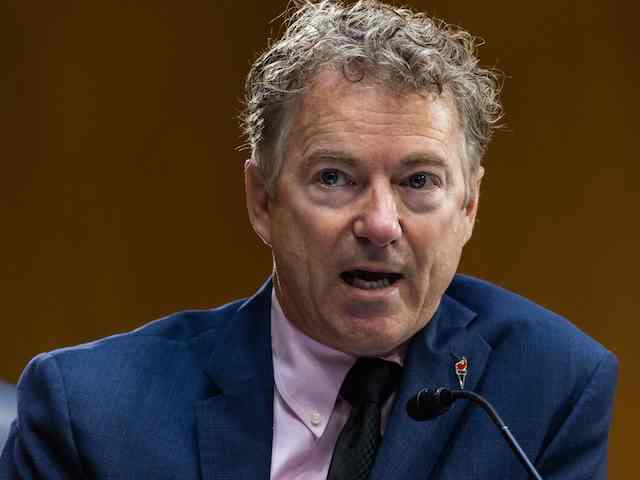 Sen. Rand Paul (R-KY) questions Dr. Anthony Fauci, director of the National Institute of Allergy and Infectious Diseases, about gain of function research during a Senate Health, Education, Labor and Pensions Committee hearing to discuss the on-going federal response to Covid-19 on May 11, 2021 at the US Capitol in Washington, DC. (Photo by JIM LO SCALZO / POOL / AFP) (Photo by JIM LO SCALZO/POOL/AFP via Getty Images)

“The lyrics in the rap song soon captured the attention of many netizens in China after the song’s music video was posted by Chinese media outlets such as the Xinhua News Agency on August 9,” the newspaper relayed. “In comments under the video, netizens called for an investigation into the Fort Detrick lab to be carried out as soon as possible, adding that the lab should cooperate if it is not trying to hide anything.”

Speaking to the Global Times, one of the members of CD Rev, Wang Zixin, said he had the “sudden” need to write a rap song about the Fort Detrick conspiracy theory and insisted that his group was not a government puppet project.

“Media and our ordinary voices resonate differently to audiences. We common people see the truth, but some media think ‘These Chinese rappers are being guided by the authorities.’ They see our stuff as ‘political propaganda,'” he asserted, “but choose to not to believe we are just ordinary people.”

Wang used as evidence that they were not a Communist Party propaganda vehicle the fact that the rappers “have love songs, too.”

CD Rev has long been a favorite of Chinese state media since at least 2016 when the group released “The Force of Red,” a profane rap song threatening Taiwan and the United States. The song attacked Western journalists as “punk ass white trash fuckers” and repeatedly referred to Taiwanese President Tsai Ing-wen as a “bitch.”

Despite their belligerent lyrics, the members of CD Rev have been largely exempt from dictator Xi Jinping’s crackdown on rap music, beginning in 2018 following the breakout success of the reality television program The Rap of China. Featuring real, underground Chinese rappers — not Communist Party mouthpieces — the show streaming on iQiyi became a sensation that year, particularly with Chinese millennials. The show prompted the Chinese government to ban rap music from broadcast television and other “vulgar” cultural content. The state also censored and persecuted one of the winners of the first season of the show, rapper PG One, for allegedly referencing drug use in a song he had written prior to his appearance on the show.