Some Afghan refugees piled up at the Pakistani border – which has been covered much less than the deadly airport chaos in Kabul, but is also crowded and dangerous – said on Thursday they may return home to live under Taliban rule.

Agence France-Presse (AFP) spoke with the recalcitrant refugees, some of whom said the difficulty of getting past beefed-up Pakistani border security was a factor in their decision to return to Afghanistan:

“We emigrated from Afghanistan during bombing and hardships, when Muslims were in trouble, now, praise be to Allah, the situation is normal, so we are returning to Afghanistan,” Molavi Shaib told AFP while waiting at the border.

[…] “People want to return but they are not allowed to cross, we request the Pakistani government to allow us to cross the border because there’s no war, and peace has been established,” Muhammad Nabi said. “We have our household with women and kids waiting — we want them to cross the border.”

[…] On the back of one truck, a teenage boy holds a baby, surrounded by a hodgepodge of household goods including a bucket, a bed and a bicycle. Another boy sits next to him on a yellow cushion while a white goat can be seen milling about between them.

AFP noted that most of the refugees waiting at the Pakistani border were still determined to flee the Taliban, fearing reprisals because they worked with U.S. and NATO forces, or held jobs with the deposed government in Kabul. 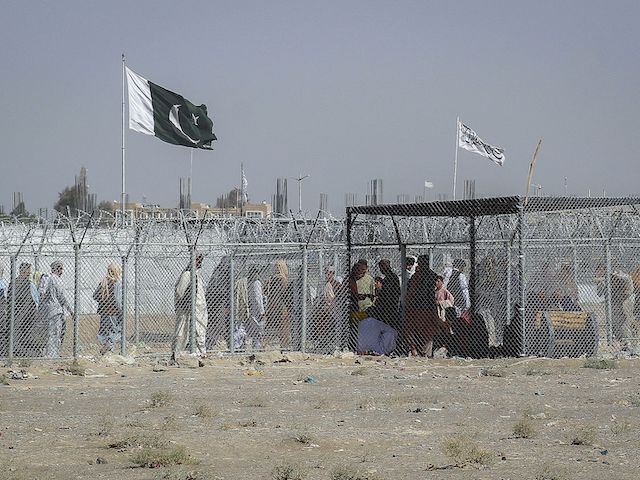 Afghan and Pakistani nationals walk through a security barrier to cross the border as a national flag of Pakistan and a Taliban flag is masted in the Pakistan-Afghanistan border crossing point in Chaman on August 24, 2021, following the Taliban’s military takeover of Afghanistan. (AFP via Getty Images)

Thousands of Afghans attempted to flee into Pakistan by land instead of heading for the Kabul airport. The border is huge, but the terrain is difficult, and only a few crossings could accommodate the tide of refugees.

The Pakistanis anticipated the surge and fortified those border crossings with additional troops, creating scenes reminiscent of Kabul:

This is not #Kabulairport, this is Spin Boldak border where thousands of people wants to flee Afghanistan to Pakistan. The situation here is far worse than the situation at #KabulAirport but because there are no foreign forces here, it has not been covered by the media. pic.twitter.com/LrUuXk1JSv

The Spin Boldak border crossing seen above was completely closed for a week after the fall of Kabul. It reopened for commercial traffic on Saturday, but the Pakistani government adamantly refuses to accept refugees.

This refusal infuriates critics who recall Pakistani’s decades of covert and overt support for the Taliban, culminating with Prime Minister Imran Khan saluting their victory last week and congratulating the Taliban for “breaking the shackles of slavery” to the Western world.

“Pakistan has faced enough spillover in the past,” he said. 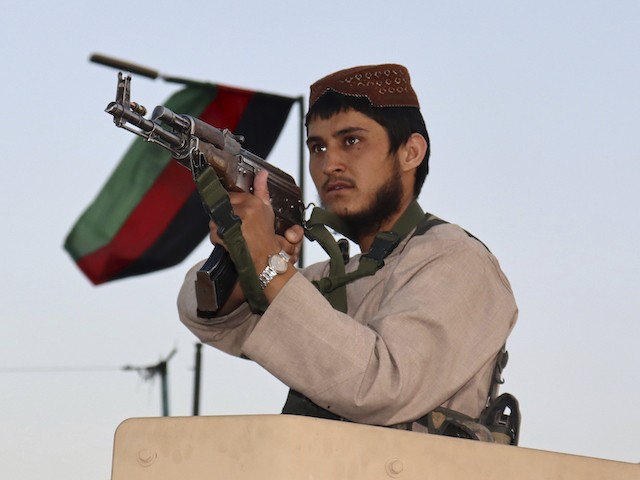 “Afghans are not refugees today, so let’s please not create a narrative which says it is inevitable that Afghans will be refugees and Pakistan will take them,” Yusuf said, a curious turn of phrase given the thousands of desperate Afghans teeming on the other side of Pakistan’s restricted border crossings.

“Even if there is going to be a refugee issue, the international community should work together to create internal secure zones in Afghanistan, so that the Afghans don’t have to leave the country until the situation stabilizes,” he said.

“Pakistan will support wherever we can, but please don’t see us as the only country that somehow has to do this,” Yusuf argued. “We don’t have the capacity. Our people cannot deal with this. We can barely deal with our own education and hospital requirements. We are willing to support, but the world has to take this responsibility.” 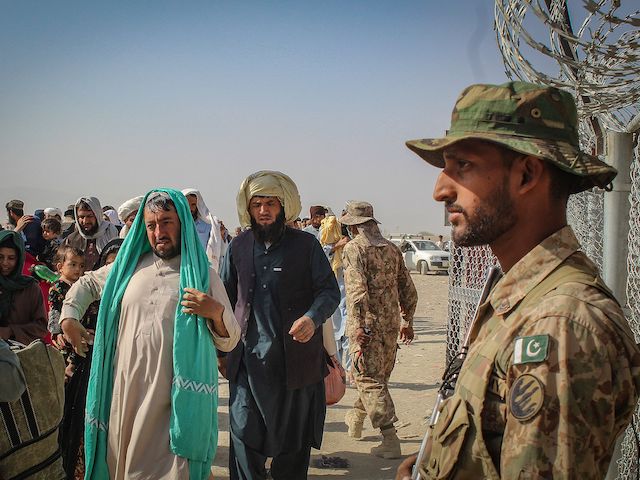 A Pakistani soldier (R) stands guard as Afghan nationals arrive at the Pakistan-Afghanistan border crossing point in Chaman on August 19, 2021, to return back to Afghanistan. (AFP via Getty Images)

Afghans fleeing the Taliban also found their escape blocked by Turkey, which they can reach by passing through Iranian territory. Turkey heavily reinforced its border when the Taliban began its lightning advance through Afghan cities, including expedited construction of a border wall, supplemented by ditches and wire fences. Turkey, like Pakistan, says it is overloaded with refugees – largely from Syria – and cannot handle more.

Iran established tent cities for refugees along the Afghan border, but said those who flee into Iran would be “repatriated” after “conditions improve.”

Afghanistan’s neighbors Uzbekistan and Turkmenistan also said last week that they cannot accept a large number of Afghan refugees, while Tajikistan said in July it was prepared to take up to 100,000.

Officials from the Central Asian republics said that in addition to the burden of food, medicine, and shelter for Afghans, they are worried about terrorist operatives from the Taliban, al-Qaeda, or ISIS slipping across their borders.