The Taliban terrorists now governing the new Islamic Emirate of Afghanistan thanked the United Nations and its donors Tuesday after they promised hundreds of millions of dollars in aid before scolding America and telling it to join the donation frenzy and show some “heart.”

AFP reports the group turned on the U.S. after saying it will “try its best to deliver this aid to the needy people in a completely transparent manner.”

Amir Khan Muttaqi, the regime’s acting foreign minister, went on adding “America is a big country, they need to have a big heart.” 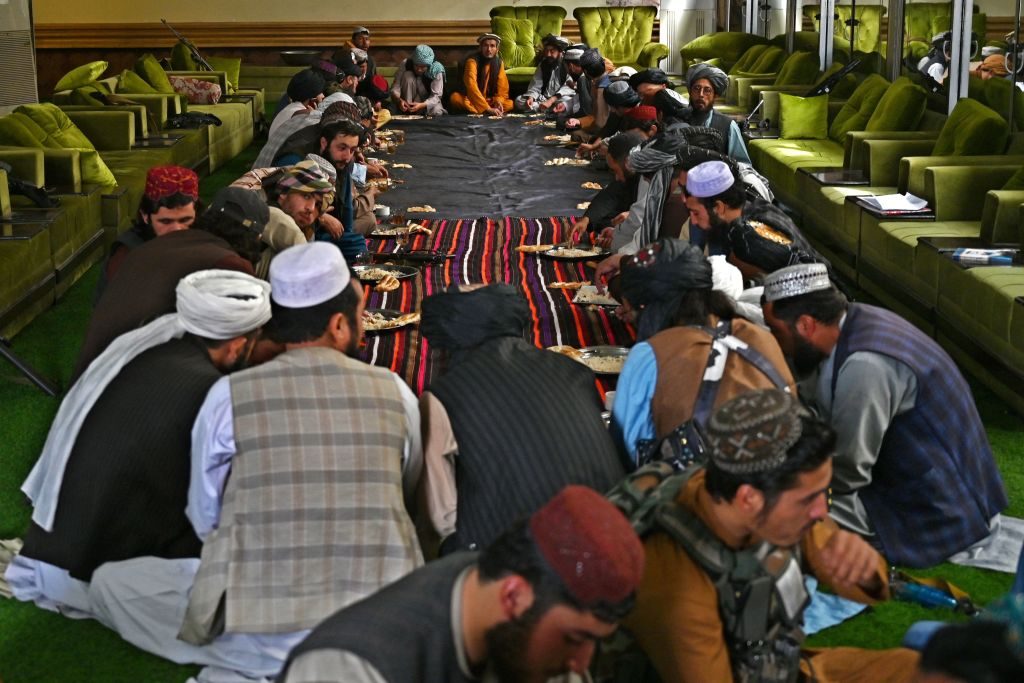 Taliban fighters eat their lunch inside the home of the Afghan warlord Abdul Rashid Dostum in the Sherpur neighborhood of Kabul. Taliban fighters have taken over the glitzy Kabul mansion of one of their fiercest enemies — the warlord and fugitive ex-vice president Dostum. (WAKIL KOHSAR/AFP via Getty)

The plea for Americans to open their wallets came just 24-hours after the United Nations opened a high-level donors conference with the call for the world to urgently send $600 million to help fund the Taliban over the next three months.

As Breitbart News reported, disbursement of funds to those Afghans in need has been guaranteed in writing by the Taliban, the U.N. assured potential contributors.

Secretary-General Antonio Guterres is leading the globalist body’s call for the funds in what amounts to a public relations victory for the terrorist group after U.S. and NATO forces fled the 20-year war in a chaotic departure.

Since the Taliban takeover, the World Bank and International Monetary Fund have halted Afghanistan’s access to funding, while the United States has also frozen cash held in its reserve for Kabul.