The former finance minister of Afghanistan, Khalid Payenda, accused officials in the now-defunct government he served on Wednesday of failing to report soldier deaths to continue cashing those troops’ salaries for themselves.

Payenda fled Kabul in August, days before the Taliban terrorist organization entered the city and declared itself the nation’s new federal government entity. Shortly before his departure, Payenda had accused Afghan customs of embezzling as much as $8 million a day.

In his remarks to the BBC on Wednesday, Payenda accused both regional and federal former officials of widespread corruption and blamed Western countries involved in Afghanistan – most prominently among them the United States – for enabling some of the most criminal and corrupt elements of Afghan politics.

“The way the accountability was done, you would ask the chief in that province how many people you have and based on that you could calculate salaries and ration expenses and they would always be inflated,” Payenda said, explaining that the numbers were “inflated” by fake troops, commonly referred to as “ghost soldiers,” who were non-existent people invented to collect undue salaries. Payenda confirmed that, as far as he knew, most of Afghanistan’s official security forces did not exist, explaining how the Taliban rapidly defeated the Afghan military when it began its conquest campaign in April against a supposedly much larger army.

Of those Afghan National Army (ANA) soldiers who were, in fact, real people, Afghan officials often failed to report if they died, allowing the officials to continue cashing their salaries. Payenda noted a high number of “desertions [and] martyrs who were never accounted for because some of the commanders would keep their bank cards.” 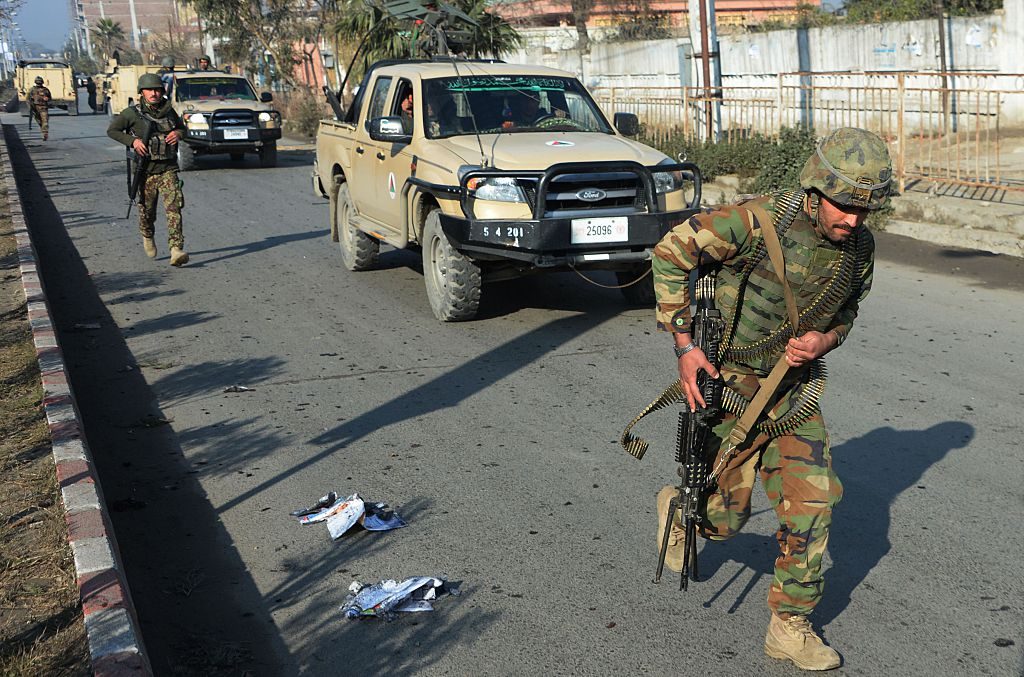 Afghan National Army (ANA) soldiers arrive at the site of an attack from a building close to the Pakistan consulate in Jalalabad on January 13, 2016. (NOORULLAH SHIRZADA/AFP via Getty Images)

“The whole feeling was, we cannot change this,” Payenda lamented. “This is how the parliament works, this is how the governors work. Everybody would say the stream is murky from the very top, meaning the very top is involved in this.”

Payenda objected to the BBC’s framing of his interview on Wednesday, calling the article “misleading” and accusing the British broadcaster of underplaying his emphasis on the role foreign countries present in Afghanistan played in enabling corruption. In the full audio of his remarks to BBC, Payenda said the West was “absolutely” responsible for worsening the corruption in the country.

“Some of the corruption, some of the mismanagement, some of the waste – they were part of it, you know,” Payenda said. “They knew … They chose to exclude, for example, Taliban at the start, but they also chose Afghan allies who continued to have a very bad record on corruption and human rights abuses just because they fought the Talibs and were anti-Talibs.” 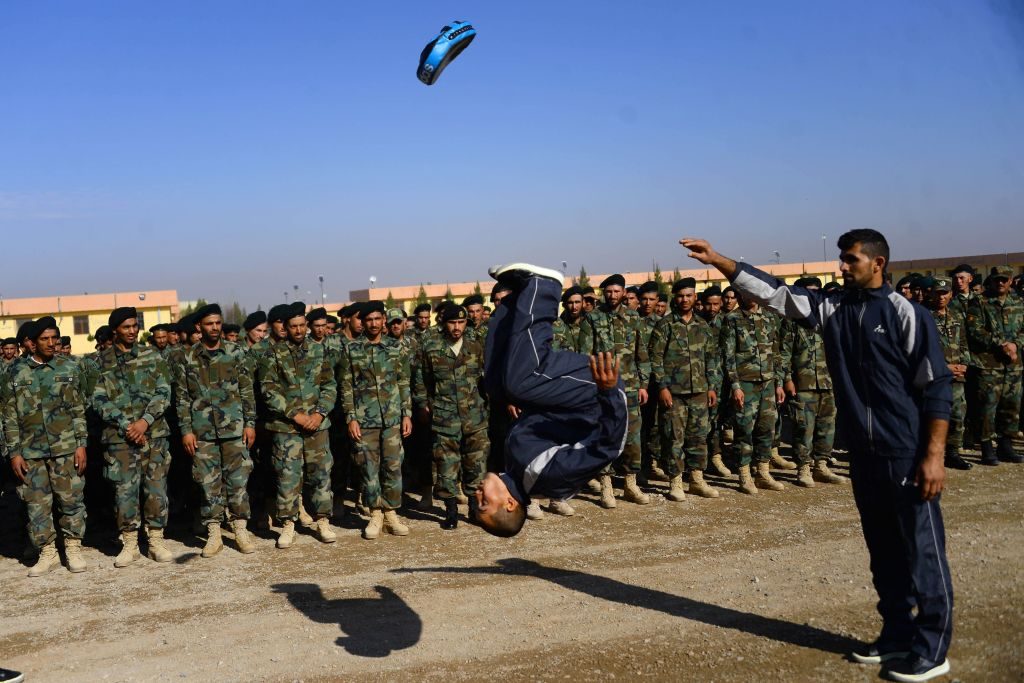 An Afghan National Army (ANA) soldier demonstrates his skills during a graduation a ceremony in a military base in the Guzara district of Herat province on December 2, 2020. (HOSHANG HASHIMI/AFP via Getty Images)

Payenda also stated that Western countries, from which much of the lost funding came from, did not act when presented with evidence of corruption.

The American Office of the Special Inspector General for Afghanistan Reconstruction (SIGAR), a watchdog agency tasked with following how American taxpayers’ dollars are spent in the country, warned of widespread corruption at the hands of the Afghan government Payenda was a part of for years. In 2016, SIGAR estimated that two-thirds of Afghanistan’s security forces did not exist and were “ghost troops” collecting undue salaries.

“Persistent reports indicating discrepancies between the assigned force strength of the ANDSF [Afghan security forces] and the actual number of personnel serving raise questions regarding whether the U.S. government is taking adequate steps to prevent taxpayer funds from being spent on so-called ‘ghost’ soldiers,” SIGAR warned.

In critical regions like Taliban-controlled Helmand province, as many as half of Afghan troops did not exist, SIGAR asserted.

SIGAR’s subsequent reports did not indicate any changes in the corrupt practices of the Afghan government or modifications in U.S. policy in response to the corruption. 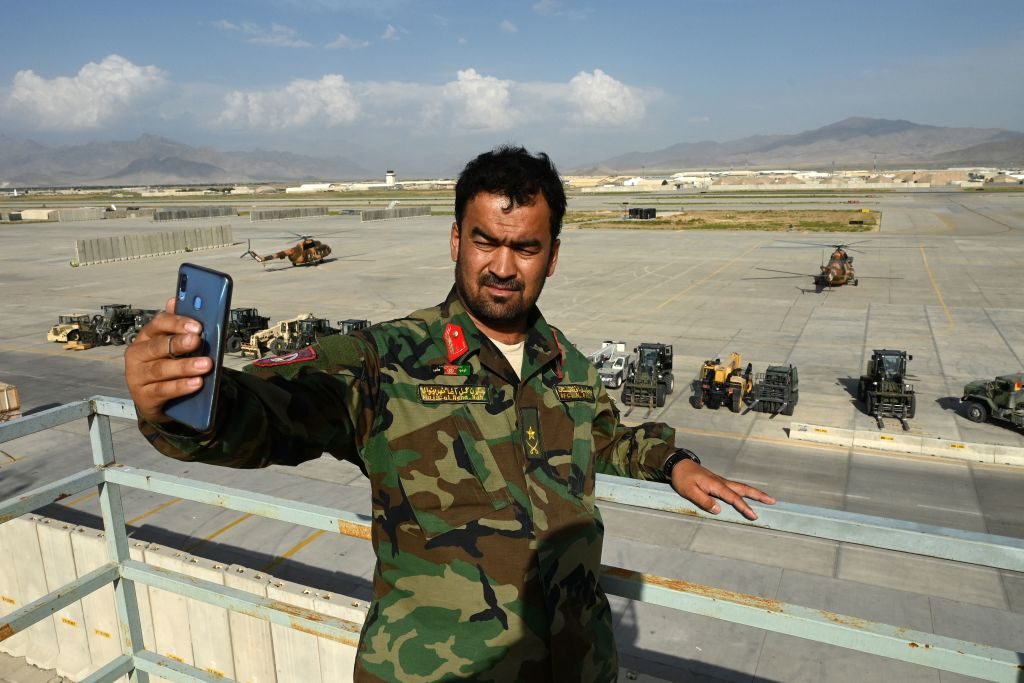 An Afghan National Army (ANA) soldier takes a selfie with his mobile phone inside the Bagram US air base after all US and NATO troops left, some 70 Kms north of Kabul on July 5, 2021. (WAKIL KOHSAR/AFP via Getty Images)

“Within the ANDSF, reports of corruption have been widespread and varied,” SIGAR revealed a year later, “including but not limited to, participation in the drug trade, extortion, pay-for-position schemes, bribery, land grabbing, and selling U.S. and NATO-supplied equipment, sometimes even to insurgents.”

In October, two months after the fall of Kabul to the Taliban, SIGAR estimated that the United States had wasted $89 billion on “training and equipping” the Afghan military since 2001. The entirety of the Afghan national armed forces do not exist at press time.

The Taliban jihadist organization took over the country definitively on August 15, when it entered Kabul. Former President Ashraf Ghani initially published a pre-recorded speech online claiming to be “remobilizing” his armed forces and preparing to hold back a Taliban assault, but fled the country a few hours later – reportedly taking $169 million in cash with him. Ghani, resurfacing in the United Arab Emirates (UAE) days later, denied that he took any money with him, but did confirm he left confidential government intelligence in the presidential palace the Taliban now had access to.