On Monday evening, even as Chinese dictator Xi Jinping was holding a virtual summit with President Joe Biden, Chinese warplanes once again entered Taiwan’s Air Defense Identification Zone (ADIZ). It was the 14th such intrusion since the beginning of November.

Monday’s event was much smaller than the enormous Chinese military flights that raised tensions in the region last month. According to Taiwan’s Ministry of National Defense (MND), this time it was two of China’s Shenyang J-11 fighters, two Chengdu J-10 fighters, one Shaanxi Y-8 electronic intelligence turboprop, and one Shaanxi Y-8 configured for electronic warfare. 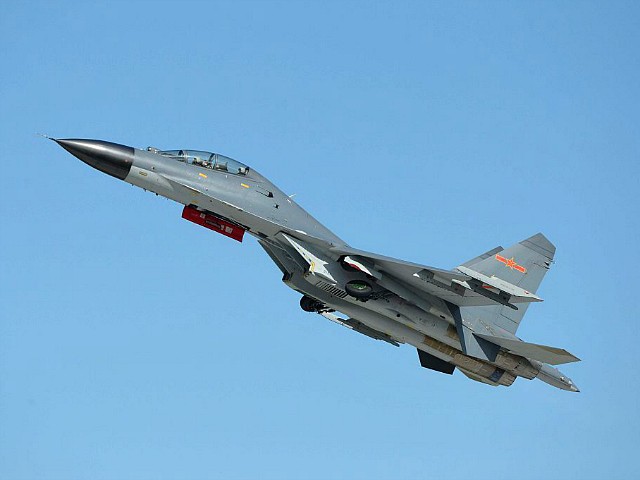 The six Chinese warplanes entered the southwestern corner of Taiwan’s ADIZ and were met by Taiwanese aircraft and radio warnings. The MND said its air-defense missile systems were also activated and tasked with tracking the Chinese planes.

The southwestern part of Taiwan’s ADIZ is a popular spot for Chinese mischief because it includes several strategic locations that would become important for holding allied forces at bay during a Chinese invasion. Submarines would play an important role in controlling the area, and China’s incursions over the past year have frequently included anti-submarine aircraft.

Taiwan News noted there has been a Chinese incursion into the ADIZ every day in November except November 3 – a significant increase in tempo for China’s “grey zone” tactics, which boil down to constantly pestering the Taiwanese with obnoxious behavior and wearing out the much smaller Taiwanese air force by obliging them to respond. 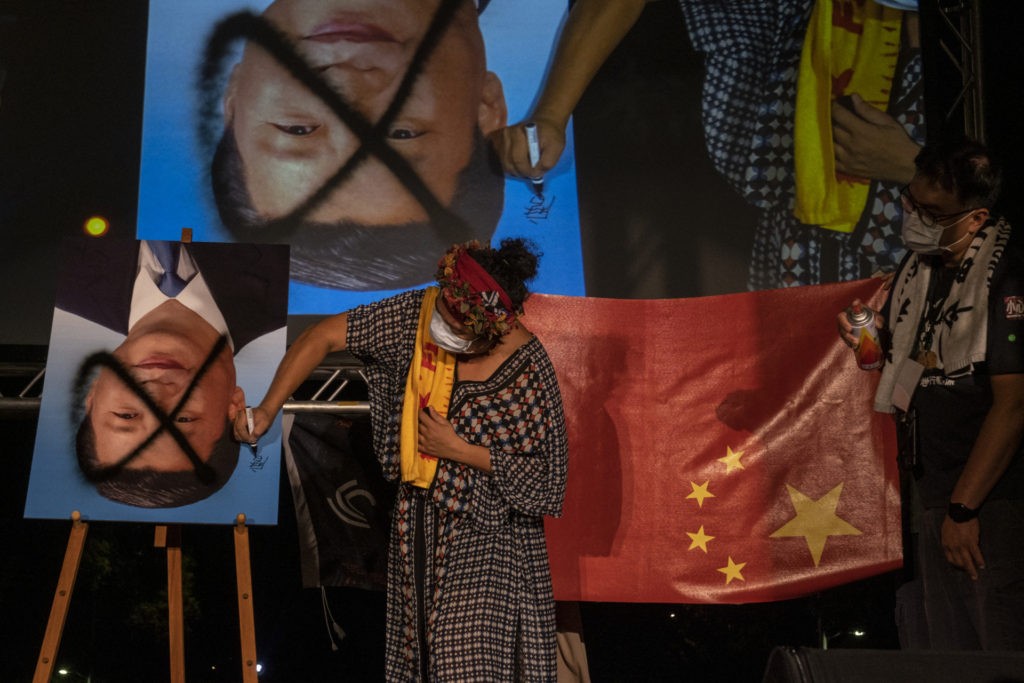 Demonstrators spray paint over an upside down portrait of Chinese leader Xi Jinping during an anti-China protest on October 1, 2021 in Taipei, Taiwan. (Photo by Lam Yik Fei/Getty Images)

The PLA’s Southern Theater Command said on Sunday the drills are laying “a solid foundation for fighting night battles.”

On Tuesday, the Taiwanese Ministry of Foreign Affairs (MOFA) declined to comment on a local media report that Taiwan will hold high-level defense meetings with the United States on Tuesday and Wednesday.

The local report in question, published by a Chinese-language news outlet in Taiwan called Liberty Times, claimed two annual bilateral defense meetings would be combined into a single event. The participants would include U.S. and Taiwanese assistant secretaries and deputy defense ministers. Among other topics, they would discuss potential future arms sales to Taiwan. This would make the summit “high-level” but not top level, and its timing so soon after the Xi-Biden call would probably annoy, but not infuriate, Beijing.

MOFA would say only that Taiwan values its “close relations and open bilateral communication” with the United States, and the two governments “regularly hold discussions in issues of common interest.”