In an interview on Russian state media Sunday, Vladimir Putin waxed nostalgic for the Soviet empire, describing the collapse of the Soviet Union in 1991 as the death of “historical Russia.”

Putin has expressed such sentiments before, but his latest lament was troubling in light of the Russian military buildup along the Ukrainian border.

Putin discussed the matter for a state television documentary called Russia: Its Recent History. As transcribed by the state-run Tass news service, the Russian president mourned the fall of the Soviet Union as a blow to Russia’s “sovereignty,” which implies Russia has the right to recapture freed Soviet possessions like Ukraine:

“There were very many instruments [of pressure], Russia was quite weak, it depended on various sorts of financial instruments and mechanisms, political and internal,” [Putin] said.

“In this sense, it can be stated with regret that back then Russia lost a larger part of its sovereignty,” he noted.

“As for sovereignty, I saw it when I was prime minister in 1999, when following the beginning of our active combat operations in the North Caucasus an IMF mission demanded we stop them,” the president recalled. “When I asked what the IMF, the International Monetary Fund, had to do with that, they told me that they thought it would impact the economy adversely. We argued that we were strengthening our statehood and, hence, a possibility for more efficient work in the economic sphere, but our arguments were ignored.”

Putin accused the IMF of hastening the Soviet Union’s collapse by denying its request for a reasonable “installment payment plan” for its debts and concluded the resulting collapse of the USSR was a “tragedy for the vast majority of the country’s citizens.”

“What’s the disintegration within the USSR? That’s the collapse of historical Russia called the Soviet Union,” he said. “We turned into a completely different country, and what had been built up over a thousand years was largely lost.” 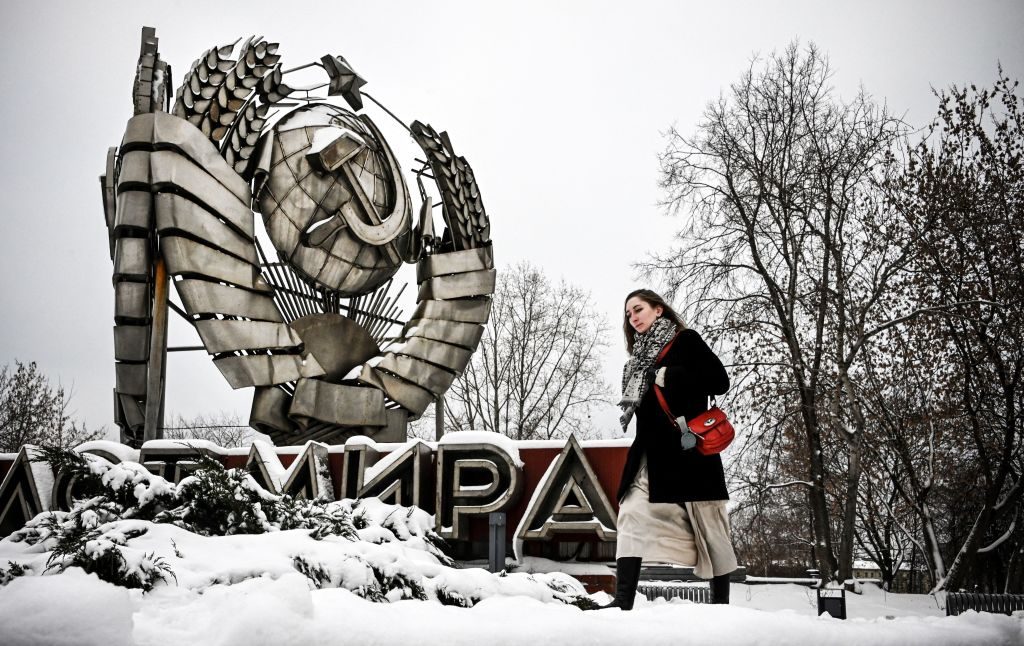 A woman walks past a huge state emblem of the USSR which was removed from an avenue after the collapse of the Soviet Union in 1991, in a modern history sculpture park in Moscow on December 8, 2021. (ALEXANDER NEMENOV/AFP via Getty Images)

Most disturbingly given Russia’s mounting aggression toward Ukraine, Putin claimed the “humanitarian tragedy” of the USSR’s collapse was especially severe for people in the newly independent Soviet republics. The people of Ukraine voted in a landslide to become independent from the Soviet Union in December 1991.

Putin has previously described the fall of the Soviet empire as “the greatest geopolitical disaster of the 20th Century.” He arguably began the process of forcibly reversing it by annexing Crimea in 2014, and might now be on the verge of recapturing some or all of Ukraine.

Ukrainian troops are on high alert as Russia masses about 100,000 troops on the far side of the contested Donbass region, where a pro-Russian separatist insurgency has been fighting the Ukrainian government for over seven years.

Last week, Putin ominously referred to Ukraine’s battle against the separatists as “genocide.” 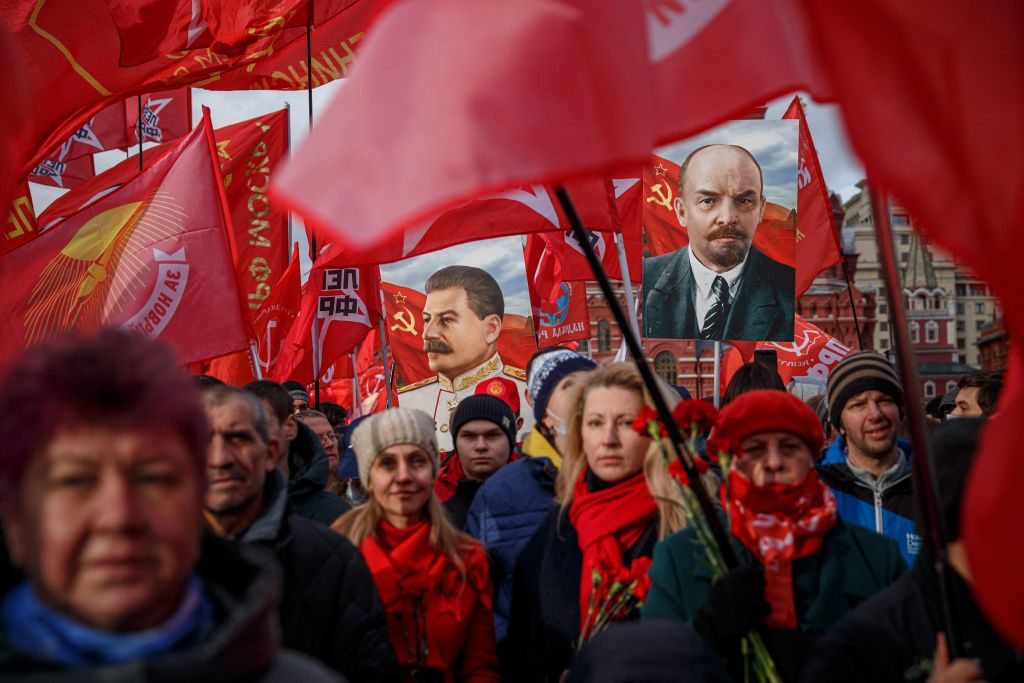 A Ukrainian military officer told NBC News on Monday “the enemy is constantly provoking us here,” seeking to create an incident that would give Russia a pretext to invade.

“Putin, I think, will not stop in Ukraine. If we don’t stop it here, they go further, because history shows us that leaders like Putin don’t stop until the whole world stops it,” another Ukrainian officer warned.