“We plan to file a Senate resolution or release a video asking government not to force the public to be vaccinated [sic],” Sen. Pacquiao told reporters on January 27.

“It’s their right and we should respect their decision to not be vaccinated,” he added, referring to citizens and residents of the Philippines who choose not to receive a Chinese coronavirus vaccination.

Asked by a reporter on Thursday if he would “question the legality” of a federal vaccine mandate in court, Pacquiao replied, “That’s what I’m thinking of.”

“If not in Congress, then before a court. I will appeal not to force people against their rights,” he said.

Pacquiao is currently campaigning for the office of the Philippine presidency, which will see a new leader elected on May 9. The boxer-turned-senator previously expressed his opposition to federal vaccine mandates in November 2021. 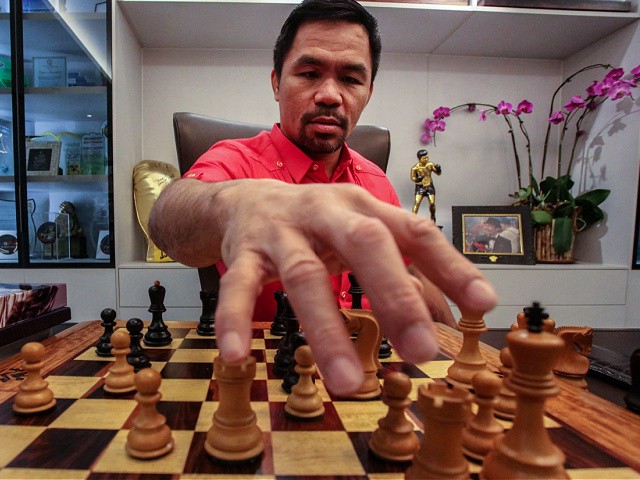 Philippines presidential hopeful Manny Pacquiao, a backer of his country’s brutal war on drugs that has killed thousands, told AFP he was “naive” when he took narcotics in his youth and did not know he was breaking the law. (JAM STA ROSA/AFP via Getty Images)

“I am not for mandatory vaccination. … By doing that, you are taking away the rights of people. Even God does not take away our rights,” the devout Christian replied when asked about the matter.

The administration of current Philippine President Rodrigo Duterte imposed a Chinese coronavirus vaccine mandate on all businesses and factories in the country in December 2021. Employees of such sites must show proof of vaccination before they are allowed to enter the workplace, according to the edict. Workers who are either unable or unwilling to receive a Chinese coronavirus vaccination must “undergo regular polymerase chain reaction (PCR) or antigen screenings at their own expense to be able to go to work,” Bloomberg reported on December 1, 2021.

“Since we can’t compel them until there’s a law that would require that, the next best thing we can do on the part of the employer is to require them to undergo testing,” Philippine Labor Secretary Silvestre Bello told Bloomberg at the time.

The Philippine Department of Transportation (DOTr) banned people unvaccinated against the Chinese coronavirus from using any form of public transportation — including buses, trains, boats, planes, and jeepneys — in Metro Manila this month. The DOTr directed all mayors across the national capital region — which contains 17 cities, including Manila — to enforce the “no vaccination, no ride/no entry” policy starting on January 11.

The DOTr described the public transport ban as “in line with the order of President Rodrigo Roa Duterte to restrict the movement of people who are unvaccinated against COVID-19 [Chinese coronavirus] in Metro Manila.” The edict will remain in place as long as Metro Manila remains under a “COVID-19 Alert Level 3 level or higher,” DoTr Secretary Art Tugade said at the time.

Metro Manila remains under the “Level 3” alert, though it announced a temporary lifting of its public transportation ban on the unvaccinated on January 26 for a period of 30 days. The brief suspension of the policy is designed to pressure unvaccinated Manila residents to receive a Chinese coronavirus inoculation.

“We want our workers to get fully vaccinated … We are giving our workers the time to get themselves vaccinated,” Philippine Transportation Undersecretary Artemio Tuazon, Jr. said at a press briefing on January 26 when asked about the government’s decision to temporarily repeal the ban. 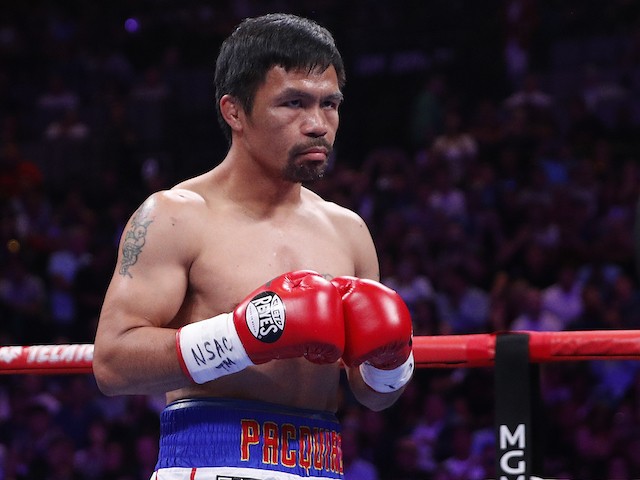 Reporters at the same press conference asked Jonathan Malaya, Undersecretary for the Philippine Department of Interior and Local Government, if there was a legal basis for the DOTr’s “no vaccination, no ride/no entry” policy. Malaya responded by referring to “the legal opinion issued by the [Philippine] Department of Justice that the local government ordinances restricting the mobility of the unvaccinated are a ‘valid exercise of police power under the Local Government Code,'” the Philippine Star reported. The newspaper noted on Wednesday the ban disadvantages most of Metro Manila’s 14 million residents, 88 percent of whom “do not own private vehicles and rely on public transport.”

Metro Manila has additionally barred all residents unvaccinated against the Chinese coronavirus from leaving their homes except for essential purposes. A council of Metro Manila mayors passed a resolution on January 3 “urging the passage of local ordinances prohibiting unvaccinated individuals from going outside their residences, except for essential trips,” the Philippine Inquirer reported on January 4.

The council’s resolution, which has since come into effect, encouraged its mayors to “bar the unvaccinated from indoor and outdoor dining at restaurants and other food establishments, and from leisure or social trips to malls, hotels, sports, and other similar facilities.” The mandate forbids unvaccinated Metro Manila residents from “domestic travel via public land, sea and air transportation, except to buy essential goods and services such as food and water, for work or medical and health reasons,” according to the Inquirer.