The seemingly ceaseless economic crisis that has left most of Sri Lanka with no food, fuel, medicine, or basic goods and has severely compromised the nation’s power supply has prompted a growing wave of child malnutrition, the BBC observed in a report on Monday citing mothers in the country desperate to keep their children nourished.

Sri Lanka is facing shortages of nearly every necessary good for society to function and what Prime Minister Ranil Wickremesinghe called in June a “complete collapse” of the national economy after years of socialist mismanagement. Formally the Democratic Socialist Republic of Sri Lanka, the ruling Rajapaksa family spent years frivolously spending of government projects, cutting deals for predatory loans with China, and engaging in risky “green” practices like banning chemical fertilizer that resulted in the nation being forced to import a significant percentage of its food needlessly. As Sri Lanka’s economy largely depends on the tourism sector, the Rajapaksa government’s failures led to an acute crisis after the Chinese coronavirus pandemic largely eliminated foreign tourism.

The Rajapaksa family has been in government leadership almost without interruption since the end of the 26-year-old civil war in 2009. At their peak, dozens of Rajapaksa relatives held the presidency, prime ministership, and ministerial positions. Ongoing national protests forced most of the Rajapaksas out of power – most prominent former Prime Minister and President Mahinda Rajapaksa – but his brother, Gotabaya Rajapaksa, remains president. Protests at empty gasoline stations, in front of government buildings, and in public squares have consistently demanded Rajapaksa’s resignation to no avail.

The government has done little to address the economic crisis, leaving children particularly vulnerable, the BBC reported on Monday. Mothers seeking food from churches and trying to find sources of nutrition they can afford in shops told the BBC that they are struggling to keep their children healthy.

“My children are miserable. They’re suffering in every possible way. I can’t even afford a packet of biscuits or milk for my babies,” a woman identified only as Sahna told the BBC. The outlet noted that Sahna was a mother of four, including her unborn child due in September.

Another mother the BBC spoke to at a community kitchen serving food for the needy, identified as Chandrika Manel, lamented that vegetables had become a luxury item for her four children.

“There are times I [give them] milk and rice, but we don’t cook any vegetables. They’re too expensive,” Manel said.

Pastor Moses Akash, who runs the kitchen, told the BBC that “most” of the children visiting the kitchen show signs of malnutrition.

Sri Lanka’s local media outlets have published regular reports revealing “skyrocketing” vegetable prices – a product of the failed attempt to become an “organic” farming capital, which Gotabaya Rajapaksa called a “mistake” in April – and other signs of economic devastation, such as banks issuing fewer loans.

“Banks have virtually stopped lending to private borrowers as interest rates climbed to restrictive territory and the economic conditions turned from bad to worse,” Sri Lanka’s Daily Mirror observed on Monday. “Meanwhile, the demand for credit also fell off a cliff.” 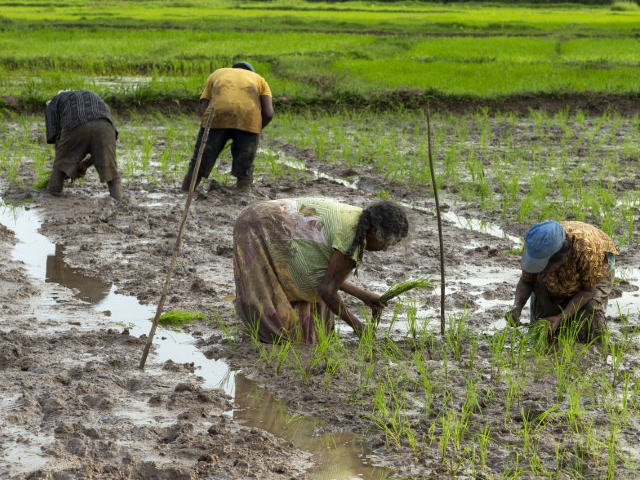 The newspaper noted that demand for credit collapsed as the prices of goods rose dramatically – 80 percent for food prices and a 55-percent increase in the price of consumer goods generally.

Children face disproportionate suffering at the hands of the crisis in ways beyond malnutrition. Sri Lanka has also failed to provide adequate schooling. In late June, the government announced an attempt to move to “virtual schooling,” in which children sit in front of a computer at home to remotely watch teachers give lessons, in the face of food shortages and families attempting to grow food at home. The severe lack of electricity in the country, however, has made this nearly impossible.

“All government and government-approved private schools across the country will remain closed this week, the Ministry of Education says,” Sri Lankan news outlet Ada Derana reported on Sunday. “The turnout of students, teachers and principals in schools and the Power & Energy Ministry’s fuel distribution process were taken up for discussion during the meeting.”

Prime Minister Wickremesinghe attempted to lend the country some hope with an address to Parliament on Tuesday in which he claimed that he had engaged in productive talks with the International Monetary Fund (IMF) to find a “roadmap” out of the crisis. Even in this news, however, his descriptions of Sri Lanka’s current situation remained bleak.

“We are now participating in the negotiations as a bankrupt country,” Wickremesinghe detailed. “Therefore, we have to face a more difficult and complicated situation than previous negotiations… This is not a straightforward process.”

Wickremesinghe announced the government is planning to no longer print any money by 2024 and has not given up on a socialist economic structure despite its abject failure, insisting that the government’s goal is to emulate the economies of communist countries like China and Vietnam.