“The smart court SoS (system of systems) now connects to the desk of every working judge across the country,” according to Xu Jianfeng, the director of an information center for China’s Supreme People’s Court.

Xu made the revelation on July 12 in a report published by the Strategic Study of CAE, which is an official journal of the state-run Chinese Academy of Engineering (CAE).

“The [AI] system, powered by machine learning technology, automatically screens court cases for references, recommends laws and regulations, drafts legal documents and alters perceived human errors, if any, in a verdict,” the SCMP relayed on Wednesday.

China’s government began using the smart court system in 2016. The program started out “merely as a database,” according to the newspaper, before evolving to influence the “decision-making process” of Chinese courts. 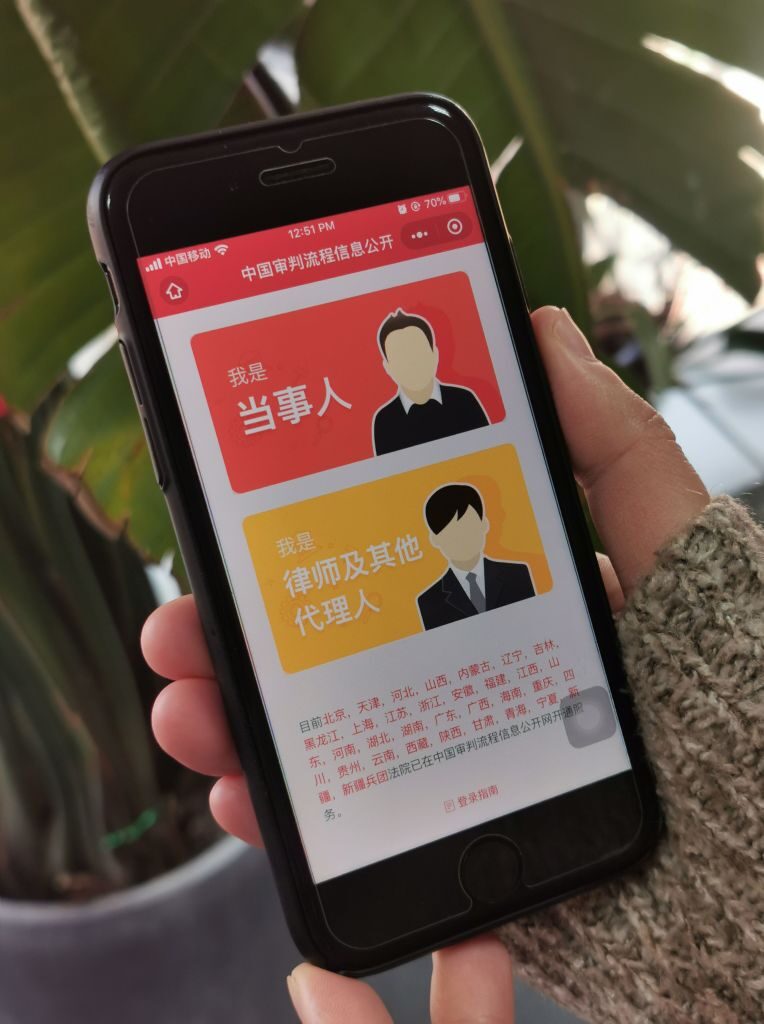 File/Trial information seen on a mobile court Wechat app via a mobile phone in Shanghai on December 6, 2019. China is encouraging digitisation to streamline case-handling within its sprawling court system using cyberspace and technologies like blockchain and cloud computing. (KELLY WANG/AFP via Getty)

“As required by the supreme court, a judge must consult AI on every case. If the judge rejects the machine’s recommendation, the machine demands a written explanation for records and auditing,” the SCMP noted on Wednesday.

Verdict enforcement has long been an issue for Chinese courts which have been deemed lacking in manpower. The court’s AI addresses it by finding and seizing the property of a convict almost instantly and putting it up for online auction.

Its electronic reach allows the smart court to work with China’s powerful ‘social credit system’ to ban a person refusing to pay a debt from using a plane, high speed train, hotels or other social services.

The Supreme People’s Court is the highest court in China. The constitution of China stipulates that the court is accountable to the National People’s Congress, which is the rubber-stamp legislature of China’s ruling Communist Party. China’s judicial system does not use juries, according to the website of China Justice Observer.

“There is no jury in China, instead, there are people’s assessors. In particular cases, people’s assessors and judges will form a collegial panel to hear cases together,” the Chinese judicial information website observed in December 2020.

Like China, Malaysia’s judicial system also operates without juries. Three Malaysian regions used AI in local criminal courts from February 2020 to April 2022 to determine and assign sentences as part of a pilot program. Courts throughout the Malaysian states of Sabah, Sarawak, and the national capital city of Kuala Lumpur participated in the experimental trial, which used AI software developed by Malaysia’s state-owned Sarawak Information Systems.