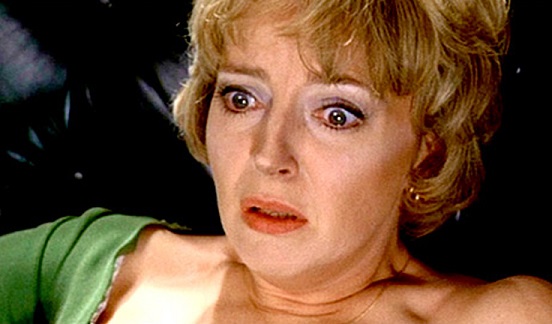 Of all the memorable images that came out of director Alfred Hitchcock’s legendary fifty-year career, one that stays with me is The Master’s cameo in his penultimate film, 1972’s “Frenzy.” As he always did, Hitchcock made sure the cameo came early. By this time his cameos were anticipated by audiences. Therefore, the director knew that he had to insert them right away so the audience could relax and the storytelling spell wouldn’t be broken

“Frenzy” opens with a long aerial shot over London before settling on a crowd gathered beside the River Thames to listen to some politician puff himself up about how the Thames is no longer polluted. Before events are interrupted by the sight of a naked strangled woman washing up on shore (a brilliant piece of Hitchcockery humor during that particular speech), we see Hitch in the crowd — and the sight is startling.

At least it was for me.

I grew up on reruns of “Alfred Hitchcock Presents,” the anthology series Hitchcock hosted between 1955 and 1965. Though the director is often associated with the word “fat,” that really wasn’t the case for a number of his middle years when he was quite healthy and didn’t look anymore portly than, say, Jay Leno does today. During his memorably funny and charming “Presents” intros and outros, Hitchcock was the picture of middle-age health.

In his “Frenzy” cameo, though, filmed just six years after the end of “Presents,” Hitchcock looks fat, old, pale, and frail. 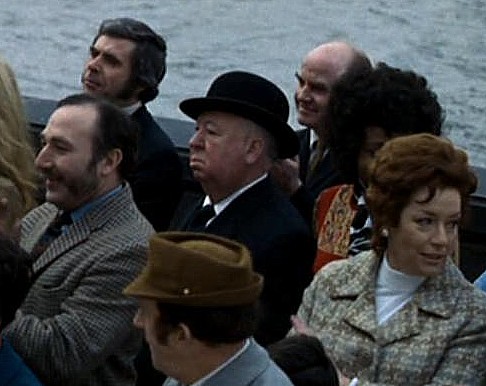 He was only 73, but 73 for Hitchcock’s generation was something very different than it is for those born forty-years later turning 73 today. My dad built a three-car garage all on his own during his 73rd year last year. Hitch, however, was an old man.

In 1972, Hitchcock was coming off three flops in a row: 1964’s interesting but overwrought “Marnie,” 1966’s stillborn “Torn Curtain,” and 1969’s “Topaz”– a forgettable mess. This was a career running out of gas; something that happens to almost every director in the winter of their years. And from the looks of him, The Master of Suspense was also a man physically running out of gas.

This is what makes “Frenzy” such a miracle.

If you knew nothing about films or filmmakers and sat down for a marathon of movies made by the youngest, most promising, and edgiest directors of this era (Scorsese, Friedkin, Bogdonovich, Altman, Coppola, etc.) and “Frenzy” was dropped in the mix;  you would never know this entry was co-written (without credit) and directed by a fat, tired old man coming off a decade of commercial and critical embarrassment (after an incredible three-decade run).

Before releasing “Frenzy,” a nervous director whose confidence in himself had waned, screened the thriller for his lifelong friend, actor Norman Lloyd. In his wonderful biography “Alfred Hitchcock: A life in Darkness and Light,” Patrick McGilligan describes the scene:

By the time Frenzy was over, Lloyd had grown so excited that he leaped up and shouted, “It’s the picture of a young man!” He glanced behind him and saw Mrs. Hitchcock weeping uncontrollably with pride in her husband.”

And this is exactly what “Frenzy” is, a film that looks, feels, and plays as though it were directed by a young, hungry director on the cutting edge of where filmmaking was and where it was going. And the forty-years that have passed since have only made it better.

When “Frenzy” was released, to generally glowing reviews, some criticized the look of the film as old-fashioned. The London Hitch filmed was not the London of the swinging seventies. Hitchcock had intentionally removed the psychedelic “modernism” that at the time was everywhere. The director chose instead to capture the city he grew up in as he remembered it.

But it was this decision (and the visceral filmmaking) that makes “Frenzy” timeless. Instead of looking like an “Austin Powers” movie, the film is a frozen time capsule of a London not burdened by fad.

The first time I saw “Frenzy” I deflated at the sight of the old man, certain the film would be tired, bloated, and maybe even a satire of his own career. That lasted about five-minutes. 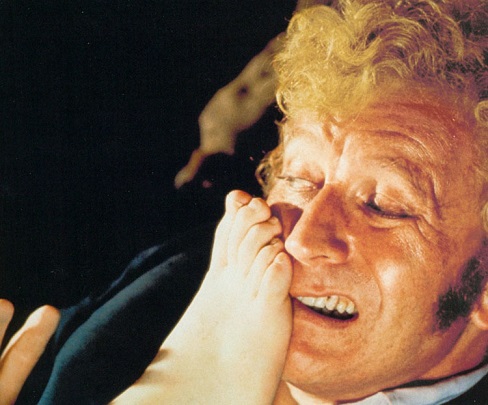 Yes, “Frenzy” is another Hitchcock “run for cover” picture; yes, it is another Hitchcock “wrong man” picture. But with its unlikable protagonist, charming serial killer, half-dozen unforgettable scenes, and pitch-perfect ending, it is also “the picture of a young man” — an exhilarating, manipulative, tense, and darkly humorous masterpiece that, if filmed today, exactly as it was in 1972, would still be the “picture of a young man.”