GARLAND, Texas – The protest over the Honor the Prophet conference nearly turned violent as the two sides clashed over an incident in the parking lot. The confrontation occurred as a Muslim driver was laying on his car horn as he attempted to leave the parking lot and a protester placed a sign with an image of Muhammad under the front tire of the Muslim’s vehicle.

The incident occurred shortly after another heated verbal altercation occurred in the parking lot driveway that served as a demilitarized zone of sorts. The crowds from both sides had filled the driveway and the Muslim driver was attempting to exit the parking lot. He was blaring his horn in an inflammatory manner. One of the protesters placed a sign with the image of Muhammad under the front right tire of the vehicle and the driver stopped before running over the image.

The vehicle was quickly surrounded by people from both groups and heated words were exchanged. One of the Muslim-side protesters wearing a La Raza brown beret a Che Guevara shirt attempted to remove the sign from in front of the vehicle and a scuffle ensued. Calm leadership on both sides de-escalated the confrontation before it got out of hand.

Garland police moved in quickly and moved both groups back to their side of the driveway and peace was restored. 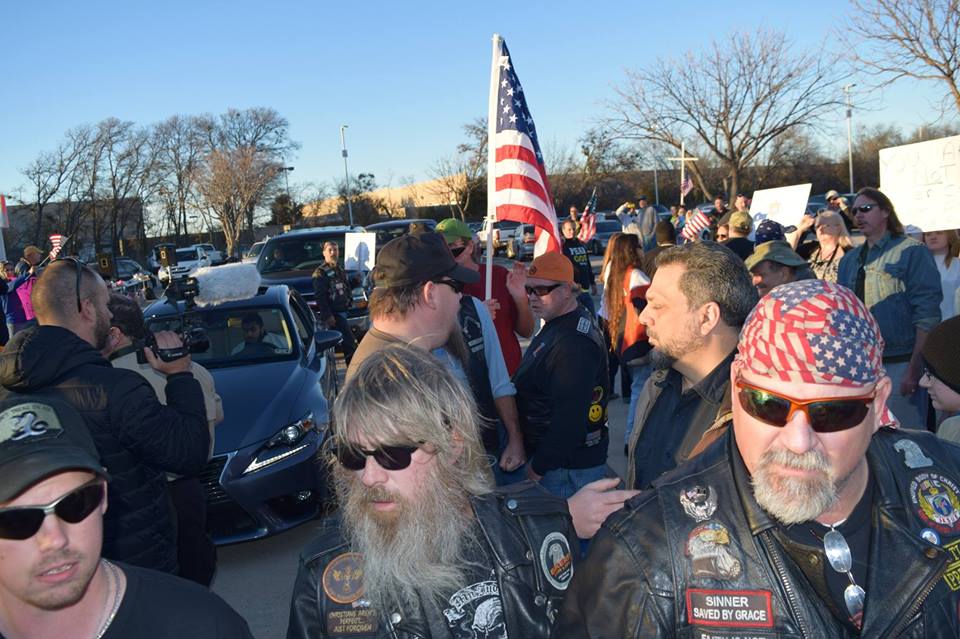