The remains of yet another illegal immigrant was found in Brooks County, eighty miles from the Texas-Mexico border. This unidentified immigrant is unique in that he has distinctive gold dental work, including a gold star on his front tooth. The remains were found on a ranch just west of the city of Falfurrias. Volunteer members of the Texas State Guard and the Border Brotherhood of Texas joined forces over the weekend to help search for other illegal immigrants who have died on the ranches located in Brooks County. Four more sets of remains were found during the weekend’s search.

Brooks County has been the scene of the gruesome discovery of dead immigrants for the past several years. In 2014, fifty-seven dead bodies were discovered. At least seventeen have been found in the first seven weeks of 2015.

The body of the man in the photo below was the first victim to be discovered in 2015. On January 2nd, Deputy Rolando Gutierrez was dispatched to a ranch in southwest Brooks County. The body of the unidentified immigrant was discovered at a hunting lodge. The temperature had been in the low forties for the past two days. The cause of his death was not immediately apparent. 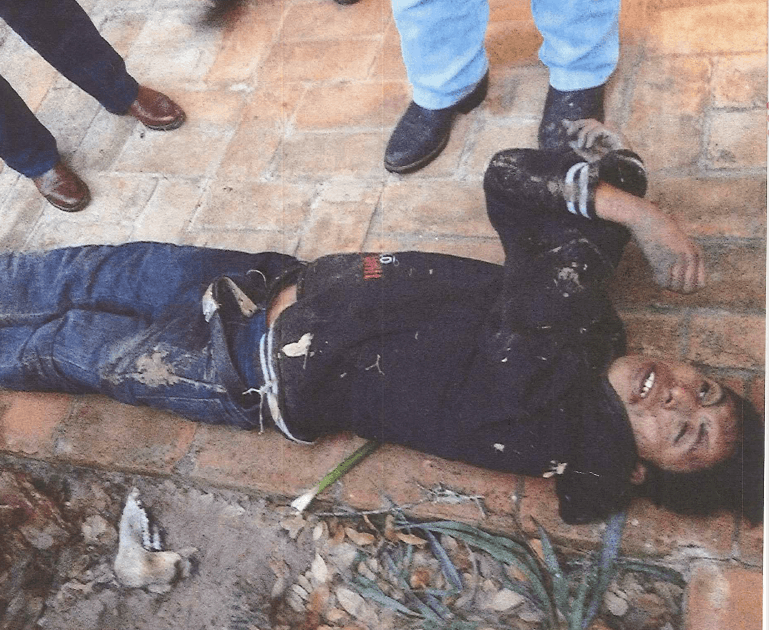 The deaths of these illegal immigrants are often caused by human smugglers dropping them off south of the Falfurrias Border Patrol Checkpoint located about eighty miles north of the border. The smugglers drop them off with very limited survival supplies and tell them it will be a short walk around the checkpoint, according to interviews by Breitbart Texas with captured immigrants. The truth is, these immigrants are dropped off as much as ten miles south of the checkpoint and then are sent on a forced march through very soft sand that will often cover as much as twenty-five miles. Often, an immigrant will get lost or injured and will then be simply left behind to die on the ranches.

After extensive coverage of this situation by Breitbart Texas and other local, state, national and international news outlets, then Governor Rick Perry ordered the Texas State Guard to assist the county in finding more of the bodies and attempting to rescue those that might be lost before they succumb to the weather and harsh environment. Governor Greg Abbott has continued this operation since his inauguration and the State Guard has made several trips to this county. 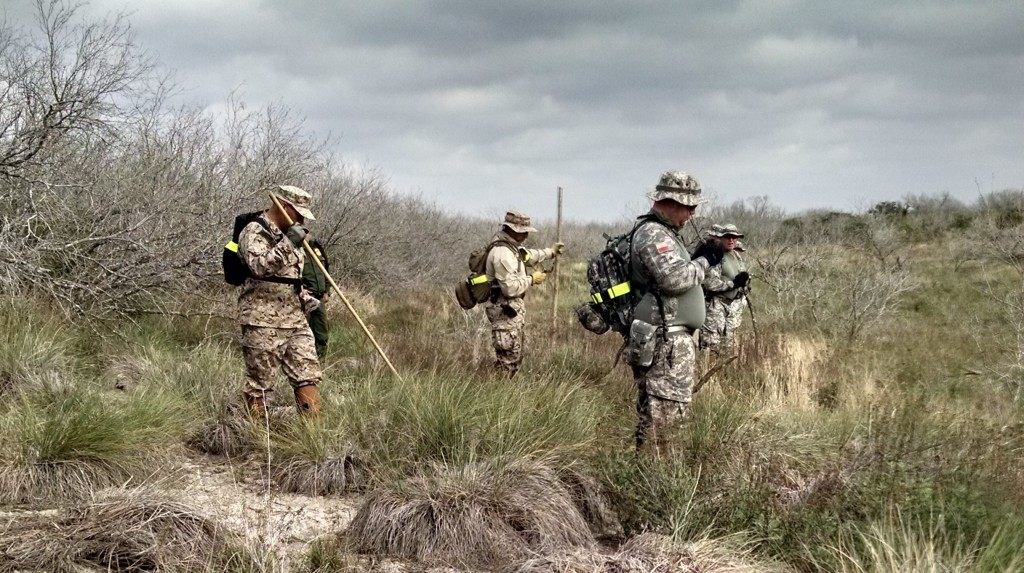 The Border Brotherhood of Texas is a group of certified police officers from across South Texas who volunteer their off-duty time to travel to Brooks County and work as reserve deputies for the county which currently only can afford four full-time deputies to cover a 1,000 square mile county. “Our goal is to help prevent the deaths of these people by finding them before they are dropped off by their smugglers,” said Donna ISD Police Sergeant Daniel Walden who is the founder of the Border Brotherhood of Texas. “If we can find them before they are dropped off into the ranch lands, there is a good chance we are saving their lives. It also gives us the opportunity to arrest these smugglers and turn them over for prosecution.”

Volunteer deputies Gil Estrada, Cecelia Castillo and Don White were in the field with the State Guard members over this past weekend. “These guys are real professionals,” Estrada said about the guardsmen. “They cover the ranches in precision search patterns that have resulted in finding more of the bodies than have been found before.” During the weekend, the remains of four individuals were found. 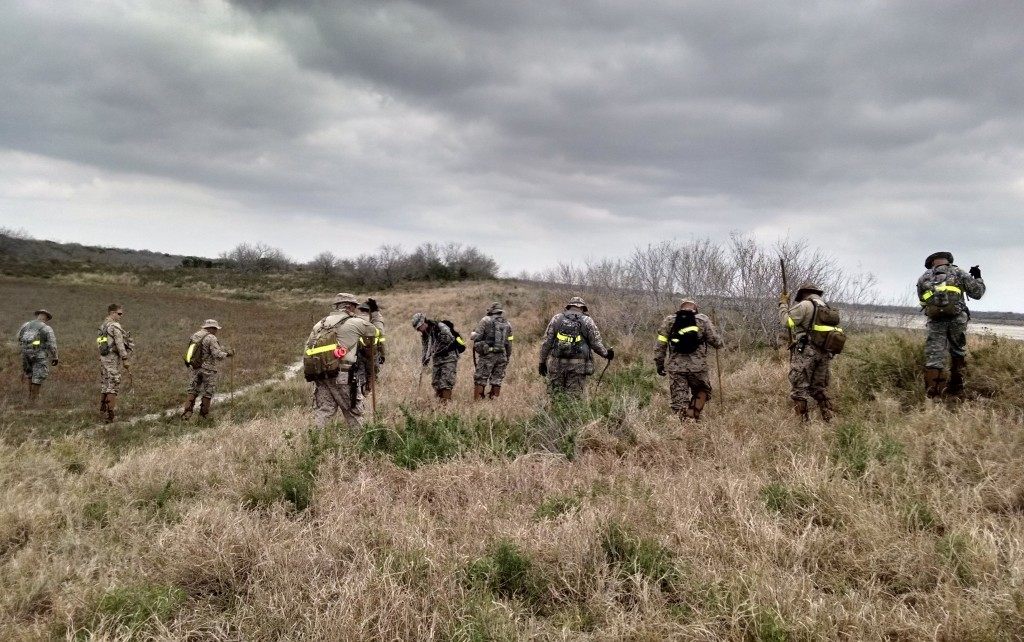 Brooks County Chief Deputy Benny Martinez said he is very grateful for the help from the State and from the volunteer deputies. “We are a very poor county,” Martinez said. “Without the help of our volunteers, many more people would likely die in these ranch lands. The weather is harsh, whether it is winter or summer and people simply cannot survive out there if they get lost.”

Many of the bodies found this year have been skeletal remains. Some have been found that have only been deceased for a day or two. “In this environment, a human body can be turned into a skeleton in as little as a week to ten days,” Martinez told Breitbart Texas. “Sometimes we can find the identities of the deceased so we can let their family members know. Often times we cannot.”

“Seventeen bodies in seven weeks is an alarming start to this new year,” Sgt. Walden said. “This is why we spend the time away from our families and give up our off-duty time. If we can save one life, it is worth it. But, in reality, we have saved many more than that.”

The recovery of these bodies by these volunteers is not a pleasant duty. What they are forced to see and smell is gruesome at best. The frustrating thing for them, is the lack of prosecution of the smugglers by state and federal officials. Federal officials have told the deputies they will not prosecute a smuggler who has less than nine people in their vehicle. Local authorities have told this writer that Texas law does not have penalties for human smuggling that are strong enough to make it worth pursuing in counties with very limited prosecutorial resources.

State Senators Joan Huffman and Lois Kolkhurst have told this writer they will introduce legislation in this session to strengthen the penalties for human smuggling in Texas. Human smuggling is a state crime in addition to being a federal crime. Brooks county is a prime example of just how heinous this crime can be.