A left-of-center media outlet is speculating whether the death of Ahmed Al-Jumaili, a Muslim Iraqi immigrant who had moved to Dallas, Texas, was a hate crime. The Chicago Tribune published a story on Sunday with the title “Killing of Iraqi man in Dallas sparks concern over possible hate crime.”

Thirty-six-year-old Al-Jumaili had recently immigrated to America from Iraq. Media outlets are united in reporting that the man was shot dead after he came outside of his apartment to take photos of the snow. He sustained a shot in the chest as he hid behind a truck in the apartment parking lot.

The killing happened just after midnight early Thursday morning. Fox4 news in Dallas reported that “The suspects are believed to be a group of teenage boys who took off running. Witnesses told police there was a group of them nearby, and one of them started firing shots without warning.”

The four suspects’ images were caught on video surveillance cameras. The video has been published by the Dallas Police Department.

Dallas Police Maj. Jeff Cotner answered the question of whether this was a hate crime by saying “We don’t know. I can’t refute that and I cannot corroborate it. … If they were a target? That’s a possibility.”

Cotner was also reported to have said that it was a possibility that Al-Jumaili was just a bystander victim, and that the young men who were involved in the shooting, may have had an argument among themselves.

The Chicago Tribune article stated that “The attack has stirred fears among some Muslim activists who pointed to the recent slayings of three Muslim students in North Carolina and recent protests in Garland, Texas, as evidence of heightened anti-Islamic sentiment.”

Breitbart Texas was at the “Stand with the Prophet” conference in Garland in January when there was a clash between protesters at the conference. Although the Tribune reported that “hundreds of people began shouting anti-Islamic rancor at a group of Muslims,” such is not the case. Moreover, although there was a heated altercation when a Muslim driver attempted to exit the parking lot while honking his horn, and one of the protesters placed a sign with the image of Muhammad under his front tire, only a handful of protesters were involved in this incident. You can see the video taken by Breitbart Texas while right in the midst of the protesters.  Warning, the video contains graphic language.

The Tribune reported that Alia Salem, executive director of the Council on American-Islamic Relations, Dallas-Fort Worth Chapter, released a statement urging law enforcement authorities to look into the motive for the shooting.

Salem’s statement said “There was nothing said to Ahmed or his wife and her brother by the perpetrators in advance of the shots. … Including no verbal insults or derogatory slurs.”

Salem also said that neither Al-Jumaili nor his brother wore clothing that would indicate their ethnic or religious identity. His wife was wearing her hijab but it was concealed by a winter hat.

Mohammed Altaae, Al-Jumaili’s father-in-law, said he did not think the shooting was a hate crime. He told Fox4 in Dallas “They’re only kids. Maybe they were playing with themselves with guns or shooting at each other.”

The Dallas Morning News reported that a neighbor, Jose Ortiz, said this was not the first time he had heard gunshots at the Walnut Bend Apartments near Walnut Street and Audelia Road. Ortiz has a 7-month old daughter and said “We’re not going to stay here. … We have to move. I can’t stay here. It’s very dangerous.”

A memorial fundraising page has been set up for Al-Jumaili. The man married his wife, Zahraa, 16 months ago. They were recently reunited when he moved to Dallas. Al-Jumaili was reported to have stayed in Baghdad where he worked until he could come join her in Dallas with her family. The couple were reunited just three weeks ago. 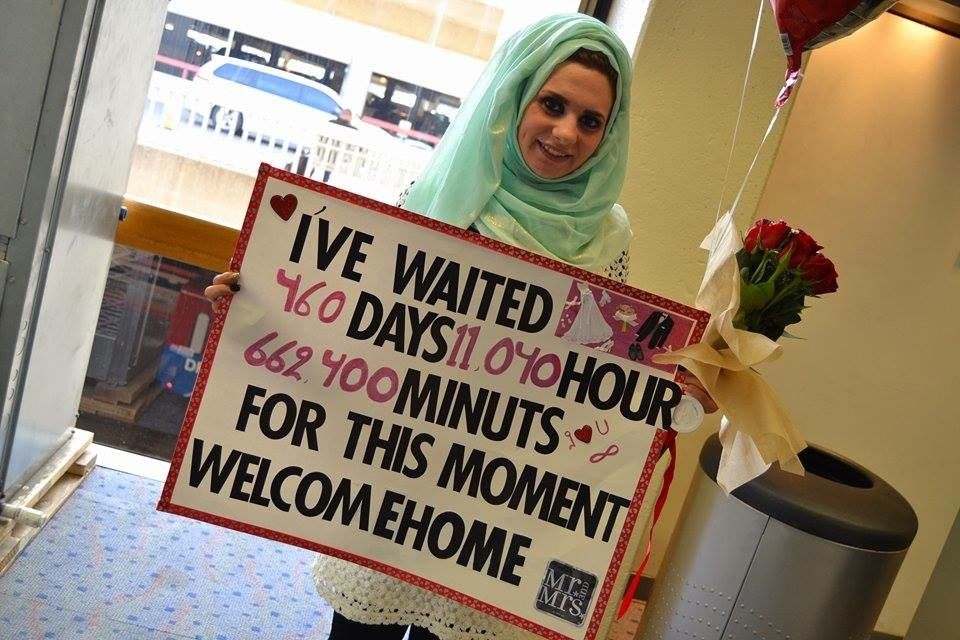 Al-Jumaili is reported to have left Iraqi in order to flee from ISIS.

There is a reward being offered by the local Crime Stoppers program.