Twice in two months, a 24-year-old North Texas high school teacher was arrested and charged with sexual misconduct for having allegedly improper sexual relationships with students. Irving Independent School District (ISD) math teacher, Kaitlyn Renee Granado, was originally arrested on March 19 for an inappropriate relationship with a male student that occured in April of 2014. She was charged with a felony count for lewd educator-student sexual misconduct.

The Houston Chronicle reported that Irving police opened an investigation after a school resource officer at the district’s MacArthur High School learned Granado had been involved romantically with a male 15-year-old student. Granado was placed on administrative leave.

Then, on April 13, Granado was arrested again for having sex with a student in the back seat of her car on consecutive nights in January outside a home in Dallas, the police report showed, according to the Fort Worth Star Telegram.

Granado was booked in the Irving Jail on a charge of having an improper relationship with a student. She was released on $50,000 bail.

The minor was a MacArthur High School sophomore, who told a resource officer that he had sex with Granado on January 18 and 19 in front of a home in the 800 block of Keeneland Court. The home was across the street from an elementary school.

The arrest report obtained by the Star-Telegram stated that Granado admitted to kissing the student in April and allowing him to rub her breasts.

“While privacy laws prevent us from sharing specific details, we can resassure our families that we took immediate and appropriate action,” Irving ISD officials said in a statement obtained by the Star-Telegram.

Granado continues to remain on administrative leave, which district officials pointed out “prevents her from working with students and being present on any Irving ISD property.”

Teacher-student sexual misconduct continues to be a growing problem across the country. Breitbart Texas has been following this alarming trend. According to Alabama newsite al.com, Texas landed the dubious distinction of leading the nation “in terms of the sheer number of cases recorded with 116 of the 781 accusations and convictions” occurring instate.

Terry Abbott, former chief of staff for the US Department of Education, heads up the Houston-based research firm Drive West Communications, which tracks reports of this kind of misconduct. He believes “Classroom sexual predators have been exploiting” social media services such as Facebook, Instagram and Snapchat along with text messaging to “develop improper relationships with students out of sight of parents and principals.”

Between 2009-13, Texas experienced a 27 percent jump in educator-student sexual misconduct cases, bringing the previous tally from 141 to 179. The state added 74 new cases of improper relationships between September 1, 2014 and February 28, 2015.

Breitbart Texas reported that, although these bad seeds exist, the Texas Education Agency (TEA) wanted Texans to know that more than 334,000 of its public school teachers act appropriately and ethically in their classrooms.

Meanwhile, on April 15, one state over in Louisiana, 32-year-old teacher, Shelle Dufresne, who was accused of having sex with a 16-year old, agreed to a plea deal that will allow her to avoid prison time or having to register as a sex offender.  KDFW-4 reported that for her one count of obscenity, Dufresne received a $1,000 fine. A three-year prison sentence was deferred on the condition that she complete 90 days of mental health treatment. Her teaching license will be revoked in lieu of having to register as a sex offender. To celebrate, Dufresne celebrated her deal on social media with selfies. 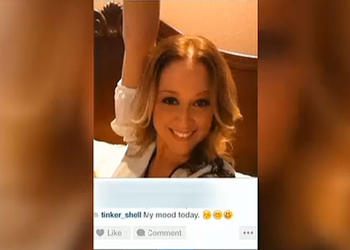