The controversial P.C. training session that was the brain-child of a male Austin Assistant City Manager has resulted in his suspension, pending an investigation.

The Austin City Council is now comprised of a majority of women, so the Assistant City Manager decided to hold a two-hour P.C. training for city staff on “special rules” for dealing with female government leaders.

Breitbart Texas previously reported about the training session, which has now resulted in the firing of the Florida City Manager who taught the course, and the suspension of Anthony Snipes, the Austin Assistant City Manager who organized the seminar and requested two instructors from Florida. Both of those instructors were male officials who have worked with majority-female city councils. 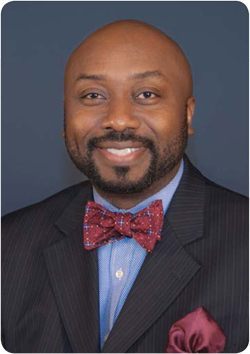 The training was entitled “The Changing Dynamics of Governance: Women Leading in Government.”

Austin City Council members stood behind City Manager Marc Ott at a press conference where he apologized for the course.

Ott said the investigation would focus on how the controversial training program “was implemented without the appropriate vetting.”

Jonathan K. Allen, the male city manager from Lauderdale Lakes, Florida, who taught the course, was fired after returning from his engagement in Texas. Apparently his training tips for working with an all-female city council were not appreciated by the women who employed him in Florida. 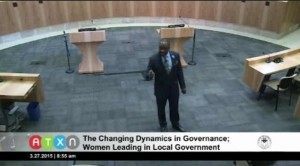 Allen used the women he worked for as examples during his training class in Austin. One example included telling attendees that cost-benefit financial information on the cover of city agendas was not important to his female city commissioners.

Allen said when working in prior administrations he normally presented financial information, such as explaining that a proposed racetrack would make $6 million dollars, or a certain project would make over $200,000. He said community issues are more important to female-dominated city councils.

He said women ask a lot of questions, using his 11-year-old daughter as an example. The city manager from Florida repeatedly told attendees about “the importance of being patient,” again referring to his daughter for examples of how patience is essential when dealing with women.

A City of Austin media advisory stated the city was removing the training video from its website because “unfortunately, the training’s content was not consistent with the City’s culture, philosophy or management approach.”

According to the Texas Tribune database of government salaries, Anthony Snipes earns $210,995. He was hired in June of 2008.