After Sunday’s deadly events in Waco related to outlaw biker gangs, exclusive research by Breitbart Texas shows that the Facebook pages of self-proclaimed members of the Cossacks Motorcycle Club were filled with images designed to taunt members of the rival Bandidos club that has dominated Texas for years. Additionally, the Cossacks social media accounts indicate that the group has been strengthening their Texas ranks with what they identify as “transfers,” or bikers brought in from other states to bolster the gang’s numbers. 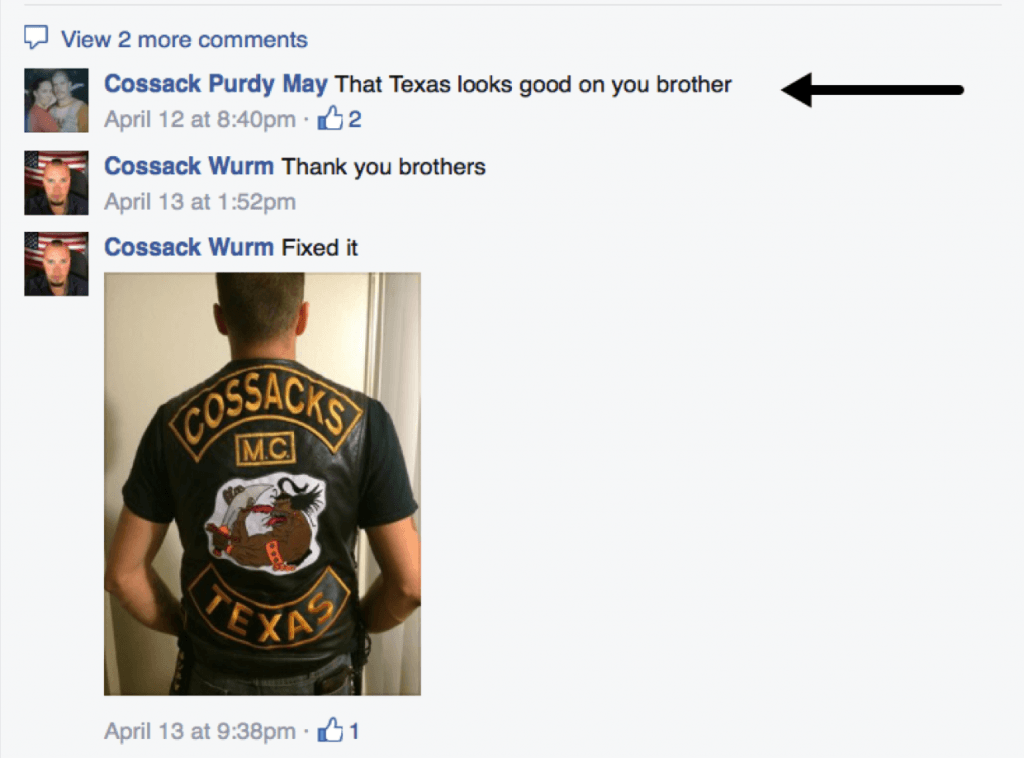 Police arrested 170 members of the Cossacks, Bandidos and three other gangs after Sunday’s blood bath. The members are currently being held on $1,000,000 bond each. 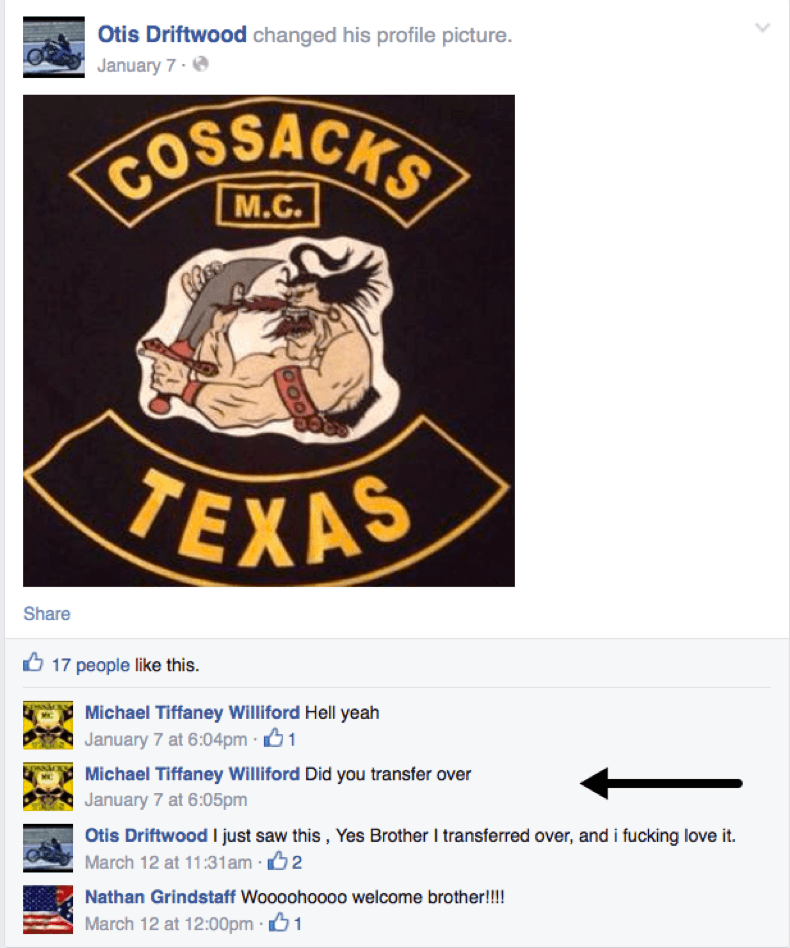 Using a published list of the arrestees, Breitbart Texas tracked down the social media of several members and found that in the past few months, many of the Cossacks began prominently displaying a Cossacks logo that featured “Texas” in it. This is seen as a direct challenge to the Bandidos group. On Tuesday, CNN explained explained the territorial nature and sensitivities of the Bandidos:

The bottom rocker refers to a state name on the back of a biker’s vest. According to Falco, it can indicate where someone is from, as well as claim territory for that club.

“The Cossacks decided that they were big enough now to go ahead and wear the Texas bottom rocker, and basically tell the Bandidos that their ready for war,” he said.

Not only did a number of Cossacks social media images feature the Texas designation, but many images showed groups of Cossacks giving the middle finger. 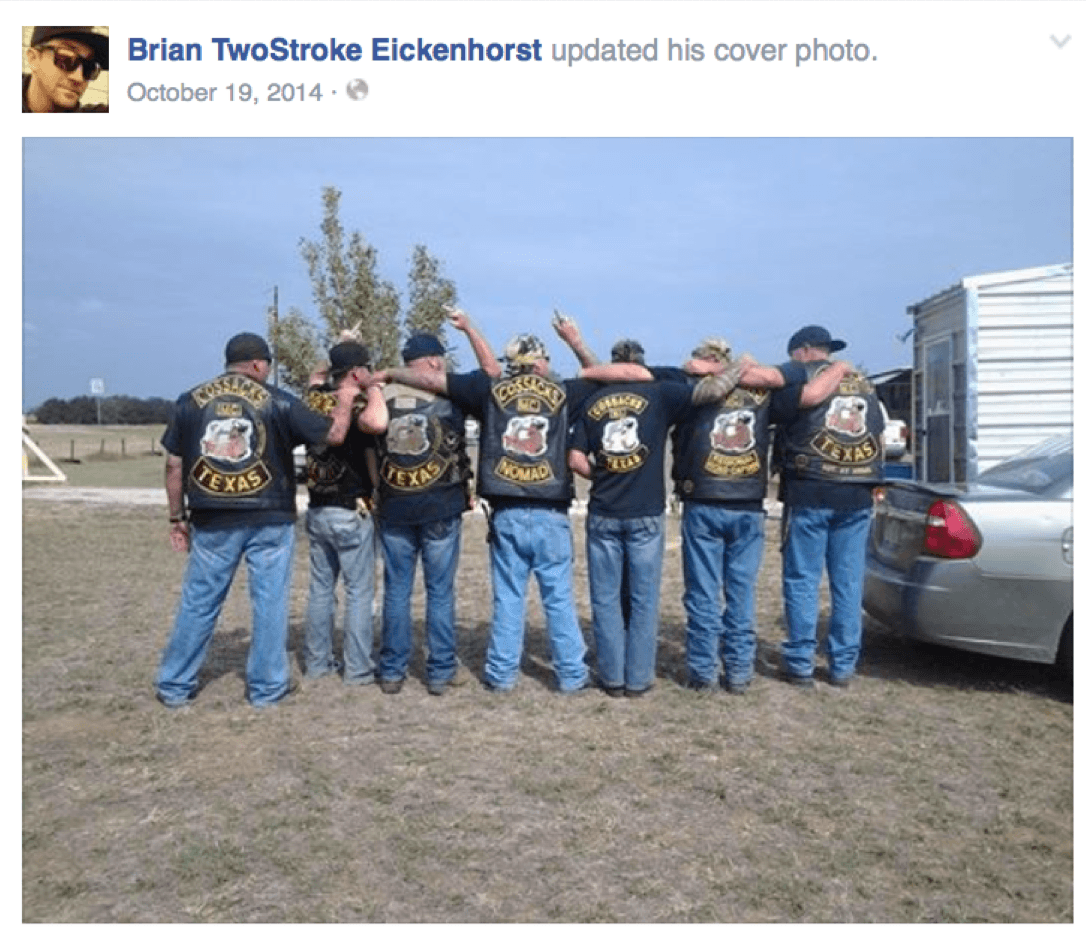 Some social media profiles reference recent moves to Texas by Cossacks, sometimes referred to as transfers. This is another sign of growing tensions between Cossacks and Bandidos that led to Sunday’s showdown.