Photos on the Facebook page of a group called Free All The Waco Bikers appears to show police snipers on an apartment building rooftop, across the street from a Harley-Davidson dealership that was a hosting a memorial service for one of the bikers shot and killed outside a Twin Peaks restaurant in Waco on May 17.

This is the second time in less than a week that snipers have been posted outside a Texas Harley Davidson dealership after the Waco incident.

The most recent sniper sighting occurred at the “fundraiser and celebration of life” for Jesse Rodriquez, a decorated Vietnam vet who was known to fellow bikers as “Mohawk,” and frequently did charity rides with his wife. The fundraiser was held at Geuene Harley Davidson in New Braunfels, south of Austin.

It’s unclear why snipers were in place. Many who knew Rodriguez—a father of 7 and grandfather of 19—have disputed that he was a criminal. According to the New Braunfels Heralnd-Zeitung:

Vincent Ramirez said media outlets have portrayed his father, Jesus “Jesse” Delgado Rodriguez, 65, as a bad person, and that’s not just inconsiderate — but wrong. And he insisted his father was not involved with any biker gang.

“I don’t want people to be categorizing my dad. That’s not the kind of man he was,” Ramirez said. “He was a veteran. He fought for his country. He was a family man. He loved to ride his motorcycle. He rode with all kind of groups.” 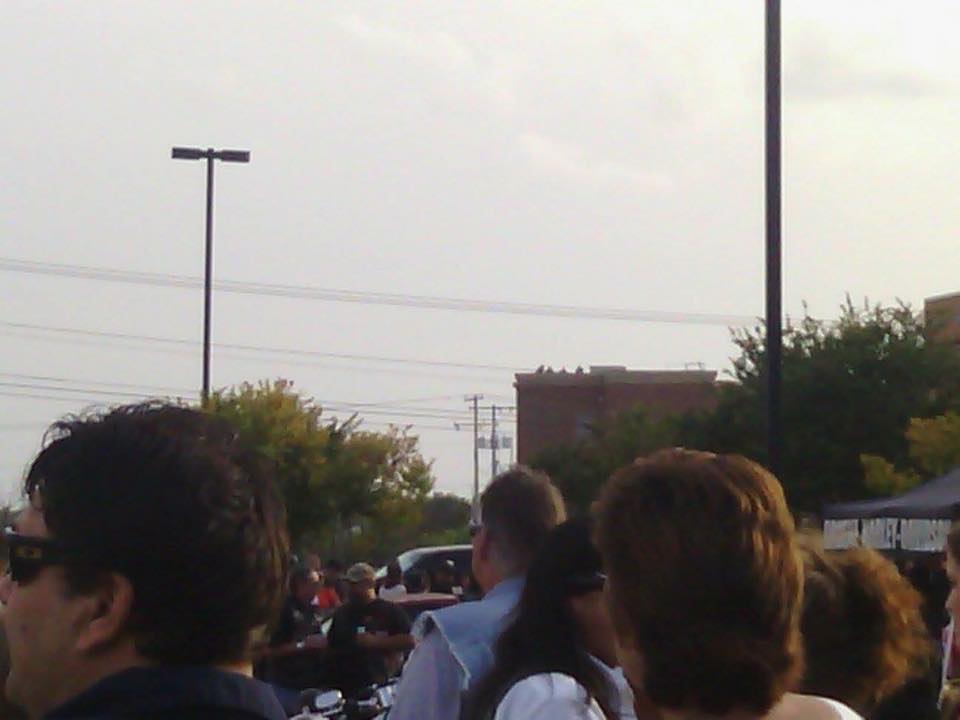 The article also quotes Carlos Casillo, a friend who knew Rodriguez for 40 years, as saying:

…reports about Rodriguez being a member of the Bandidos motorcycle gang are false. Rodriguez knew some Bandidos, sometimes rode with some and bought patches in support of some of their benefits, Castillo said.

“He wasn’t a violent person at all; he was a loving person,” Castillo said. “He never carried any weapons. He just happened to be in the wrong place at the wrong time. He was an innocent bystander.”

Rodriguez will be buried on Friday.

Judging by the photos posted on Facebook Wednesday night, it appears snipers were posted on two rooftops across from the Harley dealer-hosted event, which included a raffle, food and music. 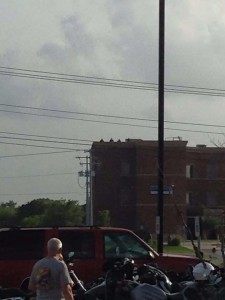 Breitbart Texas used Google Maps to confirm that the apartment building shown in the photos is indeed directly across from the Harley dealership.

The second sniper incident was reported this past Saturday at Longhorn Harley Davidson in the southern Dallas suburb of Gran Prairie. CBSDFW.com reported that police positioned snipers outside the dealership during a motorcycle event. No incidents were reported.

The use of military-style weaponry by law enforcement is one of the puzzling aspects of the Waco incident, which police have referred to as a “biker shootout.”

The Waco police have not yet explained why a SWAT team, and other law enforcement with heavy weapons, were in the parking lot of the Twin Peaks restaurant that was hosting a Confederation of Clubs and Independents (CoC&I) meeting. As Breitbart Texas has reported, those meetings have never previously been the scene of violence.