While the left was hailing an aspiring entertainer for illegally scaling a flagpole to remove a Confederate flag as a hero, a group of real heroes from Texas quietly paid a visit to South Carolina.

Members of the Houston Police Department Bike Relay Team made an emotional stop at the site of last week’s horrible shooting in Charleston on Sunday morning. The 43-member group – 40 members of the Houston Police Department and 3 civilians – came to pay respects at the Mother Emanuel AME Church as part of their 2200 mile trip from Houston to New York City to raise money and awareness to help find a cure for leukemia and lymphoma.

Video posted by the group shows them riding up in silence to the Mother Emanuel church.

As Lt. Randy Upton said on Houston PD’s Facebook page, “It was an honor to have prayed, and placed tokens of our respect to the victims and community.” 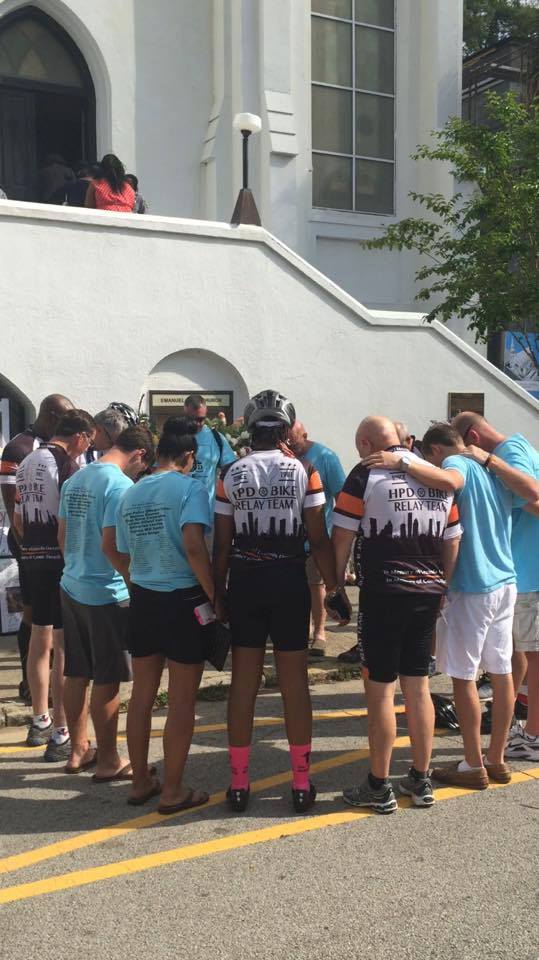 Breitbart Texas spoke to members of the group, who said that the stop in Charleston was planned before the shooting, but that they wanted to bring a message of support from Houston for the city that was rocked by the deaths of nine black churchgoers, allegedly at the hands of a racist 21-year-old shooter.

Member of the team were visibly moved and greeted warmly by Charleston police officers helping to maintain order and safety outside the church as Sunday services were getting ready to begin.

HPD officer Ana Gomez also brought Precious, the dog that’s been riding with her on the trek. 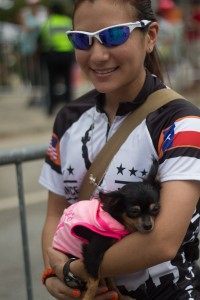 The trip to New York has already seen the HPD do other good deeds on the road. As Click2Houston reported, Officers Mirescha Childs, Brittany Thaler and other team members helped a 69-year-old man trapped after a car accident that they came across in Alabama.

Childs said the man’s prosthetic leg had come off and he had been trapped in his car for 30 minutes after falling asleep behind the wheel.

“(It was) only by the grace of God that Brittany and I saw him flicker his lights and we got all riders to stop and called 911,” Childs said.

In the past 34 years of rides, the HPD Bike Relay team has raised over $5,500,000 to help find a cure. Breitbart Texas readers who want to support the group’s work can donate directly here. Follow the group on their Facebook page or with their hashtag #HPDBikeRelay on Twitter. 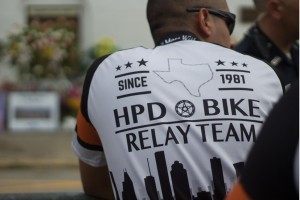