McALLEN, Texas—U.S. Border Patrol agents rescued an illegal immigrant from Honduras who had been left to die in the brush by a human smuggler. The woman suffered from serious dehydration.

The rescue began on Monday afternoon when agents were notified about a woman that had been abandoned by her human smuggler in the Falfurrias area, information released to Breitbart Texas by U.S. Border Patrol revealed.

Falfurrias is an area about 80 miles north of the Texas border with Mexico where Border Patrol has set up a checkpoint. Human smugglers and drug trafficker try to avoid it by trekking through harsh unforgiving terrain. In recent days, the temperature in South Texas has been at or over 100 degrees on a daily basis.

On Monday the agents searched through the afternoon, into the night, and into Tuesday morning until they found the woman next to a fence. The agents rushed her to a hospital in Kingsville, where she was being treated for dehydration. 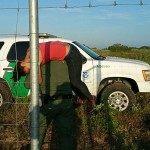 Just last week an 11-year-old boy from El Salvador, who had managed to cross the Rio Grande with a large group, ended up dying from heat related symptoms, Breitbart Texas previously reported.

Last summer, Breitbart Texas’ Bob Price spent most of the summer and fall in Falfurrias and Brooks County extensively reporting on these types of incidents. The Brooks County Sheriff’s Office is forced to deal with those who do not survive these types of incidents. “Human smugglers routinely abandon people who either become injured, lost, or simply can’t keep up on the very difficult hike around the Border Patrol checkpoint,” Brooks County Chief Deputy Benny Martinez told Price recently. “They simply leave them to die in this oppressive heat and hazardous terrain.”

The sheriff’s office also has to pay for the cost of funerals for these illegal immigrants who die in their county. “So far this year, thirty-one people have died trying to cross this county,” Martinez said. This time last year, Deputies found the 45th victim of the march of death through Brooks County. 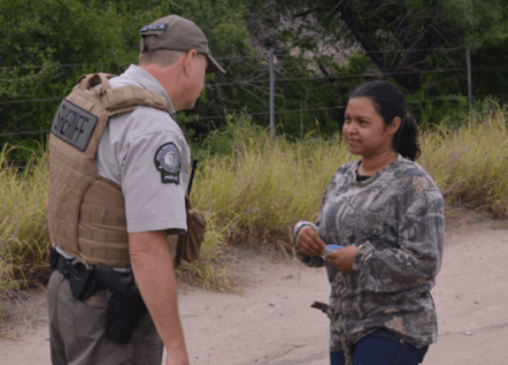 Because of the financial and human cost of these incidents Martinez worked with Donna Independent School District Police Sergeant Daniel Walden to develop a team of certified peace officers to serve as reserve deputies at no salary cost to the county, “These volunteer peace officers have risked their lives to help reduce the number of deaths in the county and raise the level of law enforcement services to the county’s residents,” Walden told Breitbart Texas. The group, named the Border Brotherhood of Texas, has supplied more than twenty-five volunteer peace officers to work in Brooks County.

In July, Walden posted a photo of the border patrol checkpoint south of Falfurias revealed