Texas Governor Greg Abbott cheered, “Texans can rejoice today.” That was the cry at the state capitol early Monday afternoon when a clean and shiny Blue Bell delivery truck arrived at the south steps. The delivery drivers brought in gallons and gallons of Blue Bell Homemade Vanilla and Dutch Chocolate.

Within a few minutes, the delivery had made its way to the desk of Texas Governor Greg Abbott, along with a scoop and official Blue Bell ice cream bowls. The next moment, Gov. Abbott is scooping up some of the Homemade Vanilla with a huge smile on his face.

“Generations of families have enjoyed Blue Bell as a traditional Texas treat, and their production facilities have played an integral economic role in local communities across the Lone Star State. On behalf of all Texans, I want to welcome Blue Bell back and wish them luck as they continue to ramp up production.”

The Blue Bell went on sale earlier today at select locations in Houston and Austin, as well as Blue Bell’s Hometown of Brenham. Some stores limited how much consumers can buy. 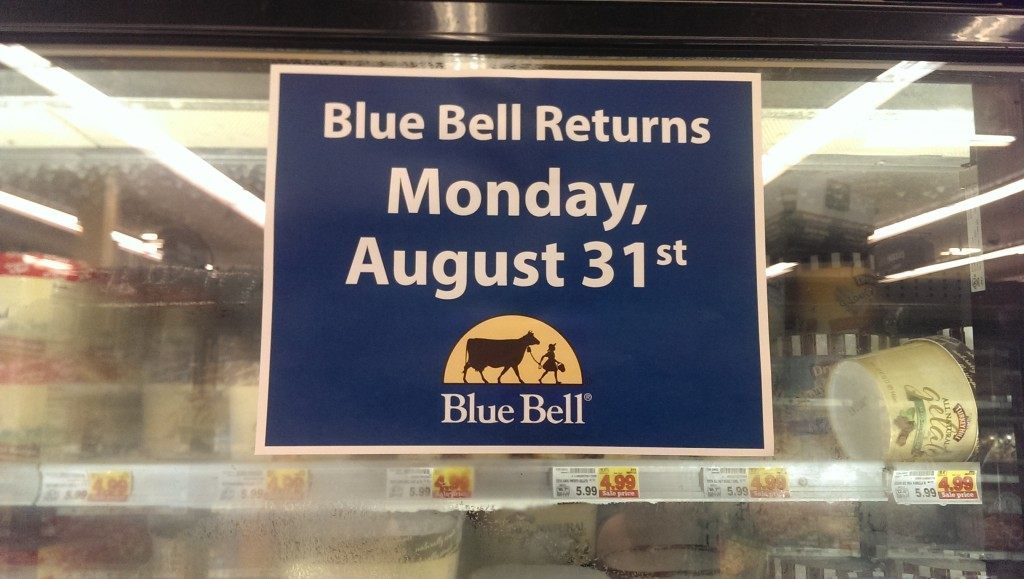 Other stores in Birmingham and Montgomery Alabama had inventory delivered today. The next phase of distribution includes Central Texas and southern Oklahoma.

The return of Blue Bell to the freezer section comes almost five months after the voluntary recall of ALL Blue bell products in April, following reports of ten cases of listeria in four states, and three deaths at a Kansas hospital. 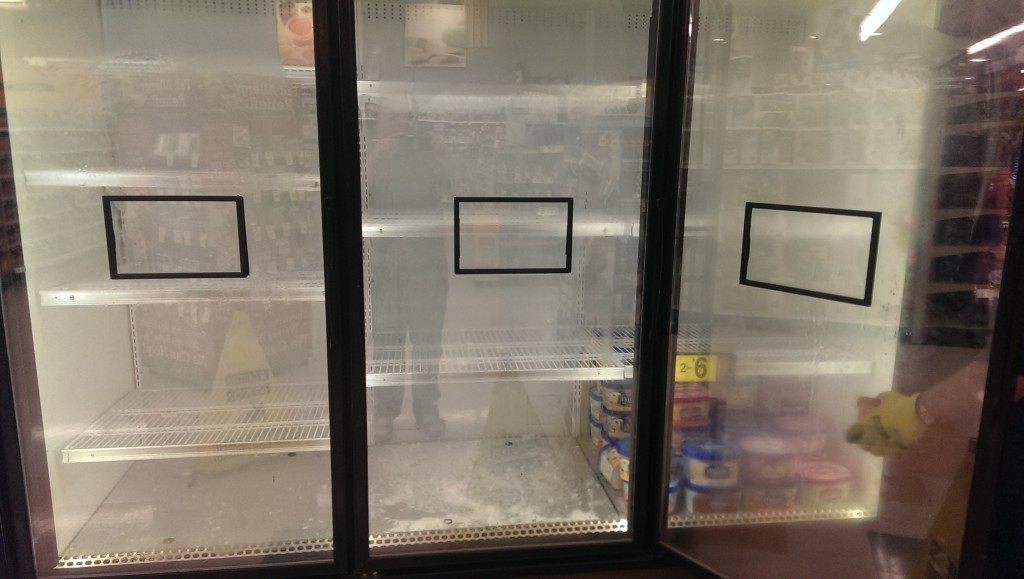 The company’s facilities in Brenham, Texas; Broken Arrow, Oklahoma; and Sylacauga, Alabama were then shut down, production halted, and a thorough cleaning and decontamination of the entire building. All of this was overseen by local health officials with continuous testing for bacteria or contamination.

Meanwhile, the majority of the company’s employees were furloughed for the summer. Many have been brought back in as production and distribution returns to pre-shutdown levels.

There’s no indication from Blue Bell on when the Oklahoma and Texas facilities will recall their workforce and return to production.