An economics professor emeritus from the University of Texas in Austin has resigned. His reason expressed in a resignation letter, a fear that law abiding students with a concealed handgun might shoot him.

UT Professor Emeritus Daniel Hamermesh sent a letter of resignation to UT President Gregory Fenves saying that he would not be honoring his agreement with the university to teach during the fall 2016 and 2017 school sessions, according to The Daily Texan. He told Fenves in his letter that he is not comfortable with the risk of having a student shoot at him in class after the Campus Carry Law goes into effect on August 1, 2016. 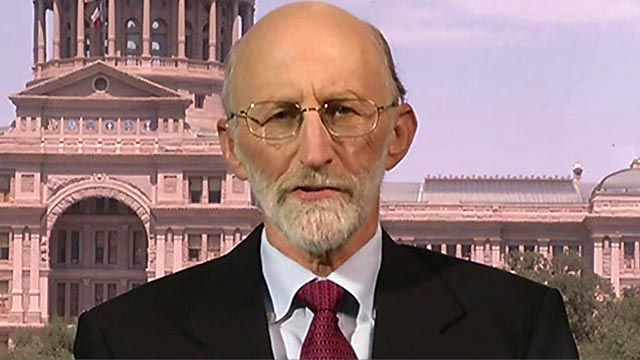 “With a huge group of students, my perception is that the risk that a disgruntled student might bring a gun into the classroom and start shooting at me has been substantially enhanced by the concealed-carry law,” Professor Hamermesh wrote in the letter detailing his reasons for leaving.

“Apparently the professor thinks that a person that is angry enough over his grades to come into a classroom and shoot a professor would be intimidated enough by a law prohibiting a concealed handgun to change his mind and not shoot,” said Texas State Representative Allen Fletcher (R-Cypress), the House sponsor of the Campus Carry Law (SB11), in an interview with Breitbart Texas on Tuesday.

“I can just see the thought process,” Fletcher explained. “A student is so angry that he is about to fail a class and lose his scholarship that he decides he is going to shoot the professor. Then he sees the ‘gun free zone’ sign and says ‘Oh, I better not do that because it’s against the law to carry my gun in there.’”

“There is simply no evidence to back up the professor’s fears,” Fletcher concluded.

As the bill’s author, Fletcher listened to hours of testimony from professors and law enforcement officials who expounded on the fears of classroom shootings if this bill passed. Fletcher is a retired police officer. He said he constantly reminded those officials that there is nearly twenty years of factual data on Texas CHL holders that disproves their unfounded fears.

Hamermesh told President Fenves that instead of honoring his contractual commitment to the university, he will instead be teaching at the University of Sydney next fall.

“My guess is somebody thinking about coming to Texas is going to think twice about being a professor here,” Hamermesh wrote. “It’s going to make it more difficult for Texas to compete in the market for faculty.”

“I think it is exactly the opposite,” Fletcher responded. “After seeing the shooting incidents at gun free campuses in Oregon and Virginia, perhaps a classroom in Texas, where a law abiding citizen might be able to stop a madman with a gun by shooting him with their own gun, might just seem to be a better and safer decision.”