Christian bikers in ministry, like Bikers for Christ, say they are frequently detained and questioned by cops who want to see if they have information about bikers obtained while engaging in their ministry. The Twin Peaks biker indictments and arrests in Waco, Texas, brought attention to the profiling, as well as the harassment of motorcycle riders in America. Among these bikers are independents who do not belong to any particular organization, as well as those who wear patches and are members of biker and motorcycle clubs, Christian and Veteran bikers, and others.

An attorney for the bikers, Stephen P. Stubbs says, “Yes there are a small number of bikers who give the rest of the bikers a bad name, but bikers are regular people that spend a great deal of time helping others. They are parents, grandparents, and neighbors. If people would get to know them, they would find that bikers are not very different from them.” 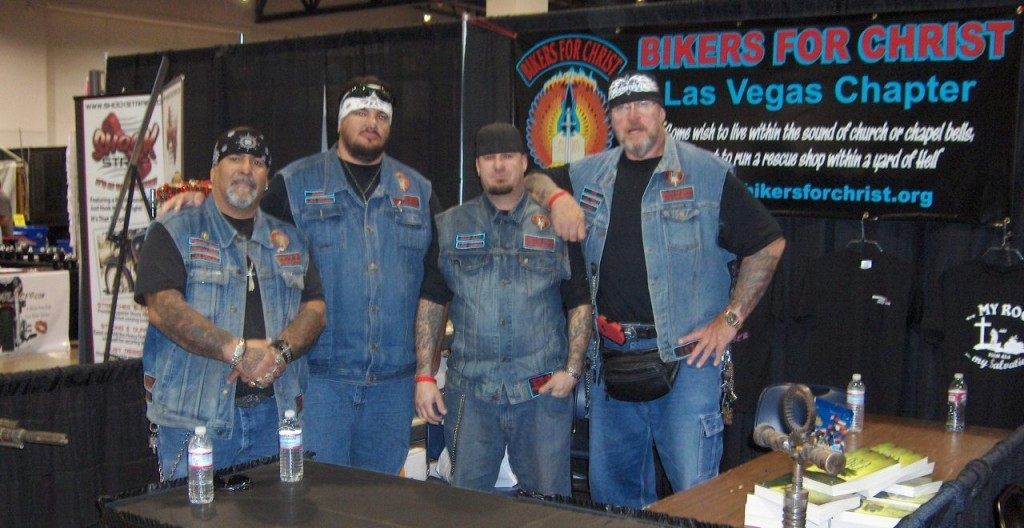 Stubbs was with bikers of the group Bikers for Christ M/M (Motorcycle Ministry) when he was arrested. He would not stand back (where he could not hear what was going on) when one of them was being detained.

He told Breitbart Texas, “These men and women put on bible studies, all they care about is Jesus. They don’t care about anything in this world but Jesus.”

Pastor Leo Martinez of the group Bikers for Christ gave Breitbart Texas some photos of the Christian bikers and said, “I hope this will be enough to show the world that although we live in this world, we are not of this world.  We may look different, and different we are. We believe in God the Father, the Son and Holy Spirit, and so we completely surrendered it all to him. We are a new creation.”

The minister added, “I pray these pictures touch the hearts of the people who see them that they may come to know the Lord Jesus Christ. May the Lord’s peace and grace fill each day of your life.”

Breitbart Texas spoke to Las Vegas lawyer Stephen P. Stubbs who said, “Bikers for Christ specifically minister to those they feel are not welcome in traditional churches. Thus, they minister to bikers and those in the biker community, and the homeless.”

Stubbs said the photo at the top of this article shows bikers in Las Vegas that went into a homeless community to feed and pray with the homeless. He said the bikers do this on a regular basis but the photos are from 2015.

Stubbs told Breitbart Texas that members of multiple motorcycle ministries, including the Bikers for Christ, Soldiers for Jesus, and Sons of God, all met with him at different times to discuss being harassed and detained by police intelligence task forces. Stubbs said these biker ministers are “pumped for information” concerning the bikers they serve.

“It was a known and established practice for LVMPD (Las Vegas Metro Police Department) to treat other motorcycle clubs in this way,” the Las Vegas attorney said. “The ministers were concerned because it was impeding their efforts to bring their biker brothers to Jesus. It’s hard for bikers to trust other bikers who are regularly detained by the police for information.”

Stubbs describes himself as a “Mormon/Attorney/Biker/Comedian and son of a navy chaplain.” He says he “specializes in standing up to the government and has done that his entire career.”

“Bow-Tie” as bikers call him said he started representing bikers “because I saw American citizens that were not being handled like human beings in the biker community. So I just had to help them.” Over half of the cases he handles for the bikers he does pro bono (done for the public good without any payment or compensation).

Stubbs represents 43 motorcycle clubs, and four one percenter clubs. He said that the American Motorcycle Association coined the phrase “one percenter” to apply to those who refuse to play by the rules.

The Las Vegas lawyer regularly speaks at biker club meetings to inform club members about traffic and other laws, and their rights under the U.S. Constitution, including their rights while being stopped or detained by police officers. He said “It has been a real battle over the last five years because of all of the harassment the bikers have been through.”

As can be seen from the video, Stubbs was arrested when he refused to let a Christian ministry biker be detained without him being present. They were in Las Vegas and he had just spoken to bikers at a club meeting. A biker with Bikers for Christ had been stopped when he “allegedly did not use a left-hand signal.” Stubbs says the biker did not need to signal because he was in a left-hand-turn-only lane.

Stubbs explained, “If you are not being released and you are being questioned, you are being detained, can’t leave, you have a Fifth Amendment right of counsel.”

Stubbs told Breitbart Texas, “I’ve filed a lawsuit against the Las Vegas Metropolitan Police Department. While I was standing next to my biker client (Bikers for Christ) during routine questioning, the Gang Task Force showed up in military/tactical gear, and ordered me to leave so they could question my client without me present. I refused and was arrested for ‘Obstruction.’” 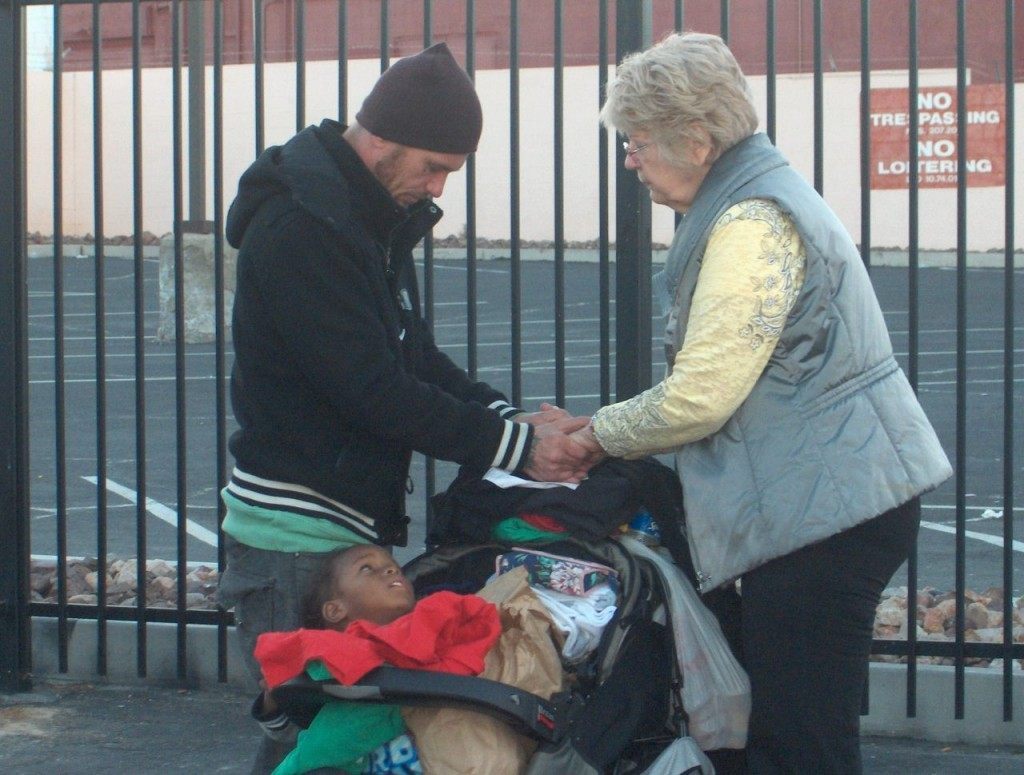 He added, that a police sergeant then signed a false affidavit of arrest. “Fortunately, someone recorded the encounter with their cell phone, proving my innocence and I was acquitted in March 2015,” he said. “I am so grateful for the cell phone video. Otherwise, I would have likely been falsely convicted and lost my law license.”

Stubbs said that after the prosecution put on its case against him at trial on March 25th, the judge said the evidence showed that Stubbs was just doing his job as a lawyer. The judge then found him not guilty. 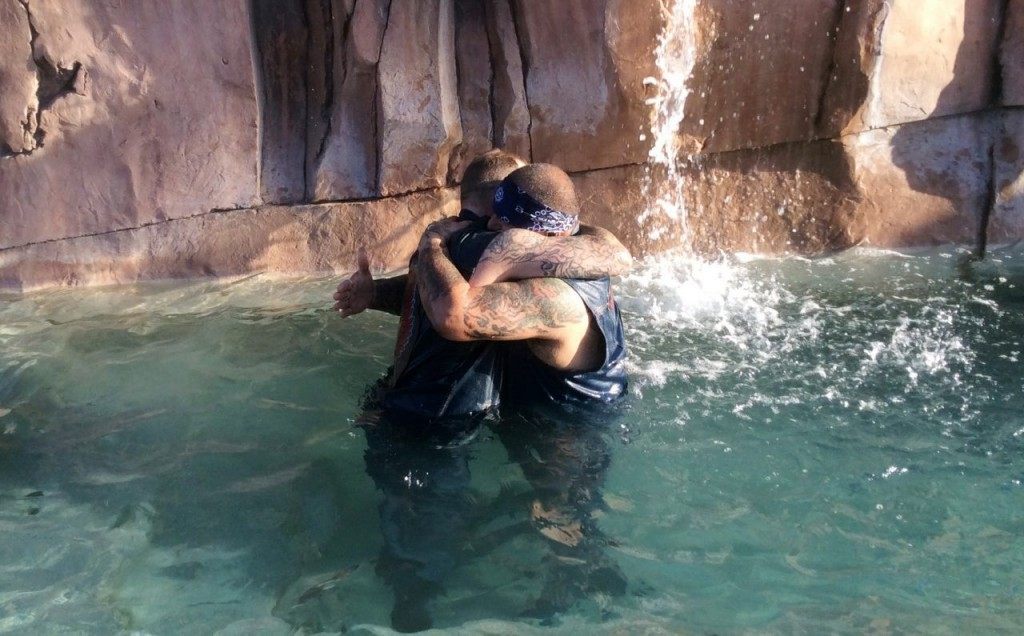 Breitbart Texas spoke with the founder of the Motorcycle Profiling Project, David Devereaux. He said, “Motorcycle club members are a microcosm of America. There are ten million registered motorcyclists in this country representing all walks of life. This includes doctors, lawyers, business owners, military veterans, blue collar workers and even state legislators.”

Devereaux continued, “Unfortunately, the overly-broad outlaw biker stereotype embraced by many in law enforcement results in selective enforcement and discriminatory policing targeting a sizable portion of the motorcycling community. Almost every member of every motorcycle club, many motorcycle rights organizations, and many independents, have been victims of motorcycle profiling in most states.”

Breitbart Texas has reported about the mass arrests that occurred in Waco, Texas, when bikers, motorcycle riders, and independents were at a political meeting at a Twin Peaks restaurant in May and some of the bikers engaged in violence. They were at a meeting of the Texas Confederation of Clubs and Independents (CoC&I). Bikers say they discuss biker safety issues, proposed legislation, and other motorcycle issues during these meetings.

Breitbart Texas also reported that law enforcement officers immediately categorized the purpose of that meeting by telling the press it was a meeting of “five gangs” who “came here with violence in mind.” After the shootings occurred at the Waco restaurant, the Associated Press repeated the statements made by these officials after the incident.

After the arrests of 177 bikers at the restaurant, lawyers for the bikers decried the “guilt by association” arguments made in the courts against the bikers. As reported by Breitbart Texas, the bikers through their lawyers were fighting the prosecution’s persistent use of terms such as “outlaw bikers,” “biker gangs,” and “outlaw biker gangs” when referring to motorcycle riders and all of the bikers at the restaurant in Waco on May 17th. They cited legal opinions that prevent such “guilt by association” arguments by the State.

Louie Nobs, liaison to the board of National Coalition of Motorcyclists, and former national vice president of Soldiers for Jesus MC (Motorcycle Club) told Breitbart Texas, “I am not willing for our Christian bikers to be vilified as ‘engaging in organized crime’ when our mission is to serve the biker community. We marry them, bury them, make hospital visits, and raise funds to help their families. How does that make us a ‘biker gang?’”

Steven Cochran, vice president and a founding father of the “Sons of the South MC,” and the Texas state director of the Texas Legislative Strike Force previously told Breitbart Texas, “We have been demonized and dehumanized. The continued dialogue is being falsified to support their narrative – a narrative that was false from the beginning.”

As reported by Breitbart Texas, 106 of the Twin Peaks bikers arrested were recently indicted for “engaging in organized crime” after just nine hours of deliberation by a McLennan County grand jury. There are 80 Twin Peaks bikers cases remaining. It is unknown when these cases will be presented to a grand jury.

Criminal defense lawyers in Texas have condemned the mass arrests, $1 million bonds, and the mass indictments of the bikers who were attending the meeting.

The President of the largest state association for the criminal defense bar in the nation (Texas Criminal Defense Lawyers Association – TDCLA) has released statements about the unconstitutional treatment of these bikers.

TDCLA President Sam E. Bassett also released a statement saying it would be “shocking” for a Waco Police Department detective to sit on a grand jury in the Twin Peaks biker cases. Breitbart Texas reported that a McLennan County criminal district court judge named a Waco police detective as foreman over one of the county’s two grand juries.

“The Waco Bench and DA’s office should look in the mirror and realize how foolish this looks to the outside world,” said famed Houston lawyer Dick Deguerin in response to a prior inquiry from Breitbart Texas. “First they round up the usual suspects, charge them all with a fill-in-the-blank complaint, set ridiculous million dollar bonds, refuse to have timely hearings, then put a local cop in charge of the grand jury. Even Stevie Wonder could see how unfair this looks.”

A source told Breitbart Texas that McLennan County prosecutors ended up not presenting the bikers cases until the police detective’s term on his grand jury had expired.

Bikers and supporters of riders and the Constitution have protested the treatment of the bikers by McLennan County judges and the district attorney and the City of Waco police department.

Breitbart Texas was in Waco in July and reported when folks from all over Texas came to gather on the McLennan County courthouse steps in Waco.