BROWNSVILLE, Texas — Authorities have arrested the tax collector and three employees from this border county on multiple bribery, engaging in organized criminal activity, and official oppression charges. As with the multiple recent corruption cases along the border, the public officials have ties to the Democratic Party. 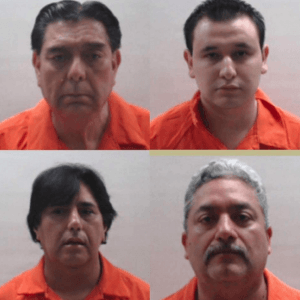 Dirty Deeds began two years ago in an attempt to follow up information about illicit activity in the Cameron County Tax Office. As the investigation developed state and federal agencies joined the case, Saenz said. 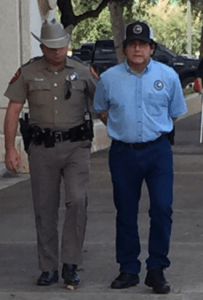 Tax office employee Jose Mireles is taken into custody by Texas DPS during the raid.

Cameron County, the same county that Breitbart Texas reported on, was previously rocked by a massive corruption scandal. In that case, federal authorities ended up arresting the previous District Attorney Armando Villalobos and the 404th State District Judge Able Limas along with various other individuals on bribery charges.

Breitbart Texas has also reported last month on the conviction of Maverick County Commissioner Jose Luis Rosales as part of a massive corruption scheme where contractors had to pay bribes to multiple public officials in exchange for contracts.