HOUSTON, Texas – A man has been sentenced to 50 years in prison for filming animal crush videos. These videos were made to satisfy sexual fetishes and included cutting off the limbs of a puppy and kitten and urinating on them in what was intended to be a sexually charged atmosphere.

According to the indictment dated April 29, 2013, 54-year-old Brent Justice, tortured a dog in a video entitled “Puppy I and II” by cutting the dog’s neck with a knife.

Prosecutors also filed a notice with the court saying that Justice was involved in the promotion, organization, filming, marketing, and/or profitability of over twenty films. 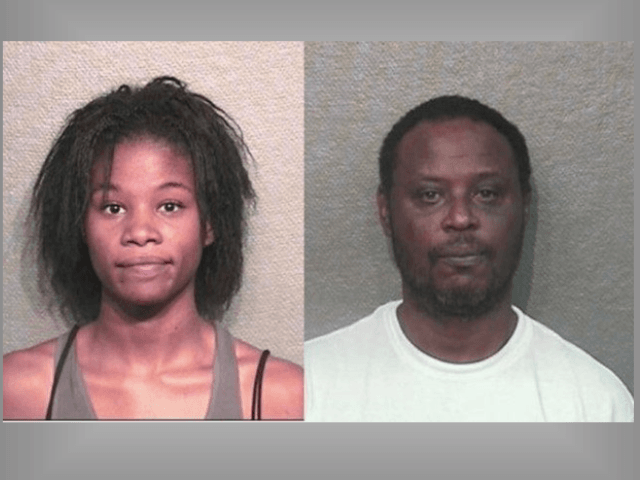 The notice to use this evidence contains graphic and horrific acts performed by Justice and his 25-year-old accomplice, Ashley Richards. Both were arrested in August of 2012. The videos were made in Houston during 2010 to 2012.

To describe just one of these videos, Richards squeezed and shook a cat’s neck, then tapes him to a piece of cardboard and whips him with a rope. She pushed the heel of her high-heel shoe into the cat’s mouth and then struck the cat multiple times with a meat cleaver.

During the video Richards asks the cat if it has had enough, puts the blade of a knife in the cat’s anus numerous times, chops the cat’s arm off, rips the skin of the cat exposing the cat’s organs, and uses a meat cleaver to chop and saw the cat’s neck until it is severed from its body.

The woman says during the video, “Now that’s how you f**k a pu**y real good.” Richards then urinates on the dead cat and says, “Kiss my a**. Kiss it bit*h. Kiss it.” A male voice is heard in the background and male African-American legs are also seen during the film.

The other descriptions in the prosecutor’s notice of evidence filed with the criminal court are just as graphic. In one of the videos, Richards punctures a cat’s eye with the heel of her shoe.

The victims in these videos included cats, dogs, puppies, mice, a rooster, a pigeon, birds, and fish. In one of the videos, Richards skinned a rabbit alive and then cut off its head.

Richards would wear sexually-arousing clothing and sometimes she would wear a mask.

At the time her cases were pending in state court, Richards had pending cases in Waco, Texas, for assault of a police officer, and resisting arrest, search or transport. A report for criminal trespass and theft by check was filed but no charges were filed.

Animal crush videos are generally obtained online and some are sold as sacrifices or rituals. Groups that work to bring awareness to, and put a stop to these videos, note that there is a link between animal abuse and serial killers.

Justice was convicted and sentenced in a Harris County (Houston) criminal district court this week for the crime of cruelty to livestock animals. The offense is a felony.

Justice’s partner in the video project, Ashley Nicole Richards, pleaded guilty in federal court for her role in the videos in September, as reported by Breitbart Texas’ Ildefonso Ortiz.

Richards was convicted in state criminal district court in May 2014 and was sentenced to ten years of prison. Like Justice, state prosecutors also filed a notice of intention to use evidence against Richards that detained the heinous acts she committed on animals.

The Houston Chronicle reported that Richards was one of the first persons in the nation to be convicted in federal court under the Animal Crush Video Prohibition Act of 2010. A federal judge had dismissed five counts of video creation and distribution against the pair in 2013 saying the films were protected speech. The Fifth Circuit reinstated the charges ruling that there are limits on speech.

Justice has an extensive criminal history dating back to 1979. He was convicted of the felony offense of aggravated assault on a peace officer on July 14, 1984, in Harris County. Other convictions include theft, three convictions for unauthorized use of a motor vehicle (2004, 1984, and 1979), disorderly conduct/family assault, and another aggravated assault of a peace officer charge in 1980.

The couple were arrested after a complaint was filed by the People for the Ethical Treatment of Animals (PETA).

Lana Shadwick is a writer and legal analyst for Breitbart Texas. She has served as a prosecutor and judge in Texas. Follow her on Twitter@LanaShadwick2