HOUSTON, Texas — Texas Governor Greg Abbott said next Tuesday’s Republican primary will be “Super Cruzday.” His comment came during his “cruz” through the spin room after the Republican presidential debate on Thursday night.

The popular governor flashed a toothy grin that mirrored Tom Cruise’s smile in the iconic movie Risky Business after he made this comment.

The pair have fought many battles against President Obama and his administration. Abbott has always been very proud to say that he has sued the president 31 times.

As solicitor general for Abbott, Cruz represented the state of Texas and argued cases before the U.S. Supreme Court. 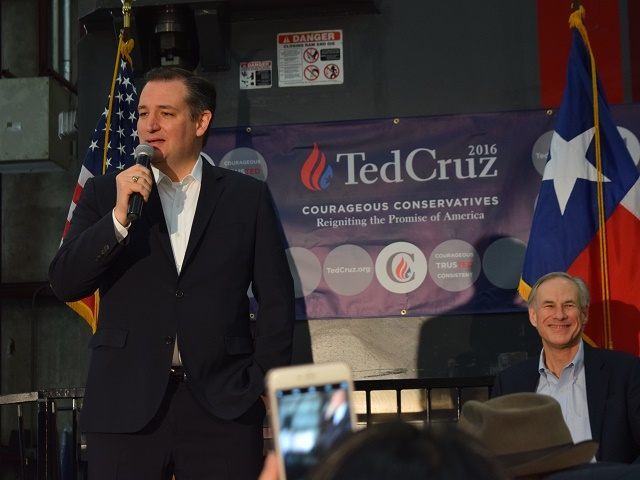 Senator Ted Cruz thanks Governor Greg Abbott for his endorsement during a Houston rally on February 24. (Photo: Breitbart Texas/Lana Shadwick)

Cruz helped then-Attorney General Abbott lead a coalition of states in court and win. The Republican presidential candidate frequently tells crowds that he has fought and protected their individual right to bear arms, has defended the sovereignty of Texas against the UN and the World Court, and has protected other constitutional liberties. He said he has defended religious liberties and fought for “One Nation Under God.”

Governor Abbott says the freshman senator will continue to fight for Texans, and for all Americans. Cruz and Abbott both say that the senator has fought against amnesty, stood for pro-life issues, and for traditional marriage.

Breitbart Texas was at the Cruz rally in Houston the day before the presidential primary debate and reported about the very enthusiastic endorsement the Governor gave to the Cruz supporters there.

After the debate in the spin room, Abbott told reporters that he enjoyed the debate, and even had fun. Television cameras frequently captured Governor Abbott in the audience during the debate and you could see him and his aides having a good time. 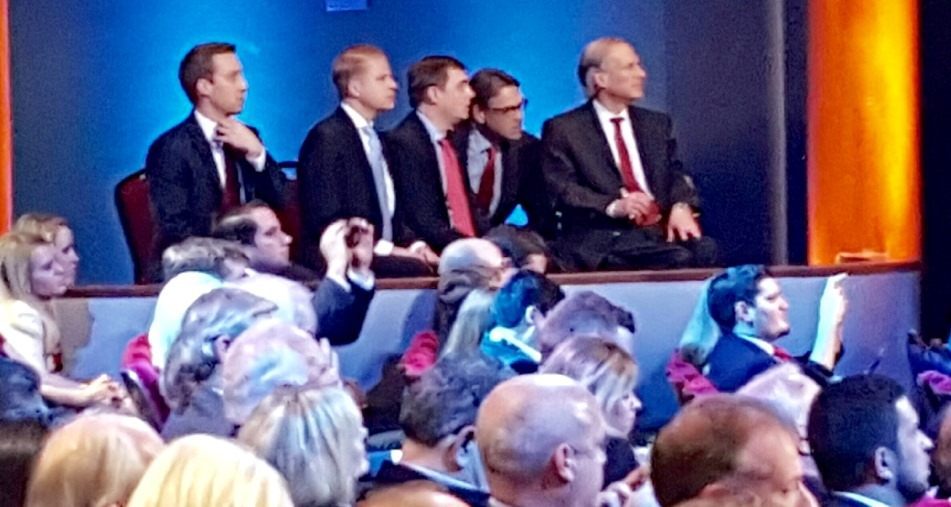 At one point, former Governor Rick Perry joined Abbott in his box in the audience and they all seemed to be enjoying what turned out to be a very pugilistic debate. The presidential candidates came out of the ring without boxing gloves from the first ring of the bell.

Abbott told reporters in the spin room that the Texas and Florida senators had “no choice” but to come out swinging. He called the match for Cruz and said he was a brilliant debater. He also said that Cruz “took the wood” to both Donald Trump and Senator Rubio.

Governor Abbott said he thinks Cruz will not only win in Texas on Tuesday, but that he will prevail in other Super Tuesday states.

Governor Perry and Lt. Gov. Dan Patrick told reporters that they were confident that their fellow Texan won the debate fight on Thursday night and was optimistic about his chances.

Perry has endorsed his fellow Texan and former presidential opponent.

Lt. Gov. Patrick serves as the Texas chairman for his campaign and has been stumping for Cruz.

Lana Shadwick is a writer and legal analyst for Breitbart Texas. She has served as a prosecutor and an associate judge in Texas. Follow her on Twitter @LanaShadwick2.