Officers with the U.S. Customs and Border Protection Service (CBP) seized over $1 million worth of cocaine in separate incidents at multiple Texas border ports of entry.

In Laredo, Texas, a Mexican citizen who lives in Laredo was returning from a trip into Mexico on Tuesday when officers referred him to a secondary inspection station for a routine check. At the secondary station, a K-9 officer alerted to the presence of narcotics, information obtained by Breitbart Texas from the CBP revealed. A non-intrusive inspection was also conducted revealing anomalies. A search revealed 58 packages of what the officers suspect to be cocaine. The bundles weighed 141 pounds and the shipment was valued at $1,090,040 by officials. 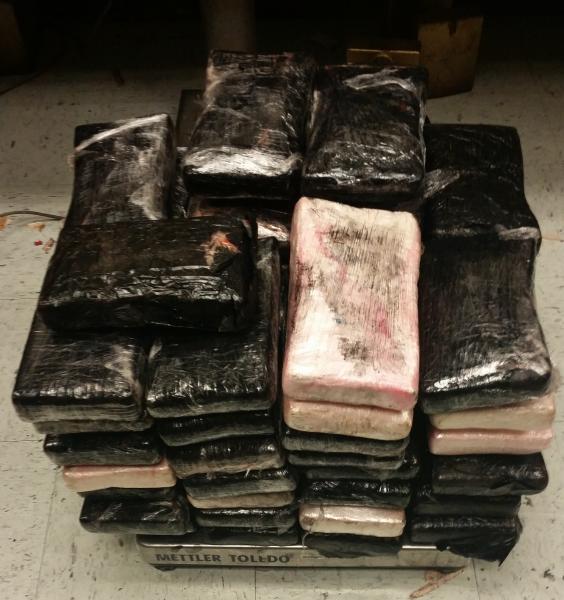 “Our CBP officers utilized their training and interviewing skills to intercept this significant amount of narcotics,” Acting Laredo Port of Entry Port Director Albert Flores said in a written statement. “Their hard work and enforcement efforts serve as a great example of their commitment to secure our borders while facilitating legitimate travel.”

The 42-year-old Mexican citizen was arrested and his 2005 Ford F-250 pickup truck and utility trailer, and the drugs were seized. The man was turned over to Homeland Security Investigations. The man was not identified in the CBP statement. His immigration status was also not revealed.

In a separate incident on Wednesday, CBP officers in Progresso, Texas, stopped a 32-year-old American citizen returning to the United States over the Progresso International Bridge. Officers referred the 2010 Mitsubishi Lancer to a secondary inspection station where, once again, a K-9 officer alerted to the presence of narcotics. A search revealed four packages of what officers allege to be cocaine. The packages weighed at just under ten pounds and the cargo was valued at $76,500.

The U.S. citizen, who was also not identified in the statement obtained by Breitbart Texas, was arrested and turned over to Homeland Security Investigations. The narcotics and vehicle were seized.

“This narcotic interdiction is a testament to CBP’s commitment to protect our nation’s borders,” Progreso/Donna Port of Entry Port Director Nestor Garza III said in his statement.  “I am proud of our officers’ dedication and work ethic.”