HOUSTON, Texas — Dr. Jill Stein presented herself as a clear alternative for the Bernie or Bust voters while accepting the presidential nomination of the Green Party of the United States.

“We are what democracy looks like and we are what political revolution looks like,” Stein told the cheering crowd in a packed University of Houston theater. “I am honored beyond words to be your candidate.” 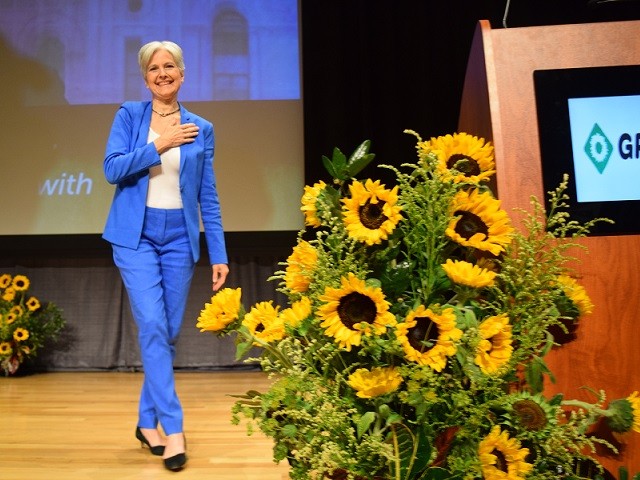 “Don’t vote for the lesser evil,” Stein told prospective voters. “The lesser evil is a losing strategy. Hillary Clinton is the problem. She is not the solution to Donald Trump.”

During the roll call vote of the states and caucuses, the spokesperson for the Green Party Women’s Caucus called Hillary Clinton a “warmongering corporate criminal.” 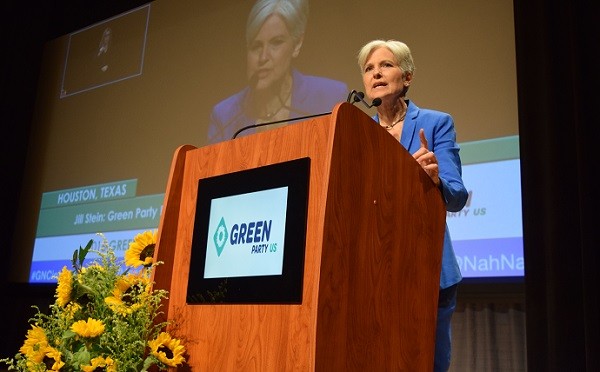 Stein thanked Vermont Senator Bernie Sanders for awakening a movement of people who are fed up with what the Democratic Party has become. She also thanked the Bernie supporters who have quickly rallied around her candidacy.

“On the day that Bernie Sanders endorsed Hillary Clinton, the world changed,” Stein said about the Green Party’s ability to attract new voters. She thanked all of the volunteers who have left the Democrats and joined with the Green Party’s efforts. She called for “transformational change.” 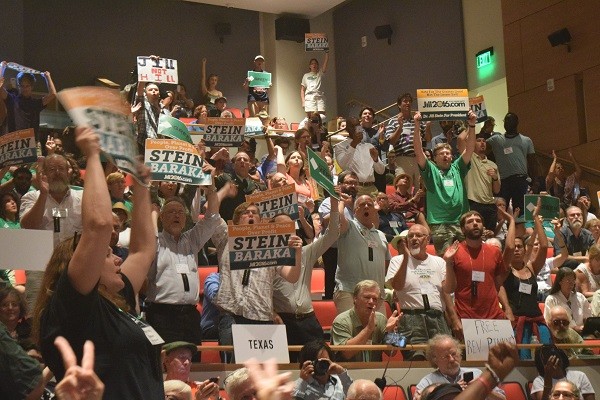 During the acceptance speech that was broadcast live on YouTube, one viewer remarked, “She just gave more appreciation to the Bernie Supporters then the entire DNC gave them over their 4 day HIllary Kiss-Ass inauguration.”

Stein’s speech focused on many of the planks that brought Sanders supporters out in droves across the country. She attacked the Trans-Pacific Partnership, the corporate takeover of national politics, free college tuition, student debt forgiveness, and Medicare for all.

She called for broad social movements to take on the predatory banks, war profiteers, and fossil fuel giants.

“Democrats are the party of deportation, detention, and night raids,” Stein said. “We are the alternative.” 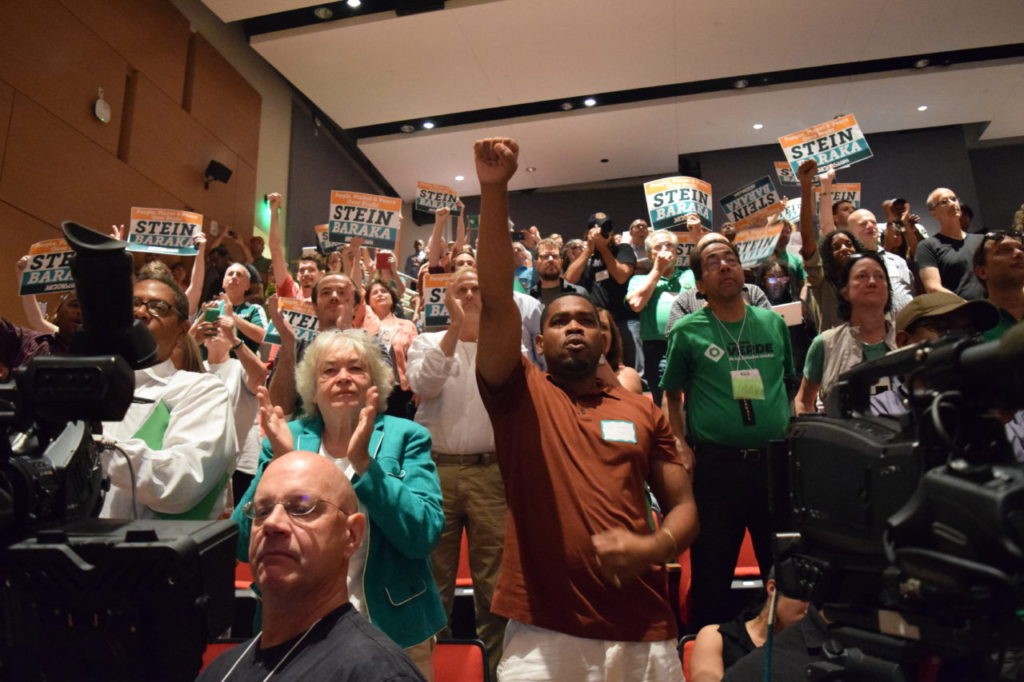 Prior to her acceptance speech, Green Party Vice Presidential Candidate Amaju Baraka accepted his nomination to be Stein’s running mate. “The American people are ready for a change,” Baraka said. “They are looking for something different and we have to be that difference.”

Baraka spoke about homelessness and the fastest growing number of homeless people are black women with children. He addressed starvation wages for those working at minimum wage. 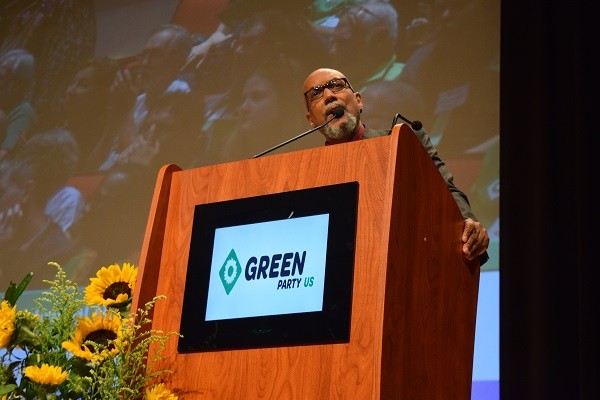 Amaju Baraka accepts the nomination of the Green Party to run for Vice President of the United States. (Photo: Lana Shadwick/Breitbart Texas)

We are going to be there for the people who are looking for a new day and another way.

He said this is a campaign that says “we won’t lie to the people. Love trumps fear.”

“We are committed to fight. Not just for you, but with you.”

A YouTube viewer said, “I hope Bernie is hearing this. We must give him kudos. He woke a generation up that now won’t go back to sleep.”

The Green Party’s Stein-Baraka ticket seems committed to picking up the votes of these disenfranchised Bernie Sanders supporters.