A woman in a Houston area suburb was shocked when a man with a child in a stroller started filming her in a Target dressing room. She was even more shocked when no one near the fitting room came to her aid while she was screaming.

“In the mirror, I saw the reflection of the cell phone,” she said in an exclusive interview with ABC13 Eyewitness News in Houston.

She buttoned her blouse and ran after the man to stop him. A surveillance video reveals that the man pushed her out of the way as he attempted to escape.

The victim told the local ABC affiliate she wished to remain anonymous but wanted others to know how her privacy was violated. ABC 13 referred to her as “Leslie.” 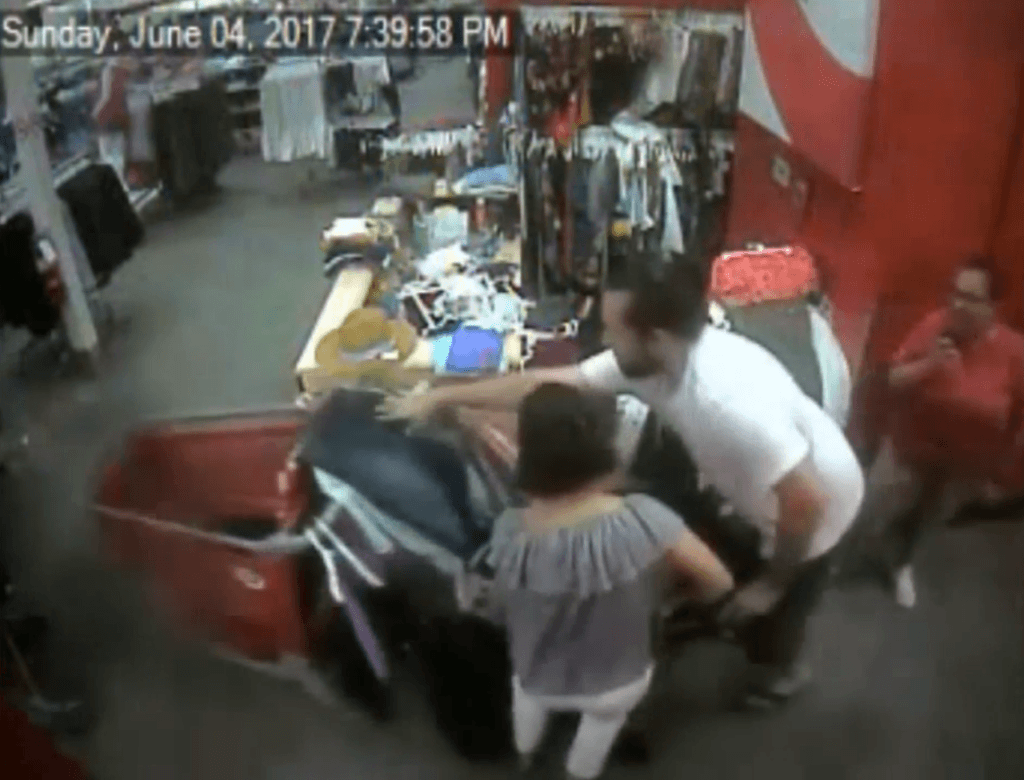 The video below shows the confrontation between the woman, referred to as “Leslie,” and the alleged perpetrator. Two Target employees are standing by and do not try to stop the man. One of the employees appears to be talking to someone on her store radio.

Store security officials routinely stop and detain people suspected of shoplifting. In this case, where a customer appears to have been accosted, the alleged perpetrator was able to leave the store by simply walking out while pushing a baby stroller.

A good Samaritan, who the woman calls “her angel,” ran after the man and snapped a photo of him. He said no one else came to help her.

“Nobody was doing anything, so I ran all the way down to the end of the building,” Russel Sevier said. “We heard someone yelling. This man is crazy. Lock the door.” 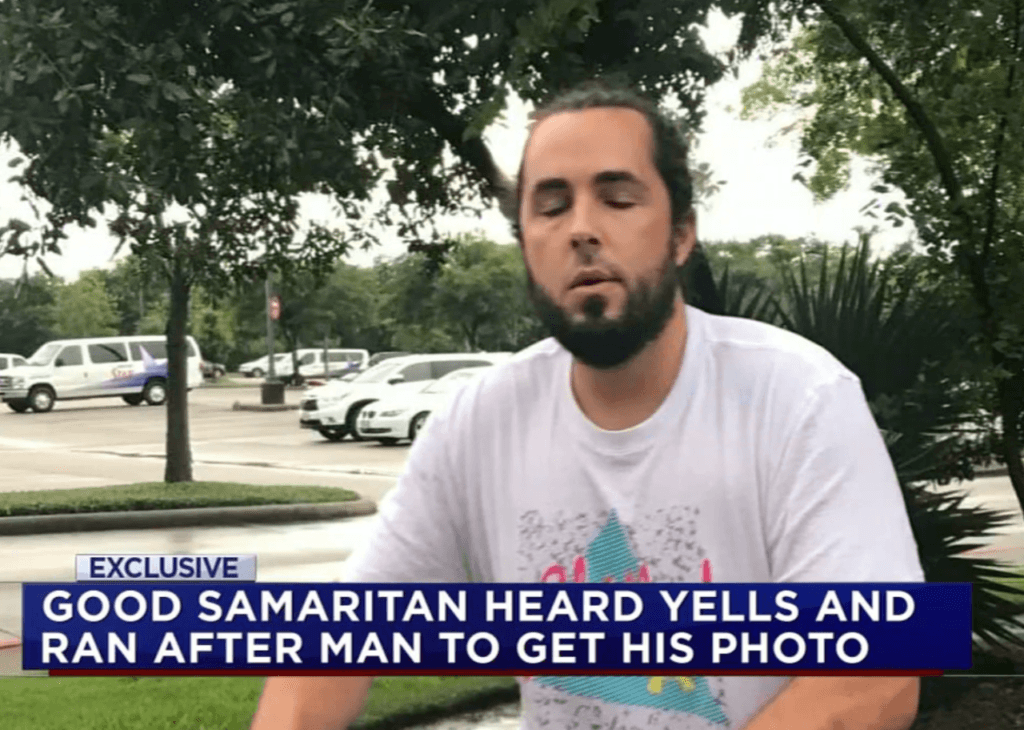 He added, “I really think they should separate the men and women’s fitting rooms, so this won’t happen.”

Authorities are using the photo Sevier took to help find the man. ABC13 reported the man is suspected of being involved in multiple similar cases in the same area.

“My main goal is not to catch him, is to (help him) receive the help that he needs and protect maybe this kid (that was with him),” said “Leslie,” reported ABC13.

We want all of our guests to have a safe and welcoming experience whenever they shop at our stores. We will not tolerate this behavior and we are working closely with law enforcement by offering whatever support is needed. Since this is an active investigation, we ask that you direct all further questions to law enforcement.

The incident comes just before Texas legislators will return to the State Capitol on July 18 for a special session. As reported by Breitbart Texas, Texas Governor Greg Abbott called the 85th Legislature back into special session to address the “bathroom bill” and other issues not completed during the regular session. The bathroom bill addresses privacy in schools and the right of individuals identifying as the other gender to be in a bathroom or dressing room of the opposite gender.

“We need a law that protects the privacy of our children in public schools,” Abbott told reporters during his announcement of the special session.

Senate Bill 6 authored by State Senator Lois Kolkhorst (R-Brenham), passed the Senate in a bipartisan vote of 21-10 on March 15 after a lengthy hearing and public testimony but stalled in the Texas House.