HOUSTON, Texas — A grandmother stopped a would-be Christmas week jewelry robbery by shoving the perpetrator out the door of the store. The suspect attempted to shove his way through as the employees entered to prepare the Galleria-area shop.

Judy Memmel, a grandmother of five, and her fellow employees opened the security gate of Houston Jewelry and unlocked the door as they prepared for a busy Christmas shopping day on December 18, Click2Houston reported. As she started into the store, a man approached wearing a suit, dark glasses, and a watch cap. The video below shows how Memmel stopped the suspected armed robber from entering the store.

“When he came up to the door and I looked at him, I said, ‘We’re not open,’” the 20-year Houston Jewelry employee said. After he pulled a gun and fired three shots into the store, “I shoved him and said, ‘No! You’re not coming in!’”

“I was mad and I wasn’t going to let him in,” Memmel explained. “To me, that was the thing to do: give him a shove.” 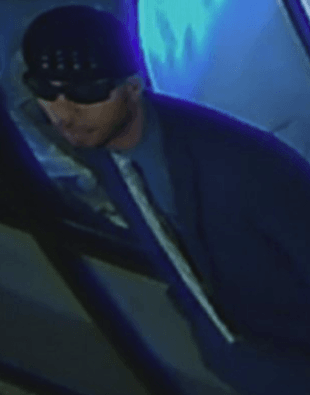 The store’s owner, Rex Solomon, said he was stunned when he reviewed the video surveillance tape.

“She pushes him on the shoulders like a linebacker would do and pushes him out,” Solomon explained. “I mean, she’s grandma and a ballroom dancer, but she doesn’t take s–t. She doesn’t do what she’s told no matter what, and she’s one of our best salespeople.”

This is not the first time Memmel has faced an armed robber. She said a different set of circumstances 20 years earlier prompted a different response. During that incident, Memmel, her fellow employees, and nine customers were taken hostage the Houston Chronicle reported. At that time, she fully complied with the robbers’ instructions.

She also stood up to burglars in the living room of her home. The thieves were attempting to take her silver, fur coats, and jewelry. She chased them out of her house and kept her stuff, the Houston newspaper reported.

Police are asking for the public’s assistance in finding the would-be robber in Tuesday’s attempted heist.