Border Patrol agents in the Tucson Sector assisted Arizona Department of Public Safety (DPS) troopers in stopping a fleeing suspect later determined to be smuggling marijuana. The agents helped track down the suspects who fled on foot following a high-speed chase on Friday afternoon. In a separate incident, agents assigned to the Interstate 19 checkpoint stopped a teenager who allegedly attempted to smuggle 59 pounds of methamphetamine through.

Border Patrol agents from the Wilcox Station received a call that a DPS trooper needed assistance in a pursuit involving a Ford F-250 pickup truck. The driver refused to stop following an attempted traffic stop by the trooper near the town of Whetstone, according to information obtained by Breitbart Texas from U.S. Customs and Border Protection (CBP) officials. 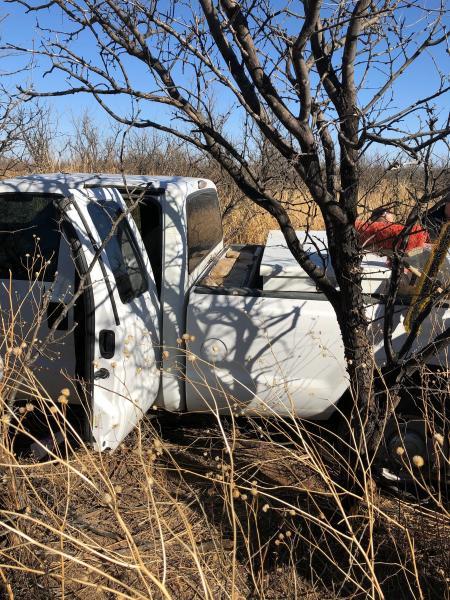 Agents responded to the call for assistance and followed truck through an off-road trail. The agents eventually found the truck abandoned in the brush near a residential area. A K-9 agent discovered the apparent reason for the suspect’s alleged refusal to stop–a load of 140 bricks of marijuana stashed in the back.

The agent and his K-9 partner then tracked the suspects who fled on foot. The trail led to the arrest of the driver, a 20-year-old U.S. citizen, and his passenger, also a U.S. citizen, aged 42.

Agents turned both of the men over to Homeland Security Investigations agents who will investigate the drug smuggling attempt.

On Monday, Border Patrol officials announced that agents from the Nogales Station assigned to the Interstate 19 checkpoint discovered a 19-year-old U.S. citizen attempting to smuggle 59 pounds of methamphetamine through the checkpoint. A K-9 agent alerted to the scent of the drugs. A search by agents revealed 50 packages of methamphetamine stashed in the Nissan Altima. Agents arrested the teenager, seized the vehicle and drugs, and turned the case over to the Drug Enforcement Administration for investigation and possible prosecution.

Officials estimated the value of the methamphetamine to be in excess of $150,000.