U.S. Customs and Border Protection (CBP) officers stopped a Mexican national who allegedly attempted to smuggle nearly $600,000 in cash across the Arizona border into Mexico.

CBP officers conducting outbound inspections discovered bundles of cash inside a spare tire of a Chevy truck attempting to enter Mexico a the Port of San Luis. A Mexican national was driving the truck as he attempted to cross the border without declaring the cash, according to information obtained by Breitbart Texas from CBP officials.

The CBP officers arrested the 37-year-old Mexican national on April 19 and turned him over to U.S. Immigration and Customs Enforcement’s Homeland Security Investigations (HSI). The man could face a litany of federal charges related to attempting to smuggle the money into Mexico.

At about the same time, CBP officers working the inbound side of the Port of San Luis arrested an Arizona resident after they discovered his alleged attempt to smuggle drugs into the U.S. 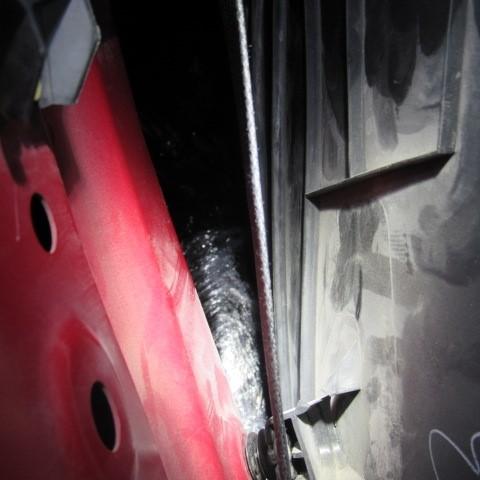 CBP officers find 70 pounds of methamphetamine hidden in quarter panel of a Nissan sedan at the San Luis Port of Entry. (CBP Photo)

A CBP K-9 officer detected the possible presence of drugs as the 23-year-old man drove his Nissan sedan through the port of entry from Mexico. Inspection officers referred the man to a secondary inspection station where they found 70 pounds of methamphetamine hidden in the vehicle’s quarter panels. Officials estimated the value of the drug at $211,000.

CBP media officials described the man only as a 23-year-old male, resident of San Luis, Arizona.

Officers seized the vehicle and drugs and arrested the driver. HSI special agents will conduct an investigation into the attempted drug smuggling and work with the U.S. Attorney for the District of Arizona to refer charges.