U.S. Border Patrol agents in the Tucson Sector teamed up with a Missouri National Guard helicopter aircrew to apprehend a group of alleged human smugglers. They attempted to flee when agents initiated a traffic stop. The helicopter engaged in pursuit to bring the incident to a safe and successful close.

In what is being called the first National Guard flight in support of Operation Guardian Support, three members of the Missouri Guard were joined by a Border Patrol agent near the southern border with Mexico on May 17. 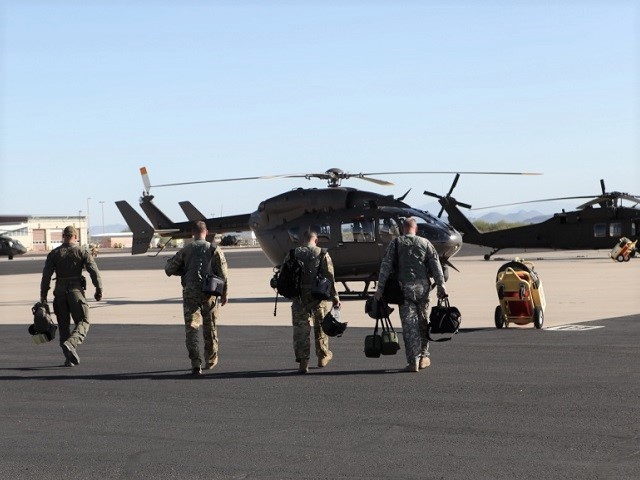 Ground-based agents observed five suspected illegal immigrants getting into a sedan in the desert near Ajo, Arizona. As the agents attempted a traffic stop, the sedan fled — leading the agents in a high-speed pursuit. The Missouri National Guard UH-72 Lakota and its aircrew consisting of three guardsmen and a Border Patrol agent quickly moved into position to observe the pursuit, officials stated.

The vehicle finally came to a stop and the occupants took off leading to a foot chase by the ground agents. The aircrew monitored from above and guided agents.