In one of the operations, Border Patrol agents and sheriff’s deputies responded to a stash house on South Jarvis Avenue where they found 10 illegal immigrants, primarily males who recently crossed into Texas from Mexico, information released by U.S. Border Patrol revealed. South Jarvis is a few yards away from the banks of the Rio Grande in an area where the river has no fence or other types of physical barrier.

South of Laredo, Texas, in Nuevo Laredo, Tamaulipas, human and drug smuggling are largely controlled by the Cartel Del Noreste faction of Los Zetas Cartel; a criminal organization with a reputation for ruthless violence, Breitbart Texas has reported. Most of the smuggling groups encountered by agents in Laredo are connected to CDN operators in Mexico.

In a second raid, USBP agents working with Webb County Sheriff’s Deputies responded to a home off McPherson Avenue where they found two women staying there after illegally crossing from Mexico. 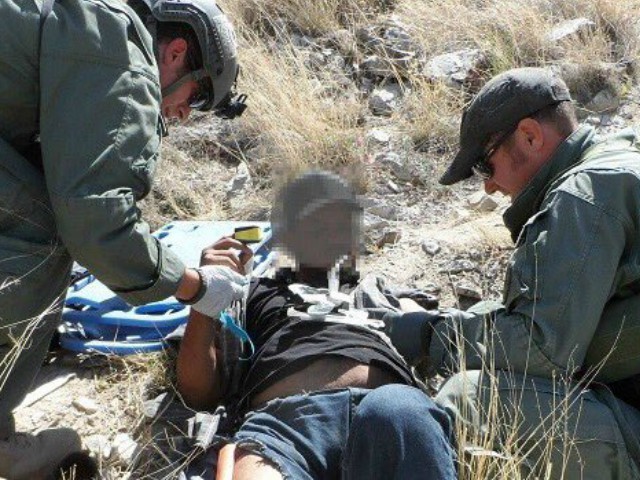 In the same day as the two raids, USBP agents near Laredo saved four illegal immigrants lost in the brush and became ill from heat exposure and dehydration. Authorities responded to a 911 call by the same immigrants who grew desperate after trekking for days to circumvent a Border Patrol checkpoint. According to information released by the agency, the migrants got lost and spent days in 100-degree temperatures before they ran out of water and called for help. It is believed the four men from Mexico would have died if authorities did not render first aid.