Mexican authorities are investigating a cartel attack that killed three men and injured two others along one of the main avenues in Cancun. Soon after the initial incident, officials clashed with the gunmen–setting off a brief firefight in the inner city.

The attack took place this week along Chac Mool Avenue, an area known for street-level drug distribution, law enforcement sources revealed to Breitbart News. Four gunmen with Cartel Jalisco Nueva Generacion pulled up to a house and began shooting at a group of men who were sitting outside. 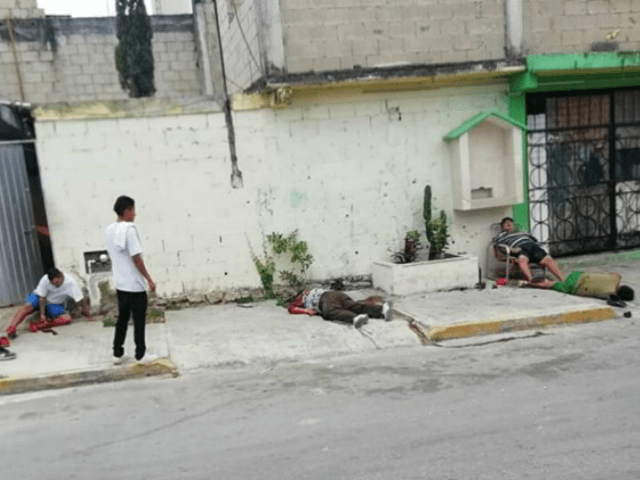 The gunmen instantly killed three and injured two others before fleeing the area. Emergency medical personnel rushed the shooting victims to a local hospital while authorities investigated.

Shortly after, investigators with the Quintana Roo Attorney General’s Office tracked the four hitmen to the Santa Fe neighborhood and tried to arrest them. The gunmen shot back, setting off a short firefight that ended without any casualties. At the scene, authorities seized two tactical rifles and two handguns. The weapons were turned over to forensic investigators.

The multiple homicide comes days after a team of four cartel gunmen stormed a bar in Cancun, killing five and wounding 12 others. That attack took place at the La Kuka Bar located on Avenida José López Portillo. In January, a team of cartel gunmen stormed a bar in Playa Del Carmen, killing seven and injuring several others, Breitbart News reported.