CIUDAD VICTORIA, Tamaulipas — Federal authorities intercepted two tractor-trailers with a total of 287 migrants stuffed inside under subhuman conditions. There were 107 minors, including an 18-month-old baby, and two children with chickenpox.

The interception and rescue took place this week in central Tamaulipas along the highway that connects Soto la Marina with La Coma, a route that eventually leads to the Texas border. 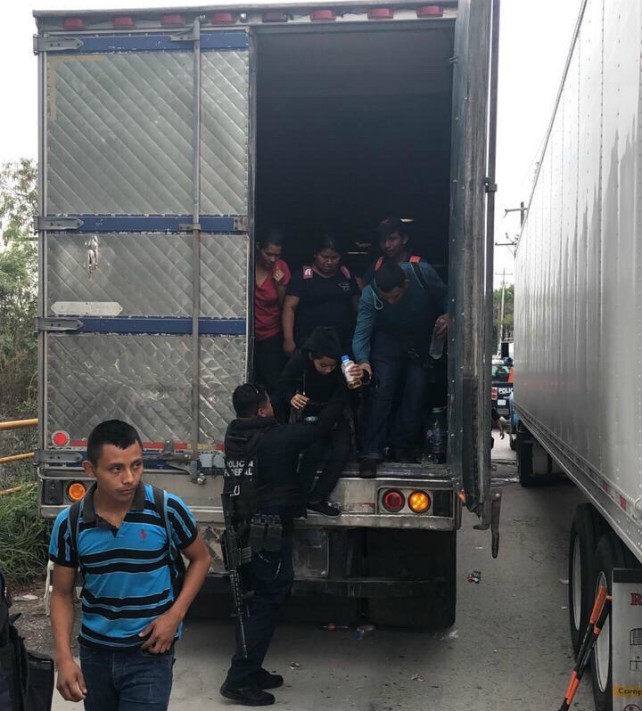 According to federal authorities, highway policemen carrying out routine patrols noticed two trucks traveling at high rates of speed in an unsafe manner. The cops tried to stop them, leading to a short chase. A short distance later, the drivers stopped and turned themselves in to authorities.

A group of migrants traveling in one of the tractor trailers attempted an escape from authorities by trying to break open the cargo area, but were unable. Authorities identified the drivers as Alejandro Sánchez Cuevas, 46, from Córdoba, Veracruz, and Jonathan Gabriel Domínguez León, 33, from Villa Hermosa, Tabasco. The group of 287 was made up in primarily of Guatemalan nationals with  Salvadorans and Hondurans as well. 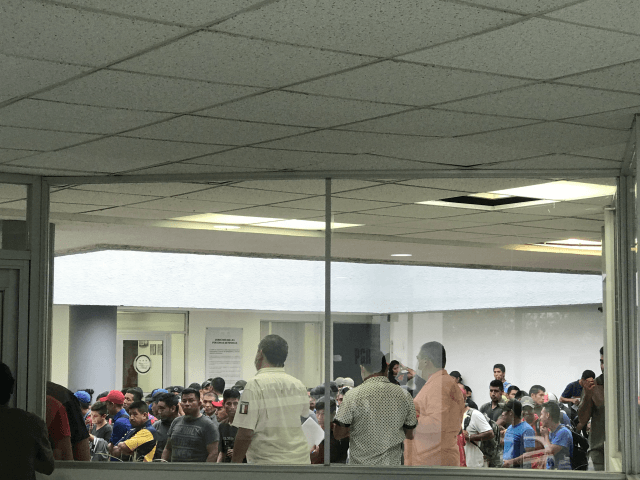 While checking the vehicles, it was discovered that three minors in the group had symptoms of chickenpox, leading to an immediate intervention by federal health authorities who set up a quarantine to prevent further spreading of the infection. After 24 hours, medics gave the all-clear and released the migrants to immigration authorities. 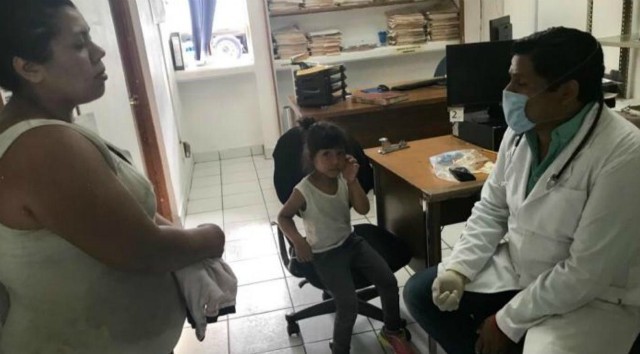 Mexico’s National Institute of Migration has since moved 274 migrants out of the original 287 to Veracruz. From there, they will be sent to their countries of origin. According to authorities, 107 are minors. A small group of 13 (4 children and 9 adults) were allowed to stay in the country since they had previously obtained humanitarian visas.

Editor’s Note: Breitbart News traveled to the Mexican States of Tamaulipas, Coahuila, and Nuevo León to recruit citizen journalists willing to risk their lives and expose the cartels silencing their communities.  The writers would face certain death at the hands of the various cartels that operate in those areas including the Gulf Cartel and Los Zetas if a pseudonym were not used. Breitbart Texas’ Cartel Chronicles are published in both English and in their original Spanish. This article was written by Francisco Morales from Tamaulipas.