MORELIA, Michoacán – A fierce shootout between rival cartels killed at least 22 in the coastal state of Michoacán, however, officials are claiming only 10 died. The casualties come at a time when officials are trying to claim the region is safe.

The shootout took place on Wednesday afternoon near Uruapan where gunmen from La Familia Michoacana/Viagras clashed with rivals from Cartel Jalisco Nueva Generacion (CJNG). Law enforcement and military personnel did not take part in the gun battle, but arrived later to collect bodies and document the crime scene. Initial information points to an ambush by CJNG with Los Viagras taking the brunt of the casualties. 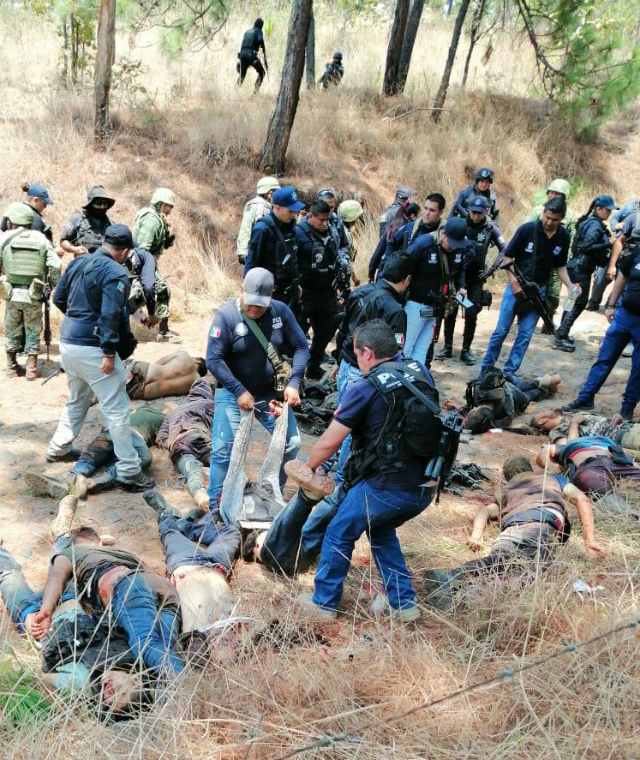 An official statement from the Michoacán government claims only 10 gunmen died and three others were injured, however unofficial accounts point to a much higher toll. Law enforcement sources revealed to Breitbart News that the true figures place the count at 22 dead and six injured.

The government’s claim of only 10 fatalities is apparently in conflict with photographic evidence captured at the scene. One image shows 14 bodies inside the frame–four more than the official version of events. 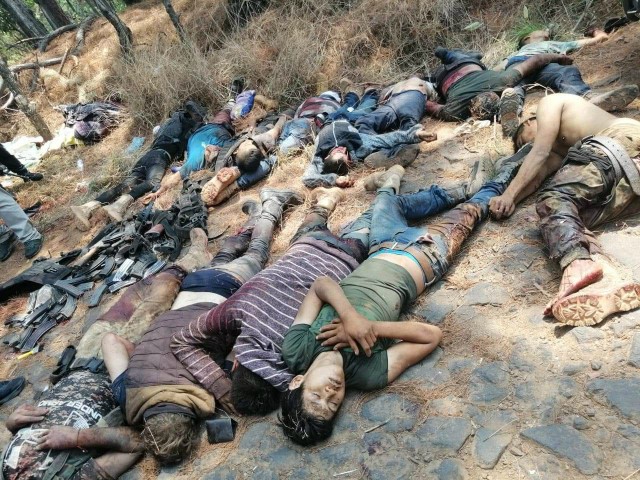 In recent days, CJNG has carried out a series of violent attacks in the state capital of Morelia, where Governor Silvano Aureoles Conejo claims that the region is making significant strides in public safety. Silvano Aureoles is the same politician who a cartel boss claimed took money in exchange for votes.

Editor’s Note: Breitbart News traveled to the Mexican States of Tamaulipas, Coahuila, Nuevo León, and other areas to recruit citizen journalists willing to risk their lives and expose the cartels silencing their communities. Breitbart News / Cartel Chronicles are published in both English and in their original Spanish. This article was written by Jose Luis Lara, a former leading member who helped start the Self-Defense Movement in Michoacán.