CBP Air and Marine Operations crews assisted in the interdiction of two offshore incidents this week. The interdictions led to the apprehension of 34 migrants and the arrest of at least four human smugglers.

U.S. Coast Guard officials notified U.S. Customs and Border Protection’s (CBP) Air and Marine Operations (AMO) officials about a suspicious boat that had been observed by a Department of Homeland Security aircraft on Sunday morning. The AMO agents interdicted the vessel about one mile of the coast of Point Loma, California, according to information provided by CBP officials.

When AMO intercepted the vessel, agents found 21 people aboard. The agents transported the occupants of the boat to U.S. Border Patrol agents for processing. Agents identified four of the people on the boat as alleged human smugglers. This included two U.S. citizens — a 39-year-old man and a 21-year-old woman.  The agents identified the other two suspected smugglers as a 41-year-old Mexican male and a 38-year-old Mexican female. 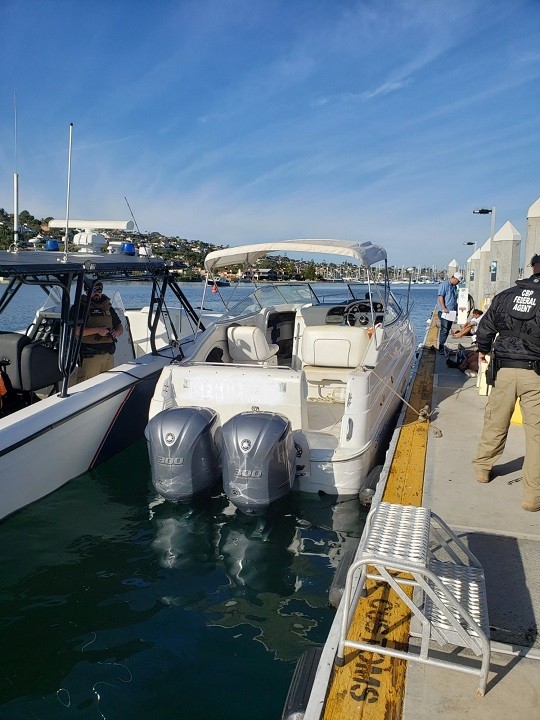 Just over 12 hours later, an AMO Multi-Role Enforcement Aircraft observed a panga about 13 miles off the California coast. The aircrew dispatched a Coast Guard cutter and a rigid-hull inflatable boat (RHIB) to intercept the boat located west of San Clemente, California. 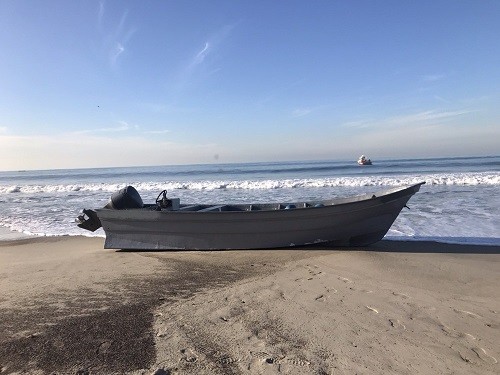 About an hour later the RHIB crew intercepted the panga which refused to yield and beached itself near the T-Street Beach just south of the San Clemente Pier officials reported. The 14 occupants of the boat immediately fled the scene. U.S. Border Patrol agents began a search and apprehended 13 people. Officials identified the migrants as nine adult Mexican men, two juvenile Mexican males, and two adult Chinese males.

“The collaboration and effectiveness of our maritime partnerships is well illustrated by these two smuggling incidents,” said San Diego Sector Chief Patrol Agent Douglas Harrison. “Additionally, with inclement weather conditions and approaching storms, smuggling in the maritime domain will increase the dangers at sea and on the shoreline. Chief Harrison added, “As I have said before, it is not worth putting your life into the hands of exploitive and indifferent smugglers.”

Officials turned all 34 people apprehended over to the Department of Homeland Security for further investigation.