MISSION, Texas — Gaps in border wall sections along the Texas-Mexico border serve to funnel migrants and increase the effectiveness of Border Patrol agents in the Rio Grande Valley Sector. The gaps act as a “force multiplier” to help agents in the nation’s busiest human smuggling sector.

“As long as this opening is here,” Breitbart News Border and Cartel Chronicles projects Director Brandon Darby told Editor-in-Chief Alex Marlow during a recent tour of the border, “[the migrants are] not going to try and repel or do something crazy with this wall. [Border Patrol] decided not to finish this and putting the gate in because they know it funnels people. It’s a useful mechanism for them to do their jobs. It’s a force multiplier.” 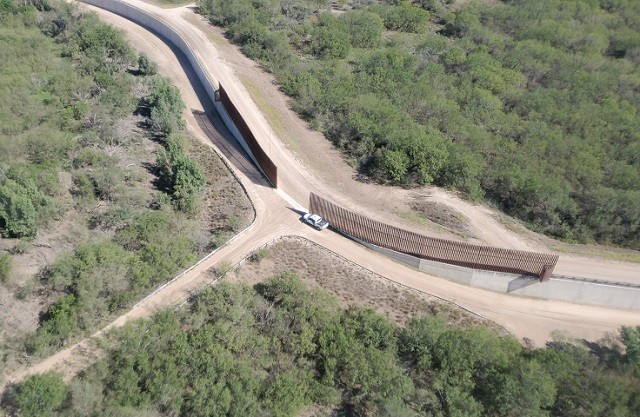 During a border orientation flight provided by CBP Air and Marine Operations, Breitbart News observed some border wall gaps are manned while others are not. (Photo: Bob Price/Breitbart Texas)

Darby’s comments to Marlow followed Breitbart News witnessing the apprehension of a group of five migrants who were attempting to make their way to the gap located southwest of Mission, Texas.

“[The gap] is why you saw such an effective response,” Marlow stated.

Marlow explained that gaps in wall sections have existed since 2008. Border Patrol placed cameras on the gates and electronic sensors along the river to alert agents and direct them to the areas when illegal crossings occur.

“This has a negative pull to it and there’s a positive element to it,” Marlow explained. “The negative is that it’s open. There’s no gate. It won’t close. So people can get here and if it’s abandoned they’re through.”

“The good news is it is also a funnel,” he continued. “So Border Patrol knows that if people are coming through they’ve got to turn up here. If they don’t turn up here, they can’t get through and they’re stuck in the mesquite.” 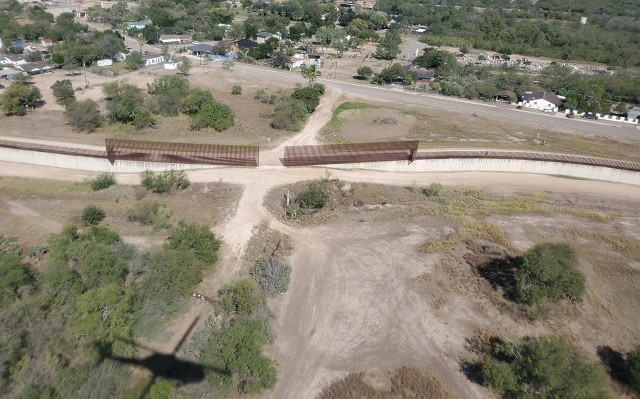 During a border orientation flight provided by CBP Air and Marine Operations, Breitbart News observed some border wall gaps are manned while others are not. (Photo: Bob Price/Breitbart Texas)

Darby said that the Gulf Cartel-connected smugglers continue to push people into this area because it works.

“And the simple fact of the matter is,” Darby concluded. “The Gulf Cartel wouldn’t continue sending people to this opening if it didn’t work sometimes.”