PIEDRAS NEGRAS, Coahuila — Dozens of Central American migrants rioted and set fire to the furniture inside a local immigration detention center Friday. Some managed to escape.

The rioting started shortly after noon when dozens of migrants tried to take over the facility and set fire to mattresses and other furniture at the offices of the National Immigration Institute (INM). During the confusion, some of the migrants ran into the streets to escape and avoid deportation. Dozens of federal and state police responded to the scene to contain the matter. Some migrants were being held for deportation hearings while others waited for U.S. asylum determinations.

Local firefighters extinguished the flames within an hour. Authorities are trying to account for the migrants inside and determine how many escaped. 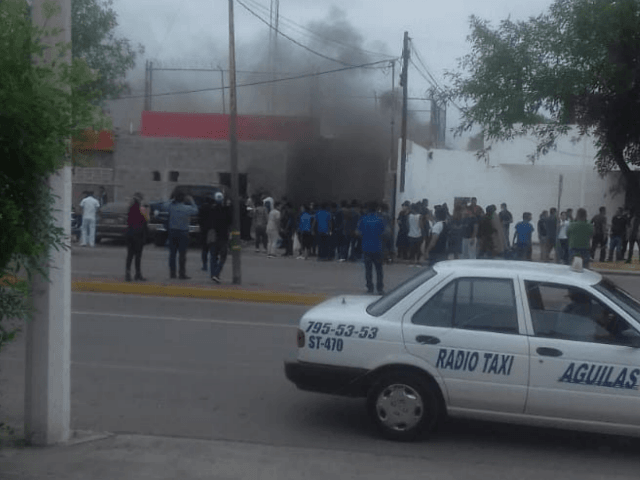 While the federal building does have some detention capabilities, it was recently refit to house more migrants since some local shelters were forced to close following the arrival of the Coronavirus. Currently, the border city has two confirmed cases. Piedras Negras is immediately south of Eagle Pass, Texas.

The border city is a migration hotspot where hundreds, primarily from Central America, arrived with hopes of claiming asylum in the United States. Several at the detention center entered Mexico in an illegal fashion and were awaiting deportation.