Customs and Border Protection officers in the Laredo, Texas, area seized more than 1,600 pounds of methamphetamine in two cross-border shipments. Officials estimated the value of the two drug seizures at nearly $30 million.

CBP officers assigned to the World Trade Bridge on August 14 observed a tractor-trailer approaching from Mexico for entry into the United States. The driver presented a cargo manifest indicating a shipment of industrial mixing machines, according to information obtained from CBP Office of Field Operations officials. 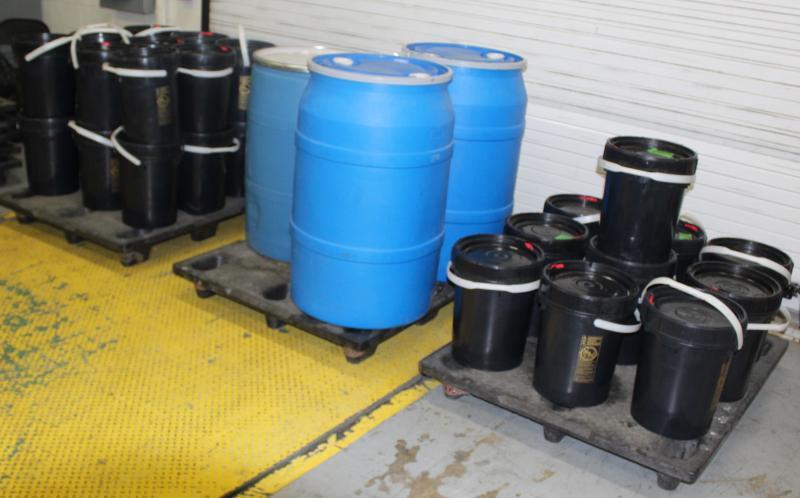 The officers referred the driver to a secondary inspection area for a K-9 search and a scan from a non-intrusive imaging system. The scan revealed anomalies leading officers to search the trailer. The physical search led to the discovery of 1,211.13 pounds of methamphetamine hidden in the cargo.

An initial search by a K-9 and non-intrusive imaging system led officers to conduct a physical search of the trailer. During the search, the officers found 398.77 pounds of methamphetamine, officials reported.

In total, the officers seized 1,609.9 pounds of methamphetamine in the two shipments with an estimated value of more than $29.8 million.

The officers seized the drugs and turned the cases over to ICE Homeland Security Investigation special agents for further investigation and preparation of drug trafficking charges.

“The scope of methamphetamine abuse in the U.S. is on the rise,” said Acting Port Director Andrew Douglas, Laredo Port of Entry. “Seizures like these underscore the importance that CBP officers play in achieving our overall national border security mission and protecting the public from illegal narcotics.”