A South Texas sheriff’s office deputy recovered the body of a recently deceased migrant on a ranch located about 90 miles from the U.S-Mexico border. The migrant appeared to die near the end of his attempt to march around the Falfurrias Border Patrol checkpoint on U.S. Highway 281. 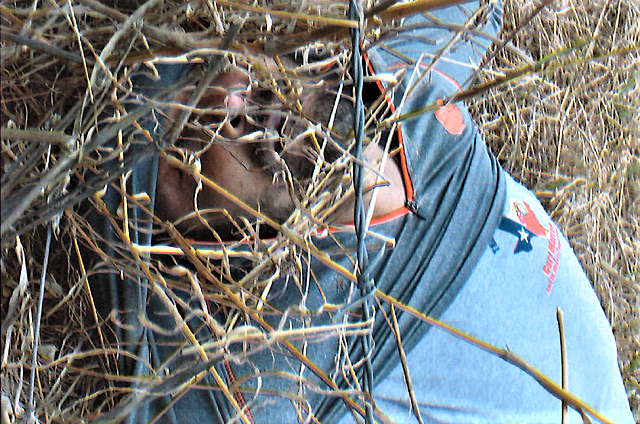 Deputy Lemus arrived at the entrance to the gate and met up with a U.S. Border Patrol agent who guided him and a local justice of the peace to the location of the body.

After traveling approximately two miles into the ranch, Deputy Lumas observed the body of a man lying on his back with his arms and legs spread out. The man appeared to have died very recently, perhaps from exposure to very cold temperatures.

The area where they found the body is a well-known human smuggling pickup point along Highway 285 where smugglers will pick up the migrants who successfully complete the march around the immigration checkpoint located south of Falfurrias. The march frequently takes several days. It appears this migrant was about two miles from the completion of his journey when he was abandoned by smugglers when he could not keep up.

“This is the callous nature of these smugglers,” Brooks County Sheriff Benny Martinez told Breitbart Texas in a phone interview. “If you are on this march and get injured, sick, or for any other reason cannot keep up, they simply leave you behind to die.”

The justice of the peace made the statutory pronouncement of death and a local funeral home made arrangements to transport the body to the Webb County Medical Examiner. There, Dr. Corrine Stern and her staff will conduct an autopsy to positively identify the man and determine the cause of death. Once identified, Dr. Stern’s office makes contact with the decedent’s home country for notification of next-of-kin and set up the return of the body to the family.

This is the first migrant death in Brooks County this year, Sheriff Martinez told Breitbart. In 2020, Martinez’s deputies assisted in the recovery of 34 migrants. This is down from 45 the year before.

Martinez said the reduction in deaths comes in spite of large numbers of migrants who continue to sneak through his county. “Border Patrol agents are doing great work to find these people before they succumb to the elements,” he stated.