In the name of multiculturalism European states have allowed hundreds of sharia enclaves to be established called “no-go zones,” which are being exploited by terrorists.

​In describing the danger as not just a French problem, Gorka noted that in Sweden, the United Kingdom, The Netherlands and France there already exist hundreds of districts “where the writ of the state, the sovereignty of that nation does not apply” and where Islamic or sharia law is imposed in contravention of the laws of the land.

In France the situation is so grave, according to Gorka, that there are now 751 such “Sensitive Urban Zones” as the French government euphemistically calls them.

The official French government maps of these zones are unclassified and available here.

An official depiction of one of the Paris zones: 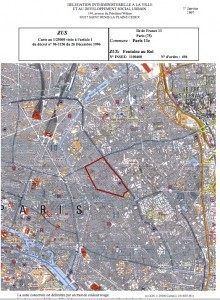 For an example of those who wish to turn the United Kingdom into an Islamic state see here.

Here is the story on the 55 “No Go” zones the Swedish police have recognized as no longer under their control.

According to Gorka these enclaves are “hotbeds of radicalization and recruiting and of course provide safe-haven for the kinds of people that did the attack in Paris just a few days ago.”