On Tuesday’s broadcast of CNN’s “Situation Room,” House Majority Whip James Clyburn (D-SC) called on New York Gov. Andrew Cuomo (D) to resign, but declined to call for Cuomo’s impeachment by saying that while he thinks the state legislature will let Cuomo know they’re thinking about impeaching him, “I hate to pile on.”

Clyburn said, “I have not read the report. The headlines coming from it, the gravity of the charges, and it looks as if all of the allegations were substantiated. I don’t see how you survive that. So, I suspect he would do himself and the city of New York — or the state of New York a whole lot of good if he were to resign.”

Host Wolf Blitzer then asked if Cuomo should be impeached if he doesn’t resign.

Clyburn responded, “I think that the legislature will probably let him know that they’re contemplating that. You know, I hate to pile on. So, I’ll just say, he ought to save himself and the state the agony.” 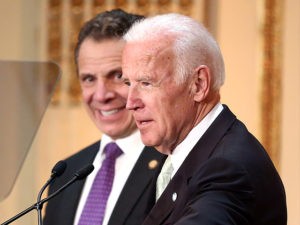