Moreover, the local station reports Anderson (pictured) “was a one-time follower of the Black Hebrew Israelite movement, a group whose members believe they are descendants of the ancient Israelites and may adhere to both Christian and Judaic beliefs.” 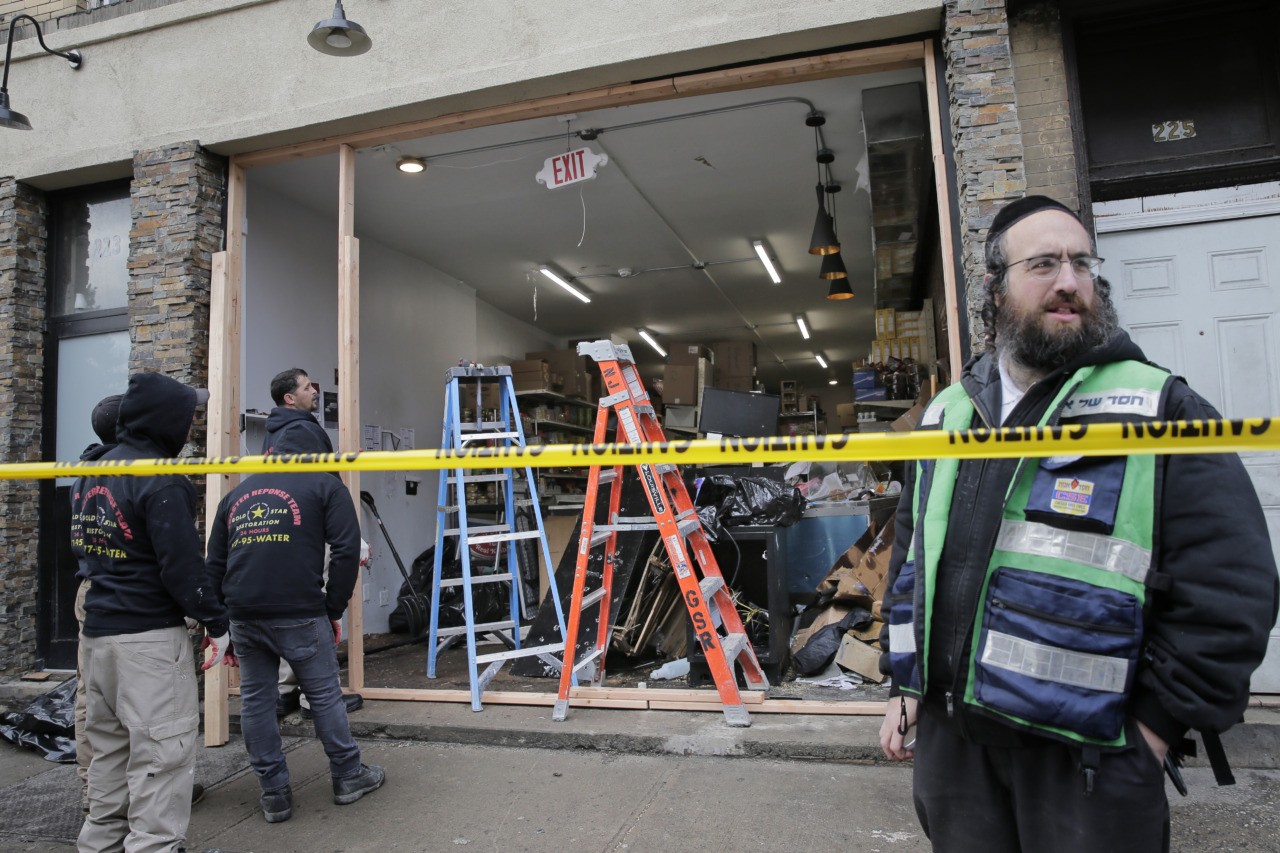 People work to secure the scene of a shooting at a kosher supermarket in Jersey City, N.J., on Wednesday, Dec. 11, 2019. Jersey City mayor Steven Fulop refused to call it an anti-Semitic attack but said surveillance video showed the gunmen driving slowly through the city’s streets and then stopping outside a kosher grocery store, where they calmly got out of their van and immediately opened fire.
(AP Photo/Seth Wenig)

On December 10, 2019, Breitbart News reported that Detective Joseph Seals and three civilians were killed in the Jersey City attack. The Hudson County Prosecutor’s Office confirmed that two additional officers and a civilian were wounded but stable.

The attack began at a cemetery, then ended up in a Jewish grocery store, from which the attackers took part in an hours-long shootout with police, who ultimately killed the two suspects. Hours after the attack, Jersey City Mayor Steven Fulop indicated the preliminary investigation into the shootout indicated “the active shooters targeted the location they attacked.” He noted that the community should be prepared to see a bolstered police presence “in the days/weeks ahead.”

DNYUZ reports that one of the two perpetrators of the attack “had [allegedly] published anti-Semitic and anti-police posts online and investigators believe the attack was motivated by those sentiments.”