Conservative talk show host Larry Elder has said he would reverse a state parole board’s decision to recommend parole for Sirhan Sirhan, who was convicted of the assassination of Robert F. Kennedy in a hotel kitchen in 1968.

Sirhan Sirhan’s parole was approved by the board on the 16th attempt last week. The decision now goes to the governor, who would make the decision after the Sep. 14 recall election — meaning that a replacement for Gov. Gavin Newsom (D) could theoretically decide.

On Saturday, Elder tweeted: “Outrageous and frightening that @GavinNewsom’s handpicked LA DA @GeorgeGascon was absent from #SirhanSirhan parole hearing. No concern for victims. While I admire the compassion of two RFK family members who spoke in favor of parole, six others expressed disappointment.

“This is not the criminal justice they deserve. I support #victimsrights Newsom has failed to do so. As #CAGov I would deny Sirhan parole. Will Newsom?”

This is not the criminal justice they deserve. I support #victimsrights Newsom has failed to do so. As #CAGov I would deny Sirhan parole. Will Newsom?

By “handpicked,” Elder is referring to the fact that Newsom, then the outgoing mayor of San Francisco, appointed Gascón to fill the post vacated by Kamala Harris, who had been district attorney of San Francisco before being elected California Attorney General.

Gascón would go on to relax law enforcement in the city, making San Francisco synonymous with petty crime and public defamation. He was then elected last year to be district attorney in Los Angeles County, with Newsom’s support, and has been extremely unpopular since, facing his own potential recall election.

Sirhan Sirhan, a Palestinian immigrant, shot and killed Kennedy as the latter was leaving the Ambassador Hotel ballroom through the kitchen, following a victor address in the California Democratic Party presidential primary. He likely would have gone on to be named his party’s presidential nominee, and may have won the 1968 presidential election. 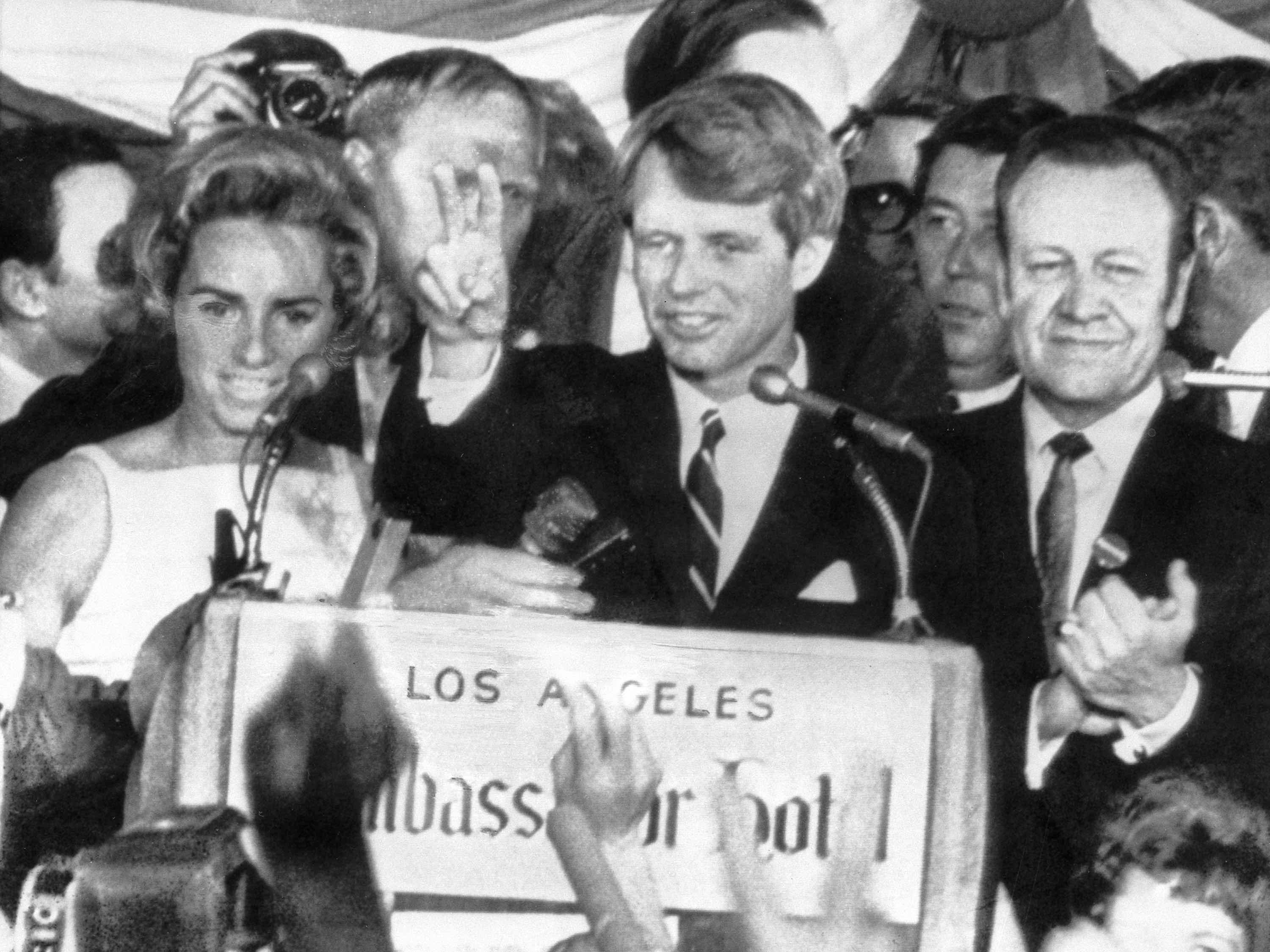 U.S. Sen. Robert F. Kennedy holds two fingers up in a victory sign as he talks to campaign workers at the Ambassador Hotel in Los Angeles, Ca., June 5, 1968. He is flanked by his wife Ethel, left, and his California campaign manager, Jesse Unruh, speaker of the California Assembly. After making the speech, Kennedy left the platform and was assassinated in an adjacent room. (AP Photo)

Sirhan said later that he had admired Kennedy at first but then hated him because of his support for Israel.