An Arizona polygamist cult leader was recently accused of marrying 20 women, including his own daughter and several underage girls, according to the FBI.

Samuel Rappylee Bateman, 46, has been held in jail in Arizona since September after FBI agents raided his two homes in Colorado City in September in search of evidence of any sexual relationships between underage children and adults. He has since been held in jail on suspicion of child abuse.

Bateman is the cult leader of a small Mormon offshoot group that came from the Fundamental Church of Jesus Christ Latter-Day Saints (FLDS), in which he claimed himself to be a prophet in 2019.

According to an FBI affidavit filed Friday in Spokane, Washington, and obtained by the Salt Lake Tribune, Bateman allegedly amassed “approximately 50 followers and more than 20 wives, many of whom are minors, mostly under the age of 15,” directing them to participate in group sex acts.

The affidavit was filed by FBI Special Agent Dawn A. Martin. 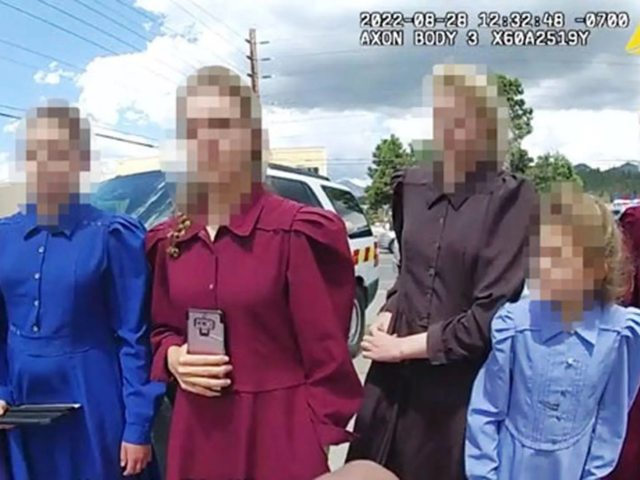 Among the long list of disturbing allegations, an audio recording shows Bateman telling a couple in November 2021–while driving them home in a Bentley–that the Heavenly Father instructed him to “give the most precious thing he has, his girls’ virtue,” to three of his adult male followers while he would watch. One of the girls involved was allegedly 12.

“God will fix their bodies and put the membrane back in their body. I’ve never had more confidence in doing his will. It’s all out of love,” Bateman allegedly said, per the affidavit.

Furthermore, the affidavit alleges that Bateman would force underage girls to watch group sex acts in which he or his followers would participate.

Martin’s affidavit notes that residents of Colorado City, including family members, contacted authorities in 2020 alleging that Bateman was marrying girls as young as 11 and 9.

A family member also told the FBI in 2019 that Bateman said he felt prompted to marry his own teenage daughter.

Prior to leaving FLDS, Bateman was a trusted follower of leader Warren Jeffs, who is serving a life sentence after being found guilty of raping minors he married while also being convicted of several other charges. Jeffs has recently denounced Bateman from prison, the Daily Mail reported.

In August, Bateman was arrested in Arizona after authorities found him towing a cargo trailer with girls unsecured inside. However, he was released shortly after.

Although he has not been formally charged with sexual abuse, the affidavit says there is probable cause Bateman trafficked minors between Arizona, Utah, Nevada, and Nebraska for purposes of engaging in illicit sexual conduct between May 2020 and November 2021.

The current charges Bateman faces include three accounts of child abuse due to the girls found in the trailer and allegedly ordering his followers to delete the messaging app Signal from his phone after he was pulled over and arrested during a traffic stop.