A Chinese-American civic group is opposing Sen. Mike Lee’s push to accelerate the inflow of Indian graduates into voting booths, U.S. workplaces, and the Utah economy.

CALL YOUR US SENATORS. DEMAND A PUBLIC HEARING NOW!

The WSJ ad directs readers to visit a website, formiddleclass.org. The group also delivered copies of the newspaper to each Senate office.

Lee’s revised S.386 bill would remove the pro-diversity “country caps” in immigration law to quickly redirect green cards to at least 300,000 Indian workers plus their family members. Investors in Silicon Valley and Wall Street are importing the Indian graduates to replace large numbers of middle-class Americans.

The bill would also create a new legal status that bridges the multi-year gap between the low status of H-1B visa workers and the full political status enjoyed by immigrant voters. This “Early Adjustment” bridge would help and encourage India’s roughly 900,000 white-collar migrant workers (plus their 300,000-plus family members) to stay in the United States until they gain citizenship.

Congress and the investors created and preserve the India problem by dangling the offer of citizenship to visa workers who agree to take Americans’ jobs. So the resulting rush of Indian visa workers created a huge backlog in the green card program that can provide roughly 20,000 cards to Indian workers and family members each year.

The lobby group for India’s workers, Immigration Voice, is working with industry lobbyists and the Indian government to lift the “country cap” limit on green cards for Indians.

GOP senators say they oppose any bill that would increase the number of green cards, likely because they do not want to raise the inflow of Democrat-leaning immigrant voters into their states. That objection is a problem for Lee because any bill to give green cards to the investors’ army of India’s workers would automatically take green cards from many other would-be migrants.

The other migrants come from China, the Philippines, Brazil, Argentina, Ireland, Korea, and many other countries. The ethnic lobbies for these groups, including the Ancient Order of Hibernians, are objecting to Lee’s visa-to-voters plan for the investors’ H-1B workforce.

Some business groups — as well as groups of U.S. professionals — have also organized to defeat Lee’s bill.

The professionals’ groups include Protect U.S. Workers, as well as White-Collar Workers of America, the American Workers Coalition, and Progressives for Immigration Reform, which raises funds at the U.S. Tech Workers site. The groups argue that Lee’s pro-Indian bill would encourage a huge new wave of Indian managers and workers to take U.S. jobs via the uncapped and wide-open Optional Practical Training program.

The U.S. groups are complemented by a group of non-Indian students, dubbed Support All of Us, which includes Ph.D. candidates and post-doc scientists.

This broad white-collar opposition to Lee’s outsourcing bill has been largely ignored by the white-collar journalists who work at establishment media sites, such as Jeff Bezos’s Washington Post.

The opposition to Lee’s S.386 bill is now being supported by the Chinese civic action alliance. The group’s website says:

We are a group of US graduates from a variety of STEM related industries with a shared goal of helping ALL immigrants with their pursuit of American dreams by pushing forward with an employment-based immigration reform.

On open letter by the group says:

this bill will make things worse, since it does nothing to address the cause of the massive backlog consisting mainly of Indian nationals. In the past decade, outsourcing firms have systematically abused temporary work visas to import workers with below-average wages into the US. This has resulted in ~70% annual H1B visas given to foreigners from one single country. The solution should be not limited to tighter examination of H1B applications. By removing the per-country cap, the bill allows workers contracted to outsourcing companies to crowd out high-skilled workers who have degrees from American universities.

In short, this bill fixes NOTHING and creates more problems than it claims to solve. It may also bring about humanitarian issues like family separation.

The website also argues that Lee’s bill will degrade U.S. technology development as Indian managers take over technology hiring but also that India’s visa workers are pushing Americans out of jobs. 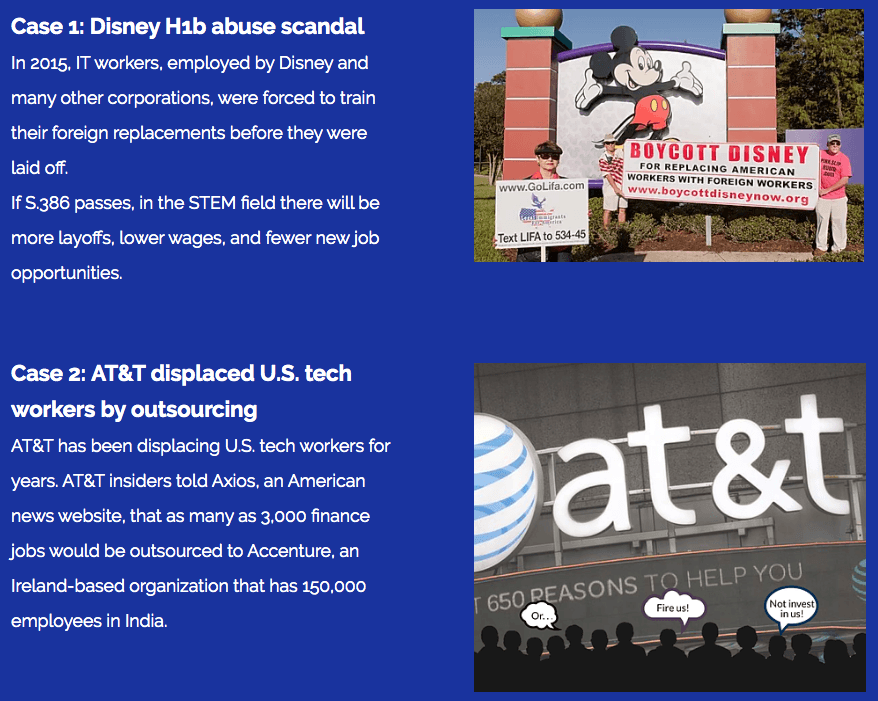 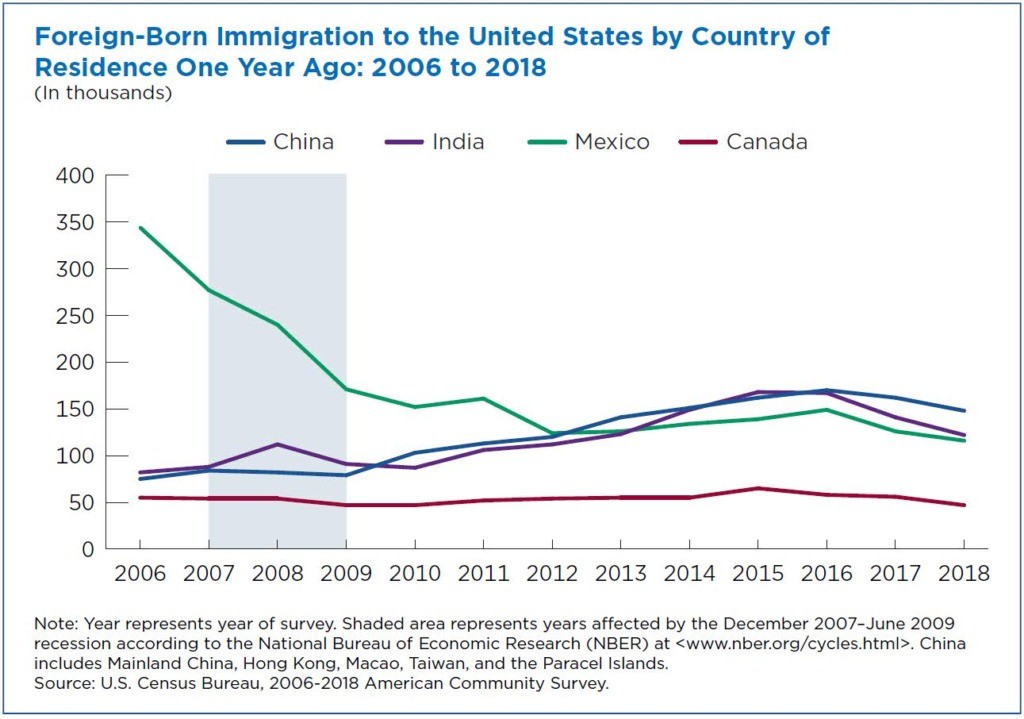 But Lee’s green card bill is strongly backed by some GOP members and by business groups — especially in Utah.

The bill is designed to help Utah build up its technology industry, which locals have dubbed, “Silicon Slopes.” His bill would provide green cards to the resident H-1B population and so encourage a continued inflow of Indians into Utah via the H-1B and the huge Optional Practical Training visa program.

The extra supply of cheap Indians would allow Utah companies and investors to expand their workforces without having to recruit and pay more Americans, such as Utah’s college graduates. The imported Indian workers would also raise the price of houses sought by Utah’s new families.

In Utah, like many places around the country, tech CEOs have maxed out their local talent pool and are looking to hire foreign-born workers to keep their companies thriving.

As president and CEO of World Trade Center Utah, it’s a story I hear over and over. One tech company in Sandy recently had to turn down significant new business opportunities because such visa restrictions made it impossible to bring on several qualified workers from India who were needed to meet growing demand.

Overall, Utah’s more than 272,000 immigrants have long been important contributors to our state’s economy, generating $5.3 billion in spending power and starting businesses at higher rates than the U.S.-born population.

Another group of American professionals, the Chinese-American Alliance, has been successfully raising funds to rent anti-S.386 billboards in Lee’s home state:

Billboards in Silicon Slope Utah.
CAA request #publichearing for bill #s386/#sa969!
1. Indian-only-hire-Indian is illegal in the US
2. H1b visa frauds by #ICC is criminal.
3. Forcing the US workers to train their foreign replacements is a federal felony! @SenateJudiciary pic.twitter.com/m7AJJ6c99A

Under President Trump, blue-collar wages have been rising faster than white-collar salaries.

One reason for the slowdown in white-collar salaries is that investors and companies have imported roughly 1.5 million white-collar visa workers, including roughly 750,000 H-1B workers and roughly 900,000 Indian workers, often via illegal channels.